Visit your parents/sibling/cousin/old buddy/hometown and "bring back" the old guitar you lent out/had in storage.

Timbresmith1 said:
One day, I just decided I wasn’t going to lie about that stuff anymore. I’m an adult male. I work. I’ve ALWAYS worked. Why the hell am I pussyfooting around?
It started after a new couch and overstuffed chair showed up without my input. Then she got a new computer. I found out that there was “Our money”, and “Her money”. My money was automatically “Our money”. Hers was not. Screw that.
Click to expand...

Yeah, that aint ever gonna work.

northernguitar said:
Been there. I was pathetic.

Half the time, I wonder if these 'poor' husbands are buying an axe instead of paying down the mortgage or their kids tuition.

If matters are secure, and there's still a problem, it aint the need for another guitar.
Click to expand...

Agreed. My mother was a “shopaholic” (in other words, gambling by other means) and put our family into some moderate but not unsubstantial debt over it. And that was just like, pier 1 imports and bed bath & beyond. Shudder to think about the boys with their toys that I often see.
Last edited: Jan 26, 2022

Masmus said:
I’m not suggesting anyone do this, I just thought it would be a fun excersize after I saw happyenchilada post. I’ll begin.

My wife says she doesn’t care if I get more guitars but I will get that sideways look anytime I bring new gear home. Once I may have bought an identical 70’s. Strat to replace my first guitar when I retired it and she may not have noticed since they look the same.
Click to expand...

That's exactly what I did!! My wife bought me my first electric guitar for my 50th B-Day. That was twelve years ago. She was pestering me about doing something for the "big day", gift wise and a party. I was really of the opinion that I could care less. It was just another birthday. Not to her. So I piped up that I had a recurring dream for many, many years, that I was playing on a stage, in front of a large crowd, and I was playing Strat in three colour sunburst.

I have no idea why I had that dream. Up to that point, I had only played acoustic and harmonica. She asked me to go pick one out. I knew nothing about electric guitars aside from the brands. I headed to a local shop that I use to buy harps at, and they had one, an American Deluxe Strat, in three colour sunburst. I think it was about $1200CDN at the time. Like I said, I knew nothing about electric guitars.

Well, she bought it, and at first I couldn't be happier. It then developed a problem with the truss rod, so the neck had to be replaced. I then realized I just hated the tone of the noiseless pick ups. And the final straw was noticing that the body was put together with three very poorly matched pieces of wood.

I decided I would sell it, and replace it with another three colour sunburst, shooting below the radar. I found a gorgeous 2011 Custom Shop that became it's replacement. To the uninitiated, you wouldn't notice. To anyone else, the first thing you'd notice is the gorgeous bird's eye maple neck!!

The lesson in all of this, if you want to slip something in under the radar, make sure it looks the same, or so similar that she won't notice!!!

JL_LI said:
If those purses cost as much as a guitar you and your wife both know you’re overextended.
Click to expand...

Overextended would be based on a lower income.

I buy her something first. Usually something substantial. One time she said she needed a regular iPad for her work and leisure, i bought her the top of the line iPad pro.

Then in goes my new guitar. Lol


Just kidding. I always ask if i can buy a guitar before buying, i dont lie on the cost either. I just make sure her stuff costs more than mine. Lol

loopfinding said:
Agreed. My mother was a “shopaholic” (in other words, gambling by other means) and put our family into some moderate but not unsubstantial debt over it. And that was just like, pier 1 imports and bed bath & beyond. Shudder to think about the boys with their toys that I often see.
Click to expand...

Unfortunately it’s more pervasive than one would think. I can’t even count anymore the cases I know.

I always show off my new acquisitions to my partner. Who else am I gonna tell, none of my other friends care about guitars! The cats? Plus it feels like a bad deal to be dishonest about it.

Now how much it cost? As another tdpri user once said, "the information is available on request." She does.

PSA to help some of you get your 'man card' back: (from an old post of mine)

This is how it's handled in my house:

Use caution when trying to deceive your wife, as you might find that you now have a reliced guitar.

You guys have this all wrong.

As any good magician will tell you, the key is misdirection.

Hire an escort. Walk through your front door with the guitar in one hand, your other arm around the girl. I GUARANTEE you, you won't hear a WORD about the guitar. 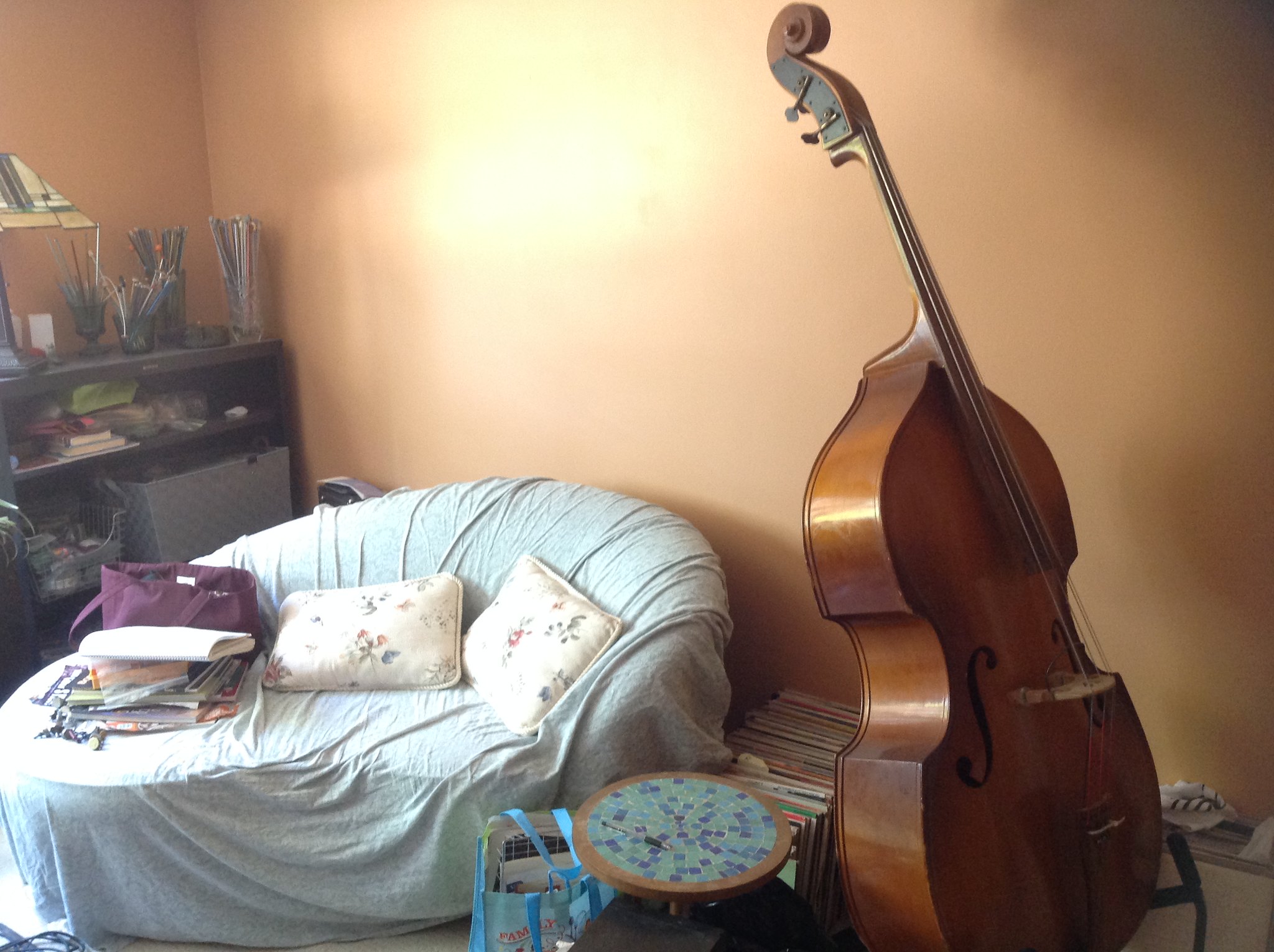 Found this at a screaming good deal. I told my wife: “I bought something big, but it’s not a boat” To my surprise, she thought it is super cool. Of course, house plant purchases went through the roof for about 3 months. We support each others vices.

Can't be done. My wife is the 'banker'. She knows where the money goes.

Mrs doesn't care...but I've found an empty pedal box on the kitchen table draws attention from other parts of the house .

When my buddies ex-wife said something about his $7000 Les Paul he told her too shut the f up. He took a hit on the guitar to pay his lawyer.

Found this at a screaming good deal. I told my wife: “I bought something big, but it’s not a boat” To my surprise, she thought it is super cool. Of course, house plant purchases went through the roof for about 3 months. We support each others vices.
Click to expand...

My wife actually wants to get a DB. It’s for her but of course I’ll enjoy it too. (I’m an electric bass player, and we used to own one before we moved cross country.) we’re in the process of looking for one atm.

But the best part is playing together, and I get to sharpen my guitar playing too.

It’s not sneaking it in, it’s sneaking the CC through. So i switched to cash

We have a deal I can spend my gig earnings on any gear I like. But I’m kinda phasing out gigs, so we need a new deal. I burned through last summer’s earnings, but my latest guitar and amp were purchased with full transparency; she got her fair share of clothes and other goodies to match.

Mrs 24 knows every model of everything I own and at one point the vintage.......
I did have a friend carry in my brand new 78' strat and when he left and did not take it with him she clued in , how ever the only thing she said to me was "why do you have 22 guitars? ) and since then has never lifted an eye brow to the issue .
You must log in or register to reply here.