The input jacks on my AC30CC2 have gone bad. They use those crappy plastic Cliff jacks that are flimsy as hell. The jacks are attached to an printed circuit board which is removable when the jack nuts are unscrewed and the ribbon cable is disconnected from the chassis.

In addition to the jacks there are ferrite beads and capacitors used to bypass the output of the jacks. I looked around and ordered a jack replacement that has a metal nut and metal sleeve that will fit the board but I'd rather use Switchcraft jacks because they are a lot more reliable. I found a YouTube vid where a guy had done that, abandoning the circuit board altogether. He didn't provide detailed information on how he wired it and never gave a close look of his work. After I did a bit of research it seemed to me he had it wired incorrectly even though it worked.

So I studied the board trying to figure out a practical and correct way to wire it all up. I've attached a crude drawing of what I think it should be, I'm looking for some verification it from someone smarter than me. I think my confusion came from differentiating between the input negative and the chassis ground.

The schematic I have shows three ferrite beads but the ones from my amp have a resistor in place of the hot lead for the top boost and normal channels and one ferrite bead on the shared ground. They are used for RF filtering apparently. I've read that resistors may be used in place of the ferrite but I don't know which would be better, or why Vox change to use resistors for that matter. If I'm reading the color code right it looks like they are 10k resistors. Should I use these, or use three ferrite beads as indicated on the schematic?

Any opinions, comments would be very much appreciated. 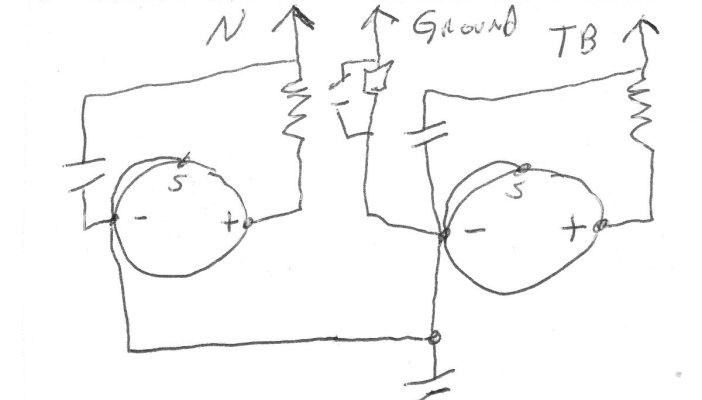 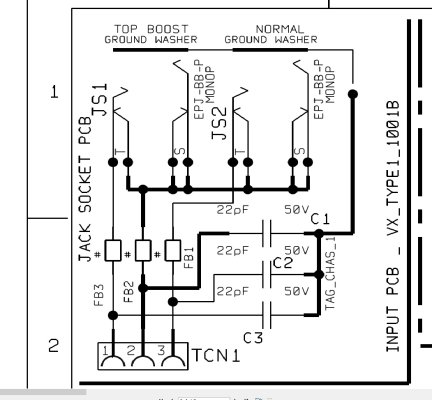 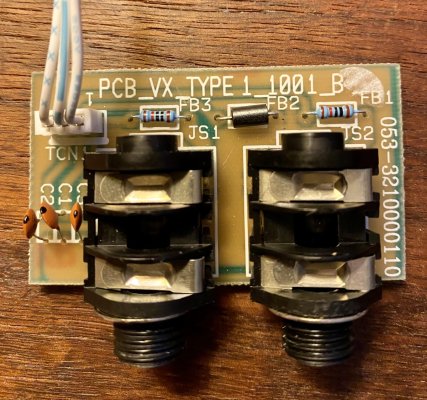 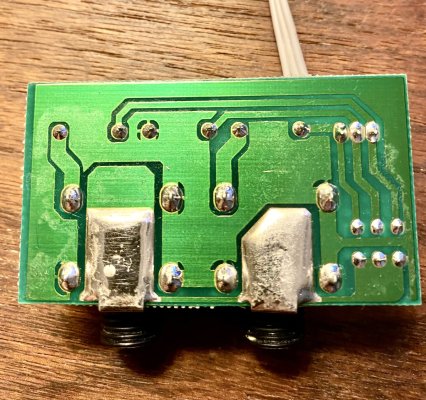 A true Cliff brand jack will last decades as many old Marshall amps are still using their original jacks. What does fail on these newer amps, is the solder connections at the board. A quick heat and reflow of the solder points may fix your issues if you have not tried yet. Another option would be to use a standard Cliff jack with solder lugs and use short wires to connect between the new jack and solder points on the board.

I'll let some of the sharper minds weigh in on your schematic to see if it's correct.
You must log in or register to reply here.