Thomann announced a new product that looks almost exactly like the Fender Mustang Micro, but offers 14 slots for amps & effects rather than Fender's 12 slots. And the current cost is listed as $53 (but shipping from Germany is almost $30).

Given that many of the Harley Benton-branded amps end up being re-branded and sold by Monoprice, will a Monoprice version be far behind? 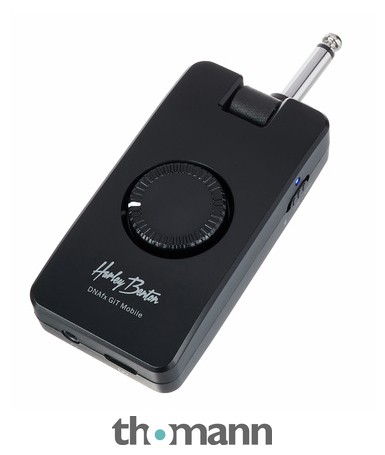 I can see why they did that. The Mustang Micro is rather popular and was out of stock for some time and it currently is so again on thomann's website.

I've already got the Mustang Micro and really like it. It is a cool tool and it is good sounding. To be honest, I think Andertons and others on the web over sold it to some extent. I think the general problem with that channel is, everything almost always sounds very good. Not that the Mustang Micro does not sound good, but I think it is fair that a headphone amp at this price has some limits to its' sound.

It is easy to use, much better than the previous headphone amps I have tried and allows for practice at times where it would otherwise be impossible.

It's going to be interesting to read the reviews on the Harley Benton version.
Last edited: Jun 12, 2022

Jensen said:
Not that the Mustang Micro does not sound good, but I think it is fair that a headphone amp at this price has some limits to its' sound.
Click to expand...

Not as much as you'd think. So much of this stuff has been migrated to software that the limiting factor is the amount of compute horsepower fits the budget. HB says the models in this thing come from the DNAfx GiT (just as the Mustang Micro gets its models from the GTX), so there's lots to be saved by reaching into the parts bin.

The shut-up-and-take-my-money moment for me in this category will be when there's a gadget like this that can take custom patches from the floor unit I use every day.
Last edited: Jun 14, 2022

I just got a Mustang Micro and I think it’s going to get a lot of use, particularly for learning songs by playing along. Considering what a bad experience headphone practice is normally, it’s more than acceptable. You could practice or even gig with the sound quality. If someone were to package this sort of tech into a Strat pre-amp module that can go straight to DI, I would be all over it. Hopefully some of these other manufacturers take the concept further rather than just copy.

Im surprised that HB havent been sued by the majority of makers of the guitars they copy.

It’s possible that Thomann has a quiet deal with them. After all, Thomann is the biggest music store in Europe and probably sells boatloads of the makers’ guitars they copy.

Since I was already placing another order with Thomann, I ended up ordering the subject of this thread. I missed getting one from the first batch. They estimate 1-2 weeks before they are in stock again.

Matthias said:
If someone were to package this sort of tech into a Strat pre-amp module that can go straight to DI, I would be all over it.
Click to expand...

You can already run the output of either into a line-level input. I've done that with my MM to devices ranging from Bluetooth speakers (with line inputs) to my audio interface to the stereo in my wife's car while on a road trip.

The only down side is that it's not balanced. If you're willing to forego stereo, the output could be made balanced in software by inverting one channel on the way out. Then you'd need some magic incantation to turn that feature on and off so there doesn't have to be a separate SKU for it.
Last edited: Jun 25, 2022

FWIW, the effects and amp emulations are supposedly lifted from this: https://www.thomannmusic.com/harley_benton_dnafx_git.htm
T

It looks interesting - I have the Fender version on backorder. I'm tempted to cancel the order and just go for the HB version, although I'm hesitant, since I haven't read any reviews.

I have a NUX mighty plug, similar to the Fender thing but cheaper. 67€ vs. 109€.
The NUX software is compatible with the Harley Benton bluetooth amp.
the nux mighty plug can't be found on Thomann anymore.
maybe that's where the deal stems from.

I have the NUX Mighty Plug, it came out a little before the Mustang Micro. It is a cool tool for headphone practice, it has more options and effects than the Mustang micro. There is a third party app to load additional IRs. The new Mighty Plug Pro is coming out, it has more power and additional features. We are spoiled with choice. 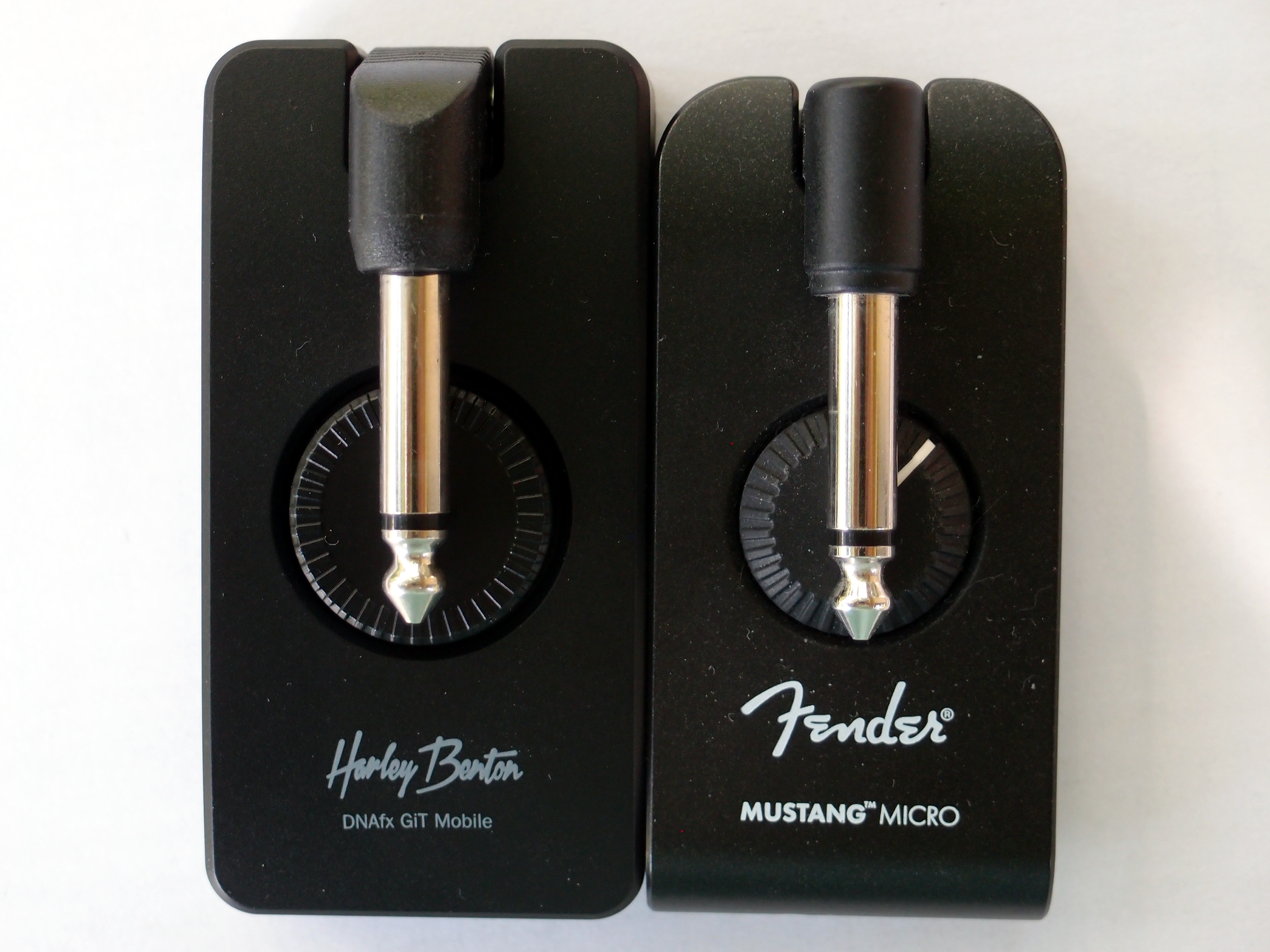 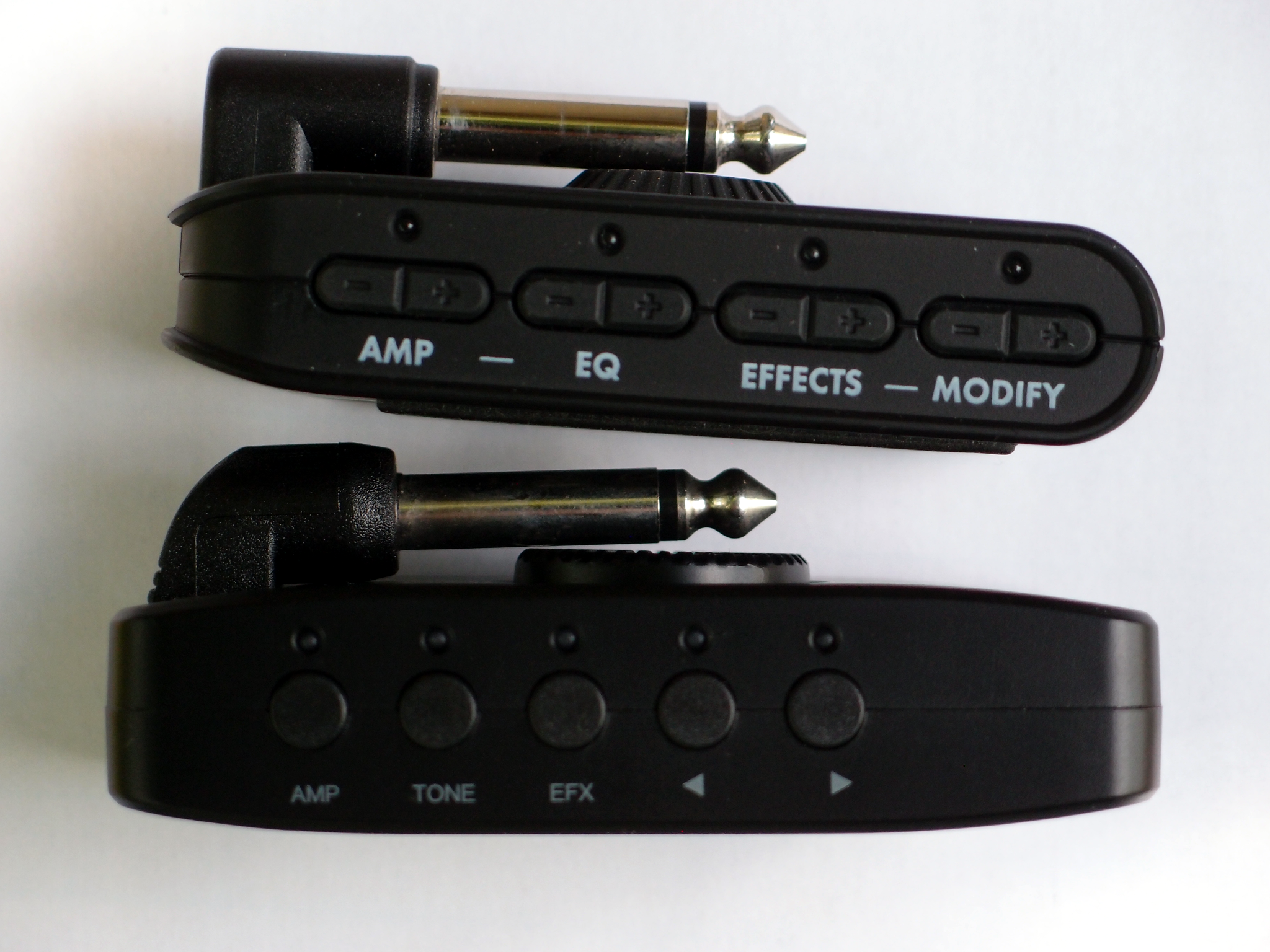 I just got it out of the box (and verified that its battery has power). Now I'm off to try it out.

My initial frustration involved tweaked settings that wouldn’t stick (no, I didn’t read the manual first). After reading the manual, I learned you have press the AMP button to save your settings for that particular amp slot. If you switch amp emulations without saving your changes, they won’t stick.

The gripe I always have with the Mustang Micro is a somewhat gated hiss that appears when you turn the guitar volume down — it cleans up but these is hiss because some sort of compression is happening that raises the noise floor. That doesn’t happen with the GiT Mobile (is that what we are going to call this?)

I think the least impressive emulations on this HB device are the Twin & Deluxe. If those are the most important ones for you (or you need the transparent Studio Preamp) then get the Mustang Micro. The Acoustic Guitar simulation is kind of cheesy, but useable if you use heavy effects (consider it a freebie or a way to sonically recognize where you are when rolling thru the sequence of 14 emulations).

I’m especially enjoying the Super-Sonic, JCM800, Powerball & 5150 III. The Super-Sonic is surprising good (and flexible). Why didn’t Fender put that on the Mustang Micro??

Like the Mustang Micro, this has 5 tone settings too. So no difference there (other than having to hit AMP to save your tone changes).

As for the effects.. I didn’t spend much time with them yet, but I think the Mustang Micro has better effects. The GiT Mobile offers 10 adjustments per effect instead of the 6 Fender offers, so there’s that.

When they pioneered a new form factor, I think Fender spent most of their effort on the Mustang Micro’s interface and indicators to make it acceptable to people. Harley Benton didn’t have to do that. Riding on the coattails of Fender, I think they spent most of their effort on the amp emulations (they are copied from their pedal) and the interface seems like an afterthought — a workable afterthought.

If you require dead-simple and only need a couple of clean emulations (and you’re willing to pay more for it), get the Mustang Micro. Otherwise, get the Harley Benton DNAfx GiT Mobile, enjoy the lack of hiss and sometimes mutter about the stupid interface.

Hey Fender & Harley Benton: there’s an area on the back of these things where you could put a 1 or 2 digit LCD. It’s much easier distinguishing what that indicates rather than 12 to 14 color graduations from an led (which shade of blue is this? or is it turquoise?) Provide the color led *and* something character-based (or have it tell an app on my phone so I don’t have to guess) Well, that will probably be on the next generation’s models.

Yea, I thought the Fender was lacking on clean settings

Those kinds of lawsuits seem to be targeted specifically, for who knows what reason (Gibson went after Dean and PRS, but paid no attention to the dozens of other companies copying Gibson products).

I love my MM. Found a setting I liked, so now it’s just plug & play.

NUX has upped their game and just came out with the Mighty Plug Pro
simultanous USB -C live streaming/ recording of Mic and guitar is just one of improvements.
seems like they're taking the cake

WelhavenTW said:
I love my MM. Found a setting I liked, so now it’s just plug & play.
Click to expand...

I’m glad it’s working for you. I though my Mustang Micro was pretty neat when I got it. But mine is now gathering dust since getting the Harley Benton DNAfx GiT Mobile. It just plain sounds better to me (less artificial) than the MM.

The 14 amp emulations in it are a subset of emulations available in the floor pedal version (same name minus the “Mobile”). It’s got me wondering what I’m missing.