I've only tried them a few times but haven't been impressed. I'm in Oregon and they're not common so perhaps I've never had good grits.

I think there should be a way to block posts about grits...
B

ISmellSmoke said:
I think there should be a way to block posts about grits...
Click to expand...

there is, it’s the scroll stick at the end of your hand.

Grits are great and a real southern tradition. Grits, sauage, gravy, and bisquits. Learned to love them when my friends were students at VCU in Richmond. Richmond in the late 70s was a GREAT place to be. Remember passing at seeing the Talking Heads at the student union because they didn't look like rock stars - no glitter, no flannel shirts, or other rock apparell. How funny but a year later I realized I missed a golden opportunity.

ISmellSmoke said:
I think there should be a way to block posts about grits...
Click to expand... 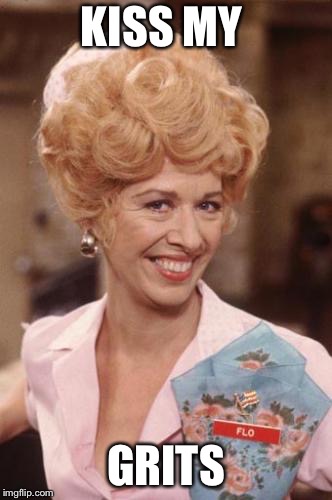 I voted ' a conditional YES '

I'm actually not had them much- my wife never made them for breakfast ( and I can't even boil water) - so just not a lot of exposure...

BUT, I do love seafood, NOLA Cuisine, and 'shrimp & grits' ( with andoulie sausage) is an amazing meal!

I may have even started a grits thread myself

I like grits but I am also in the South.

I will note however, that I was raised on plain grits with just butter and hot sauce which I still prefer to this day over the cheese grits that seem to be the only option available in Nashville.

The first time I was even exposed to them was in Savannah, GA, about thirty years ago. I had no idea what they were, but my wife (who's Jamaican) likened them to something they eat in JA, turned porridge, also made from a type of grits. She was all over them.

During those many trips down south, I never had them, but she always would. Fast forward to the last sixteen months of being cooped up, and buying cookbooks left, right and centre, and following multitudes of chefs on Insta, and I got introduced to a whole range of different, tantalizing recipes with shrimp. lobster, ham, bacon, oysters, and more.

I learned of a agricultural business in South Carolina that specializes in bringing back heirloom produce, Anson Mills, and the type of corn that has historically been used, is one of them, as well as Sea Island red peas and Carolina Gold rice. I decided to place an order, as several recipes that I had saved called for the peas, and others for the rice. Anson Mills posts some great recipes on their web site.

They can be made plain with just butter, but IMHO, they are so much better when a shrimp stock is reduced, and mixed with sautéed pieces of slab bacon, shallot and jumbo Atlantic or Gulf Coast shrimp. Yes, I have learned to really like them, this northern boy from Canada.

I’m married to a gal from Mississippi, so grits are as compulsory as pickled Okra. Grits fried in bacon grease are heavenly. As a bonus, after eating you can listen to your arteries harden

When I was little, my grandma made garlic cheese grits. She'd cook them long enough that there was a bit of a brown layer on top. That's my favorite iteration of grits.

Not a big fan of slop. Then again, I love oatmeal.

I like the taste of grits but I have to be careful to restrict my portion and have plenty of protein with them. I’m diabetic and grits are a high glycemic index food. Blood sugar goes up fast. Ice cream actually raises my blood sugar less.

RobRiggs said:
I’m married to a gal from Mississippi, so grits are as compulsory as pickled Okra. Grits fried in bacon grease are heavenly. As a bonus, after eating you can listen to your arteries harden
Click to expand...

Love them. Grits-rookie protip: they are a savory dish, not a sweet dish. No honey, sugar, etc need be applied, or should be.

Basic, "Waffle House" grits are not my favorite. However, crock-pot grits are heavenly. They get a risotto-like texture, creamy and wonderful.

"The Perfect Pig" restaurants in the Seagrove area of the FL panhandle make the galaxy's best grits...served in a coffee mug.

I like them best with lots of butter, some salt, and some pepper if they're for breakfast. But all the fancy variations are good. I never even saw them until I started college in Atlanta.
You must log in or register to reply here.