My paternal great-grandfather had a four-door 1953 Chevrolet in that old 1950’s GM dark green. The trunk lid had started rusting when the paint wore off, so he painted it…with a paint brush.

My maternal grandmother had a huge creme/yellow early 70’s (?) Pontiac Grand Prix. Looked like a boat. Rode like one too. She replaced it with a 1978 Ford Pinto Station Wagon (which was the first engine I ever rebuilt).

JL_LI said:
My grandfather drove Pontiacs. My dad bought a Bonneville with a 421 because he planned a drive cross country to Seattle and needed a car with enough power to cross the Rockies. Volkswagens did it in 3rd gear but not like an air conditioned Bonneville. He mellowed in his old age. His last car before he died was a 4 cylinder Camry.

I’m a grandpa now and my wife’s a grandma. No Buicks for us. No Japanese cars either. I worked for a Japanese company and looking at cars I passed a Lexus dealer and stopped in. My wife told the salesman, “No way. That just a Japanese Buick”. I have a leased BMW 330xi and just bought my wife a Z4. So she’s the little old lady from Long Island cruising down Northern Boulevard. My wife’s a card. I got rear ended in my last BMW and we had to get an insurance rental. She carried on until Enterprise gave her a Cadillac. And then she wouldn’t let it in the driveway lest someone would think it’s ours. You can’t make this stuff up.
Click to expand...

buicks are made in china now

drmordo said:
YES!!! I almost bought a 70 Chevy Kingswood (Impala station wagon) a few months back and am still not sure I made the right decision.
Click to expand...

Cool. That was near end of more individual GM designs. By 71/72 they had the clamshell rear gate and window but still individual division engines with common transmissions. I think a 1970s would be more truly Chevrolet, and those clamshell gates the next gen had might be a liability because they had enough issues when new.

I love wagons. We have a van and are about to buy our 3rd wagon from my mother in law's estate. As much as few buy new wagons in the US, they still sell strong in some other places.

(Sorry, I wish I had a bigger scan handy.)
Click to expand...

Nice. My dad's dad wanted a new Cadillac and new Chris-Craft boat before he died and got both in his last few years. They were every bit as memorable as the other side grandmother's Buicks but the Cadillac did not rumble same way the Buick Wildcats did.

Jake909 said:
1957 Buick Century. My mother's dad was a Greyhound bus driver and loved owning classy cars. Always a Buick or an Olds. Traded every two or three years. I think this is a great two-tone color combination, though this is not his actual car. They could do a Tele in these colors and I'd buy it.

man that is killer! Dad was fond of Buicks. We had quite a few.
In high school I had this 57 Pontiac in the salmon and grey: (doncha love the way they stretched these out in the brochure!)

We migrated from CA to WA in dad's '49 Roadmaster. Just like this one. I still remember the smell of that grey mohair upholstery. Our Shepard Saddles riding in the back with me and my Sis, head out the window and drooling. Hiway 99 (no I5 then) 2 lanes, hot.
I've wanted a 49 Roadmaster for years now so bad it hurts. Dynaflow! You could play football on that hood! 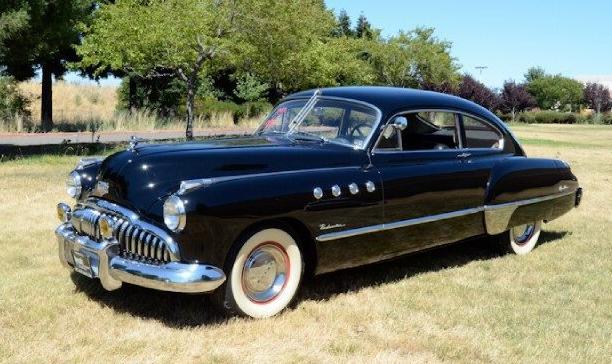 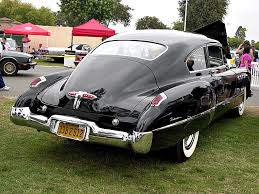 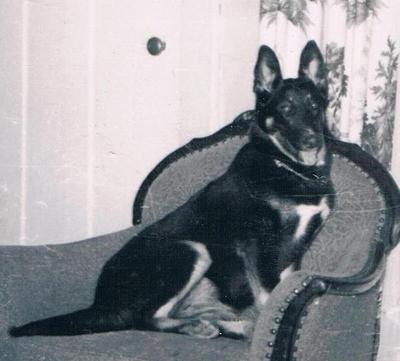 imwjl said:
Nice. My dad's dad wanted a new Cadillac and new Chris-Craft boat before he died and got both in his last few years. They were every bit as memorable as the other side grandmother's Buicks but the Cadillac did not rumble same way the Buick Wildcats did.
Click to expand...

Dad stuck with Cadillacs until his death in 2004; unfortunately, I could see their build quality diminish with each new model.

My paternal grandfather was a Buick man. Always owned one. The first I remember was his green 1950 Buick Super which he sold to my parents when he bought his new two-tone gray and white 1955 Buick Roadmaster. 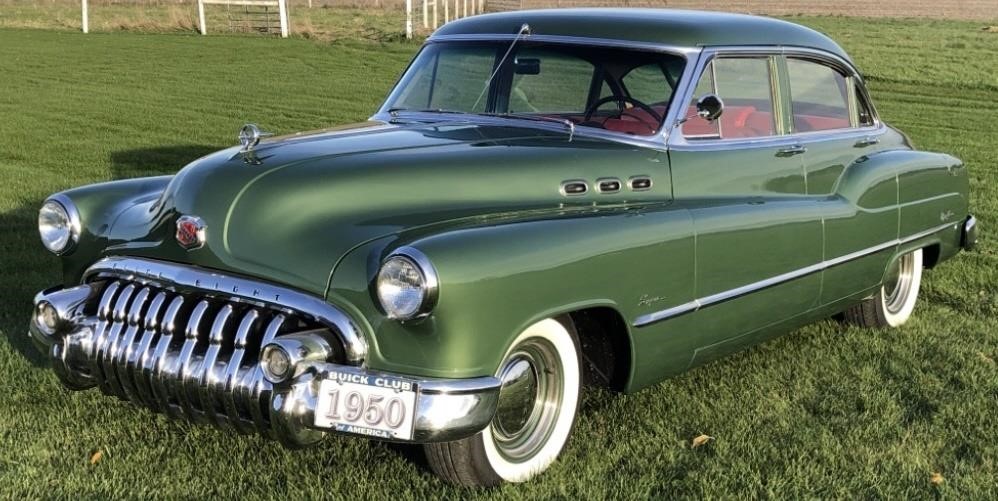 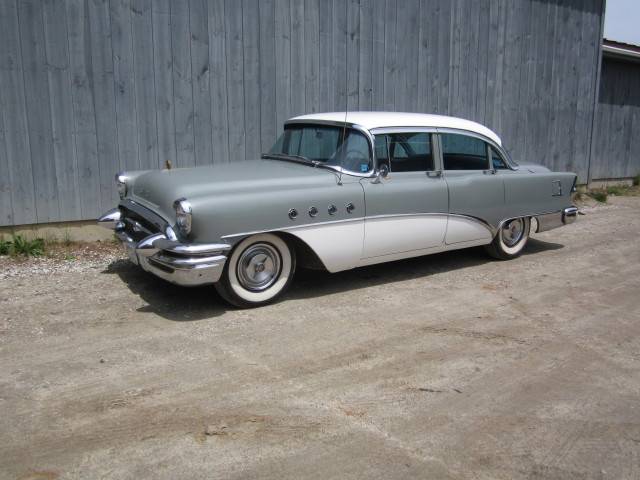 My maternal grandparents likely never had a car. Grandpa died in 34 from black lung. Grandma died in the 60s, I don't know what she drove.

Paternal grandpa was a driver in WWI and wrote about driving a "big black Dodge car." The Army had bought a bunch of 1916 Dodge phaetons...I have a picture of him standing in uniform next to one.

After the war, he worked at a Hudson dealership. No idea what he drove, if anything. Died in 46.

catdaddy said:
My paternal grandfather was a Buick man. Always owned one. The first I remember was his green 1950 Buick Super which he sold to my parents when he bought his new two-tone gray and white 1955 Buick Roadmaster.

I have a 1955 Roadmaster Riviera. Got a local trophy a couple of years ago.

Teleguy61 said:
I don't remember my paternal grandparent's cars, but my maternal grandmother had two cars:
1960 Chrysler Imperial, and a 1960 Chrysler Valiant, which we all loved--
Click to expand...

I don't get Chrysler's fixation over the years of turning models into marques. They did it with the Imperial - first it was a Chrysler Imperial, then it was just an Imperial, then for a few years it was "Imperial by Chrysler". The Valiant was originally just a Valiant for 1960, then became a Plymouth Valiant later, so they did that one in reverse. Then in more recent times, the Dodge Ram trucks became Ram Trucks.

Ford tried that too, the Comet was originally going to be an Edsel Comet, but they axed Edsel so it was introduced as just a Comet, sold by Mercury dealers. Then after two model years it became a Mercury Comet.

ndcaster said:
cars? look at this guy, my grandparents had horses
Click to expand...

My grandparents had horses also.
The only difference being that in rural Ireland it was their main mode of transport until moving to Glasgow in the late 50s.

I'm looking on with sheer awe and at the same time utter envy at these cars in this thread.
American cars (and some older European cars) have always held a fascination for me.
Apart from the engineering the bodywork design is sheer art.
From the curves and fins in the 50s right through to the muscle cars in the 70s, I've always had a real interest in American cars (no idea what happened in the 80s onwards, cars all got a bit ordinary looking).

Even as a kid in the 70s cars in Scotland(Glasgow in particular) were about one car per half dozen households so I'm actually the first generation (in my 50s now) in my family to be a car owner and that wasn't until my mid 20s.
We're making up for it now right enough.

There's 6 cars between myself, wife, son and daughter albeit 2 of those a work vans.

I can't seem to get my lower jaw to work and there's a klaxon-like ringin' in my ears.

I've no idea what's happening to me when I see this car but someone's gonna have to call the NUUURSE!!! My grandparents were born in the 1800's. They lived in NYC and never drove.

My grandparents on my father's side had decent cars. They had a 69 Thunderbird with a 429 in it for years. Eventually, that was traded in for an 82 Riviera with a 350. Grandma always complained the Buick just did not have the "get up and go" of the Ford.

My maternal Grandma had a large Dodge Polaris late in her life but that's the only car I remember of hers. Paternal Grandpa had an '80 El Camino POS. My own parents had the cool cars. Dad had a 64 GTO and Mom had a 65. He also had a 68 Le Mans. Mom had a 66 Barracuda, 66 Chevelle, 68 Mustang and "almost" bought an early 70s Volvo P1800 but was afraid of the maintenance costs.

At my first job, the deli would sell cookies at the mall for extra money. The owner's nephew was tasked with going to the bakery and picking them up. I was sent with him to help. He drove a Wildcat convertible. I remember it was raining cats and dogs and this maniac was driving over 130 mph. No seatbelts, guess they wouldn't have helped much. I never rode with him again after that. The guy was legitimately insane.

My grandfather kept a Citroen 2CV in the barn for running around his farm. Cute little thing.