For comic book enthusiasts: when the titular character is NOT the main character of the series. 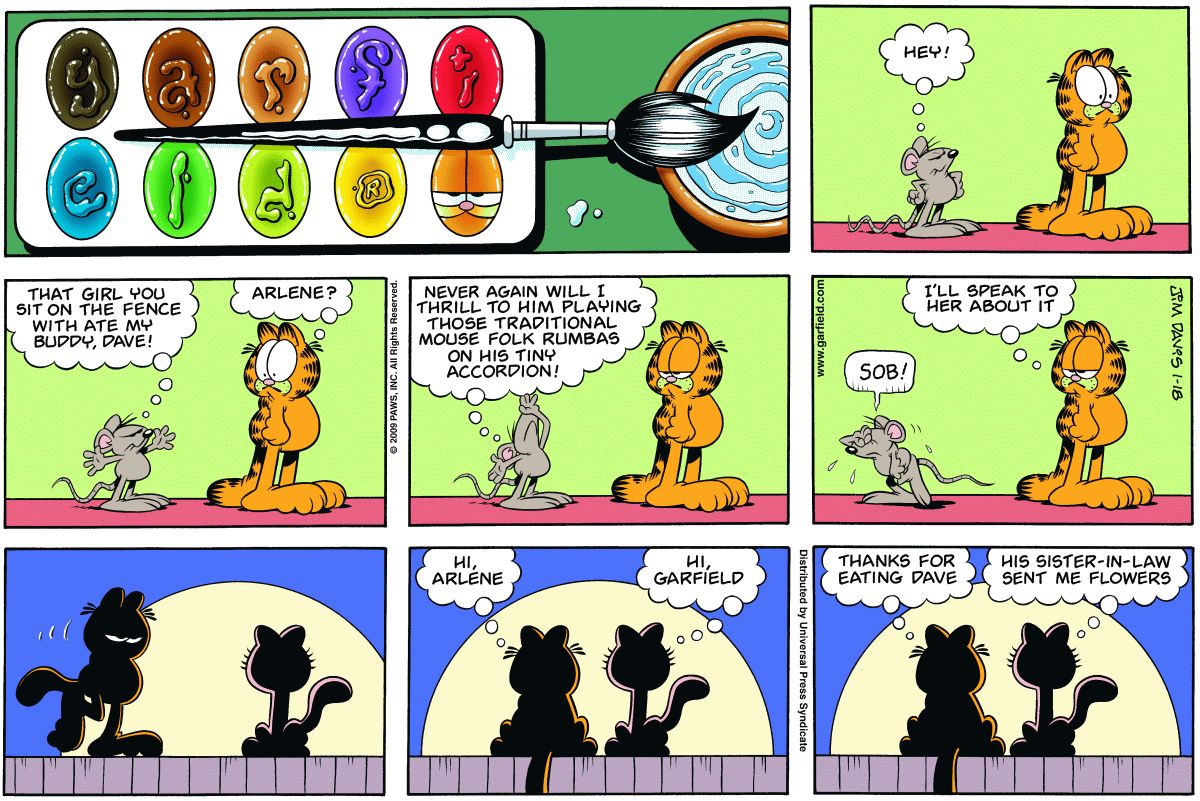 This strip of Garfield shows to good effect how big a role side characters can play in a comic, as to both embellish the story line and the personality of the titular character.

But in some comics, it is the side characters which make up the entire story, with the titular character being a rather Stoic presence. Yes, Garfield is the main character is his series and all the comic strips are about him. But in some comic book series, that's not the case, and I figure it to be fun to talk about those series. 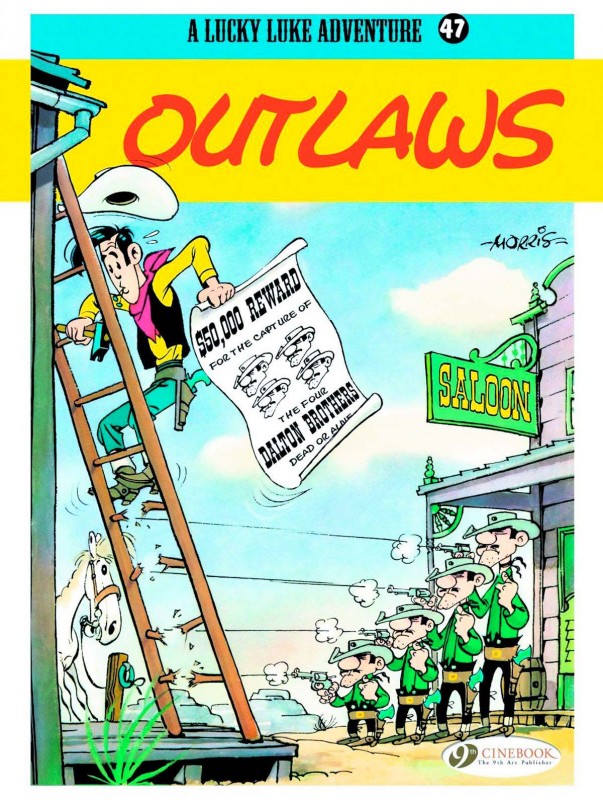 Lucky Luke is probably the most famous comic book cowboy ever. With a still ongoing series, several cartoon series, feature films and a live action starring Terrence Hill, our "Poor lonesome cowboy" has done very well for himself in the last 70 years.


The intro song of the eighties Cartoon series.

So why would I include Lucky Luke as not being the main character of his own series? Well, let's have a look at that "Outlaws" album of his. That was one of the final albums which cartoonist Maurice De Beeveren (AKA Morris) did by himself, and he came up with a winning formula.

Now Prior to "Outlaws" Lucky Luke, the guy, was like THIS. 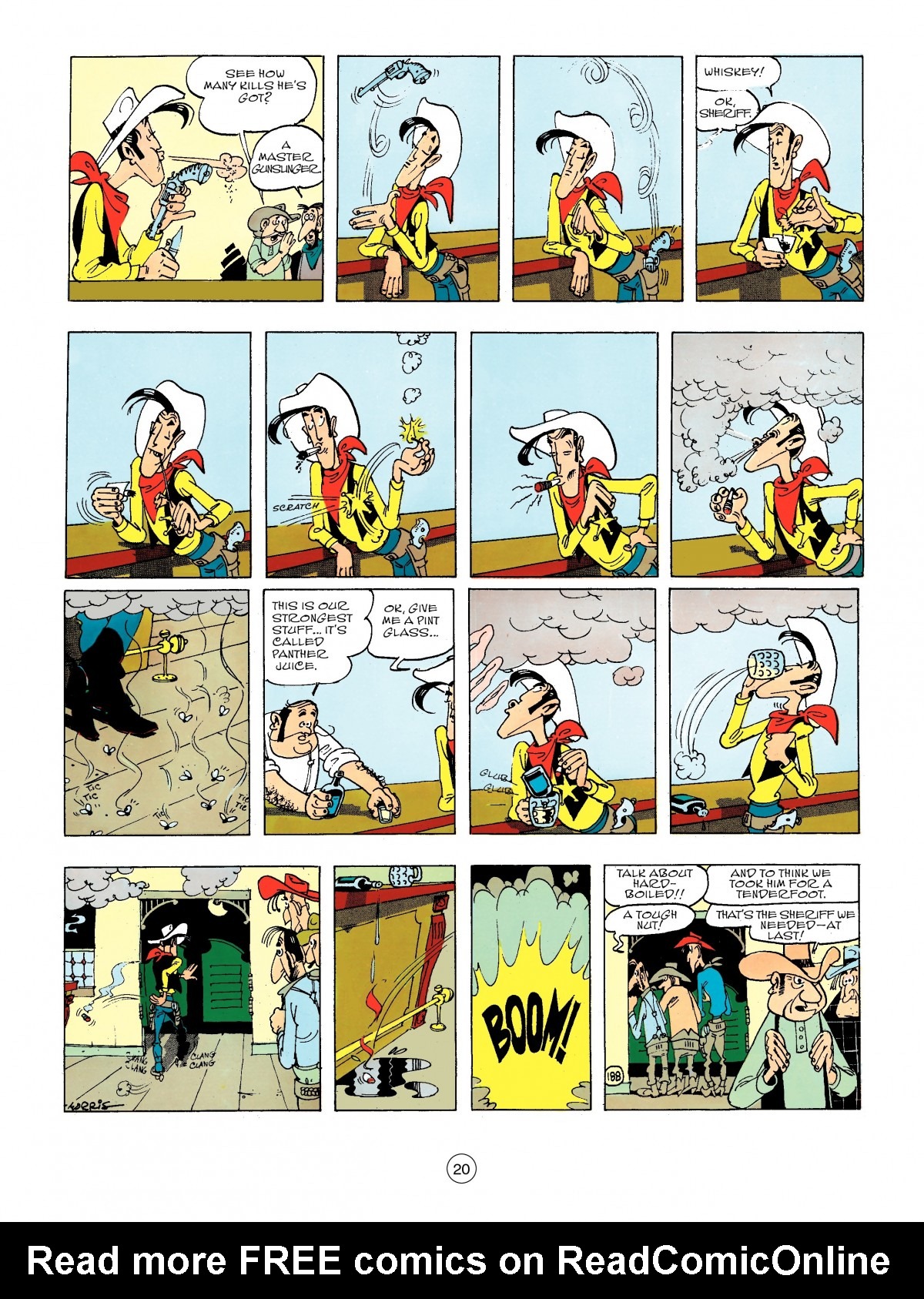 "Outlaws" is one of the most violent of all the Lucky Luke comics that Morris penned. Having based the comic on the book "When the Daltons rode" by Emmett Dalton who was there during the disastrous double raid in Coffeyville, which is also referenced in the song "desperado" by The Eagles. But from the moment you open up the comic, it's very clear to see who the real stars are. 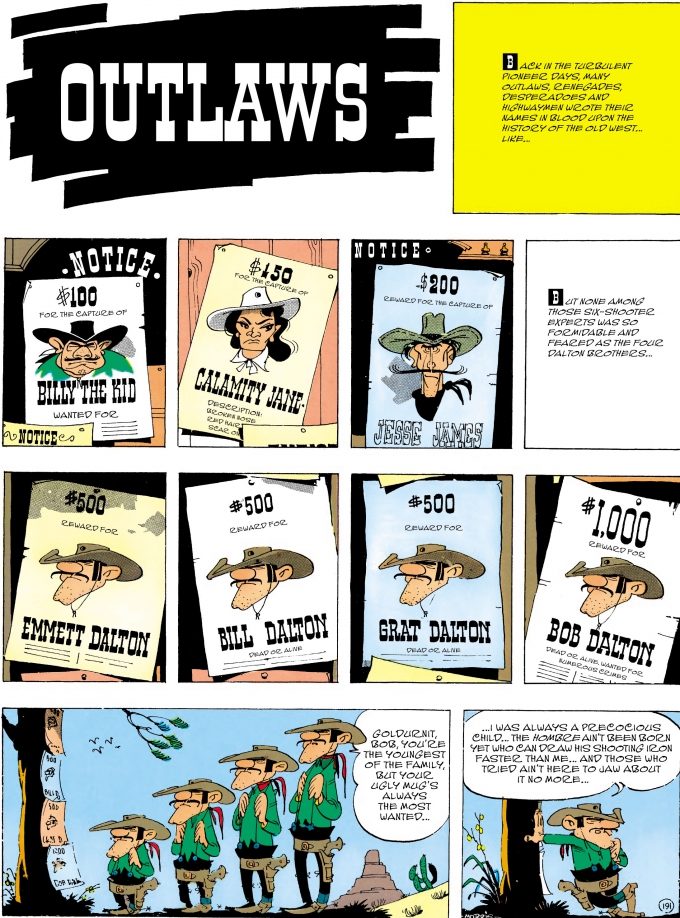 In fact, it takes eight pages until Luke even appears. 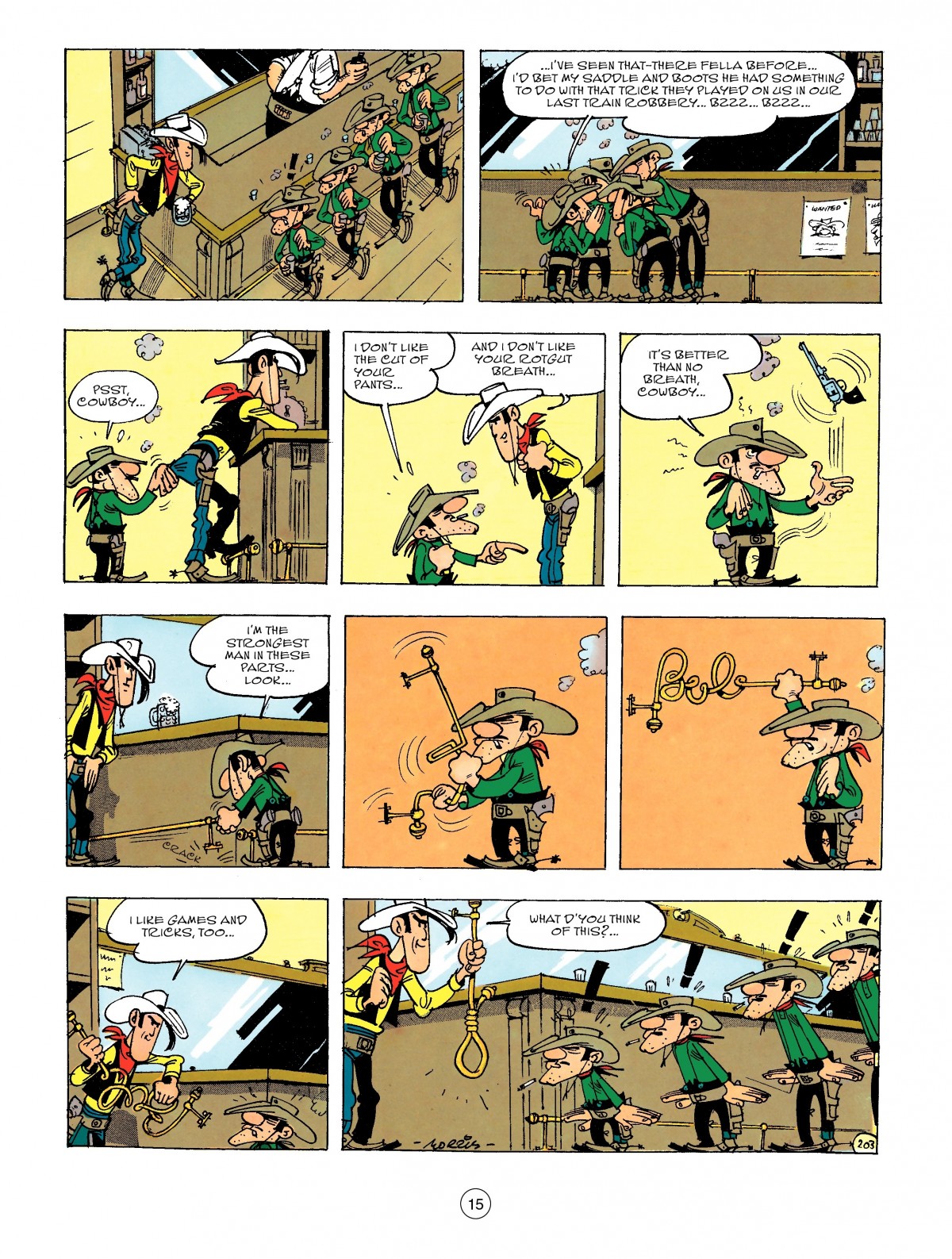 The story goes on showing the Dalton brothers gang going through their adventures trying to stay away from the law. Lucky Luke barely appearing. The comic ends how it ended for the real Dalton gang, they were gunned down at Coffeyville, with Emmett being the sole survivor.

"Outlaws" became a break out hit for Morris and Lucky Luke but he also had a problem. The Magazine which published it deemed it too violent, and how was he to follow up this story with having killed off the Dalton Brothers which were the TRUE stars of this comic? 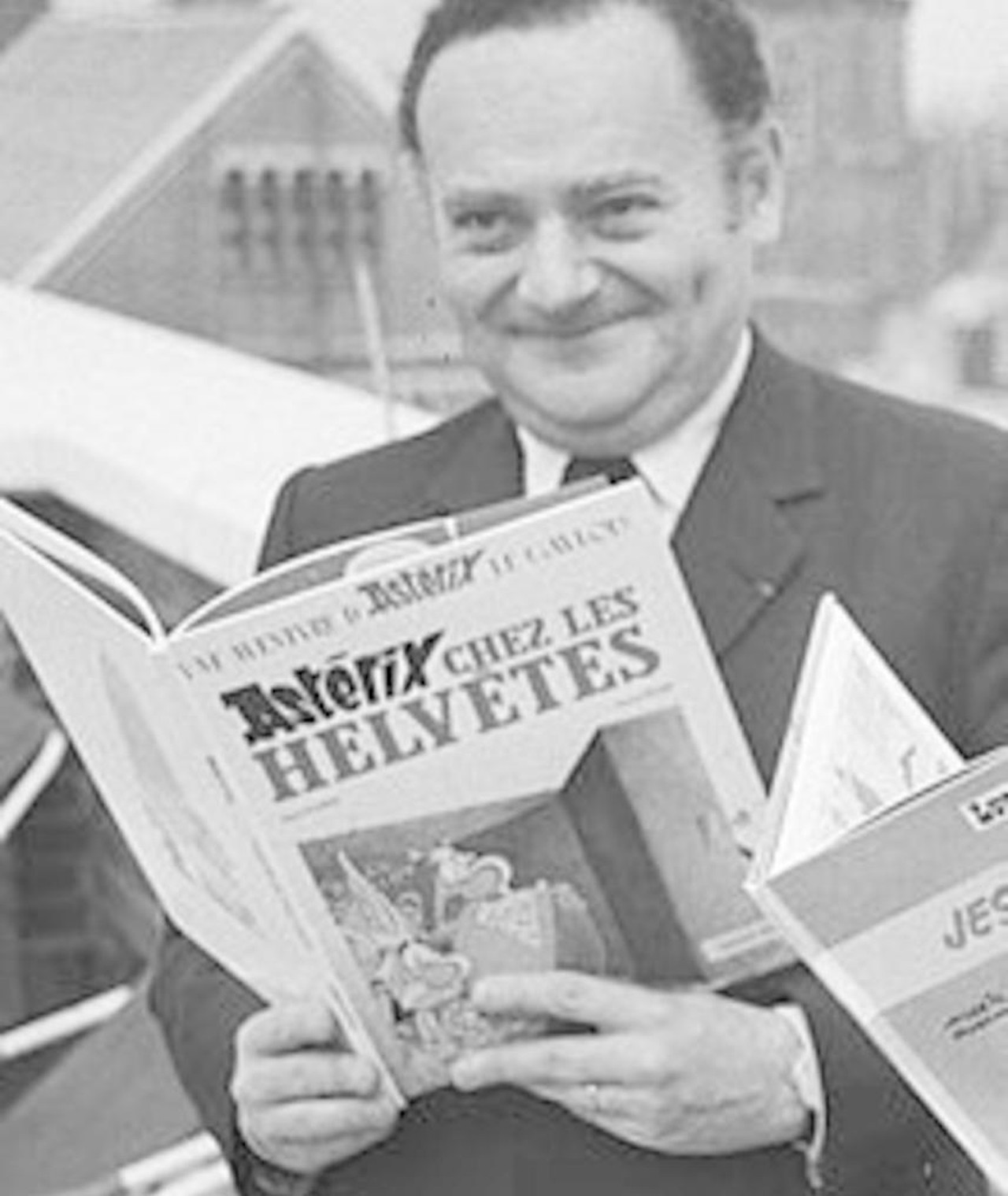 Who already made a name for himself writing the scenarios for the "Asterix" series. He approached Morris on writing Lucky Luke scenarios, but also proposed a change in Lucky Luke himself.

Under Goscinny's pen, Lucky Luke would become a secondary character in his own series, as all comics from "Outlaws" on would focus on the bad guys and their interactions with Lucky Luke. He also brought a lot more humor in the stories themselves, as this scene in "the cousins Dalton" showcases. It's a reprise of the Saloon showdown in "Outlaws". 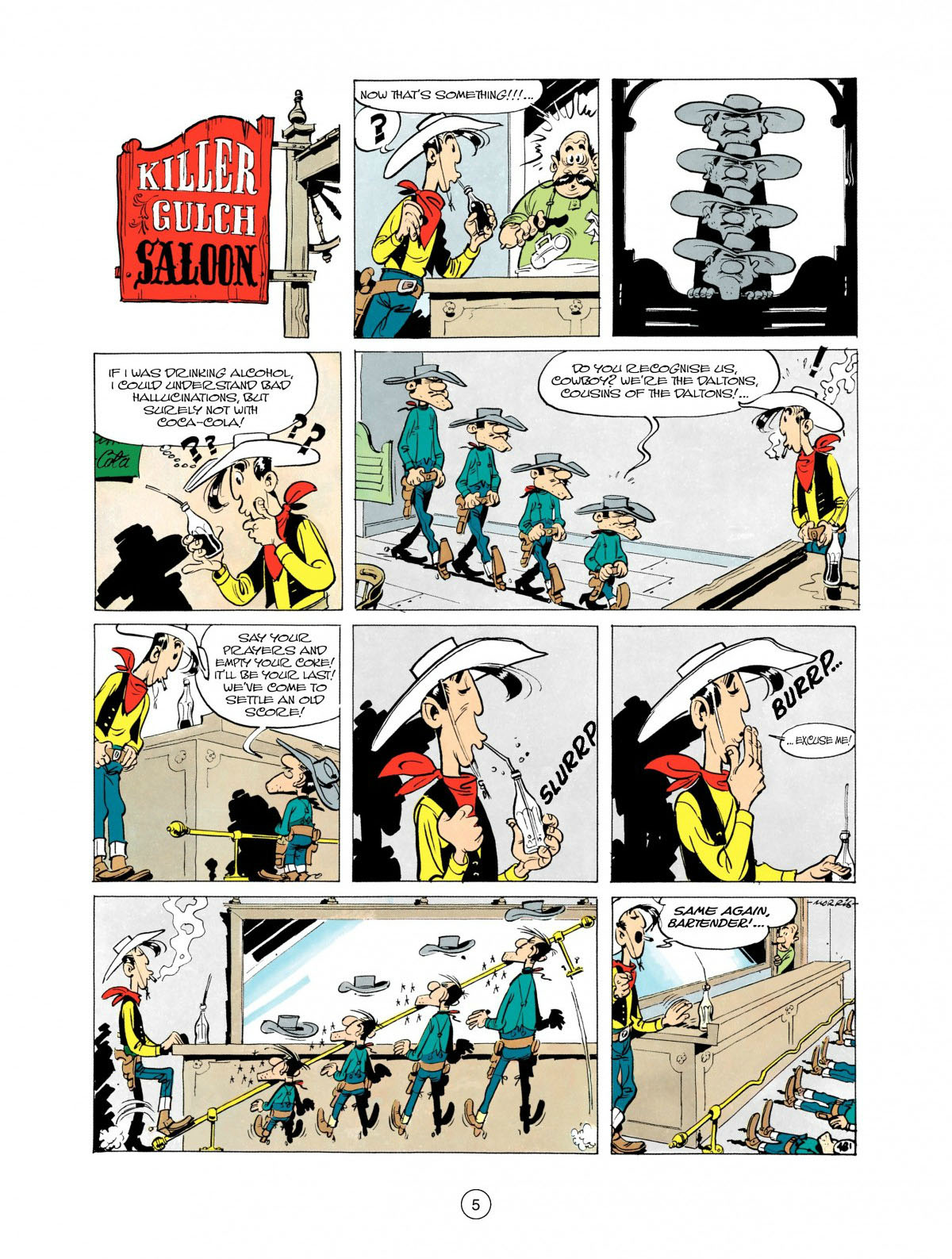 But no Macho posturing from Luke himself anymore, he also never again would draw his gun to end another person's life.

Way different from how he used to be when he WAS the main character of the series.
If Morris hadn't stumbled on the formula of having the bad guys be the main roles rather than Lucky Luke himself, this series wouldn't have persisted as long as it has.
You must log in or register to reply here.