A pal of mine likes the humbucking tone of the Double-tap Shawbuckers in his American Pro II Tele Deluxe, but really had no use for the tapped tones. So I rewired it to work like a Les Paul; the only switching is the three-way pickup selector.

If you're not familiar with these pickups, they are not a typical splittable humbucker in stock wiring configuration. Instead, they split the coils and add a portion of the 'unselected' coil (tapped section) to quiet down the noise associated with single-coil operation. This is nothing new...several makers including PRS have used this mojo in several models in the past.

If you're bewildered by the really weird readings coming from the five wires in the pickup's lead, here's a pic of what they do:

I think some folks get confused by the solder terminals on the back of the pickup because it makes it appear the red wire is the tap. It's not. It's the white one.

My pal also prefers simple controls a la typical Telecaster; that meant doing away with a volume and a tone control. I plugged two of the holes so the controls are arranged sort of like a Strat. The color is Miami blue. These pickups do sound really good. 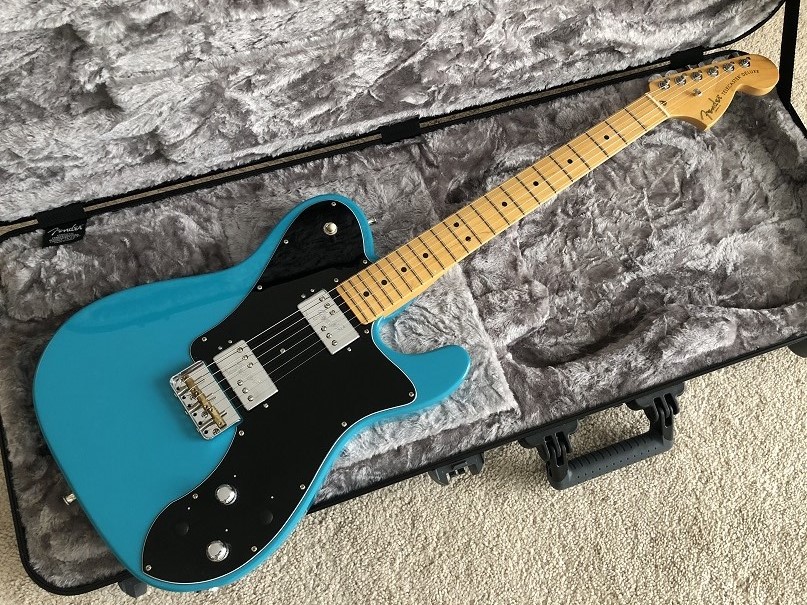 That Cal Webway said:
Interesting, and nice!
Click to expand...

^^^Your number of posts is...devilish.


Cheers, y'all. If you're ever tearing into a Tele with these pickups or want to adapt one to another guitar, here's a writeup on it.

It is defeating the object of the DoubleTap design.
Mr Shaw spent a lot of time experimenting with the coil values to get the split/tapped sounds he wanted.

I wonder how many failed attempts to use the regular Fender HB color code have there been.
Green and bare to ground, black and white soldered together and red hot just would not work.

I’m thinking about getting my favorite Les Paul changed to one volume and tone and having the toggle switch moved down to one of the empty holes
You must log in or register to reply here.

G
Wiring not working, where did i screw up?
2