One of my all time favorite comedies

Club Paradise--Jimmy Cliff and Robin Williams and a cast of others.

Lars Ulrich - Get Him to the Greek

Flea - In addition to The Big Lebowski (as mentioned above) he was in:

Jon Bon Jovi is in Young Guns II for about 10 seconds. I've always been fond of that movie and his soundtrack album 'Straight to Hell' by Alex Cox
Starring...Joe Strummer, Courtney Love, Elvis Costello, Grace Jones, Edward Tudor-Pole (of Tenpole Tudor) and all of the Pogues!
Have I won the prize for finding a movie with the most musicians? 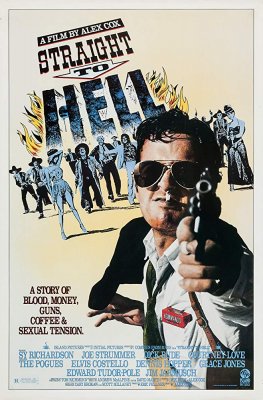 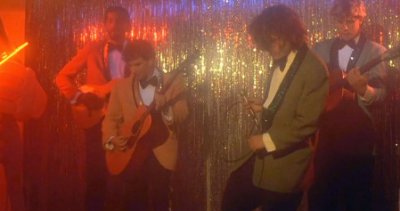 Another for Two Lane Blacktop.

They played it late at night on the BBC in the early '80's here in the UK.
Just the once, with a remarkable, if slightly pretentious introduction by a guy called Philip French.

Taped copies were treated like religious relics, passed around and worshiped with awe and reverence.

It was a skewed vision of an America we never got to see, so different to the usual diet of sit coms, cop shows and tired westerns.

It reminds me so much of being a young teenager.

Have it on Blu-Ray now and it's still a remarkable film.

I don't think anyone has yet mentioned Chris Isaak who was in one of my favorites, "That Thing You Do" as well as "The Silence Of The Lambs" and quite a few others.

bluzkat said:
How about Dweezel in The Running Man with Arnold Swarzeneger?
Click to expand...

also had mick fleetwwod ( some one beat me to it)

Billy Connolly plays Banjo so I suppose that makes him a musician.

To have and have not, featuring a couple of great performances by the great Hoagy Carmichael.
You must log in or register to reply here.