Ever race your dog?

Used to race Back and forth in the kitchen. They chased me to get treats. Now the old guy just sits by the treat jar and waits for me to get there.

Emme Lou, my little Chihuahua, Terrier, Ausie shepherd mix female, has three neighborhood male Shelty boyfriends. She loves nothing more than to get them to chase her around the yard at a playdate so she can both out run and out maneuver them. This girl has got some moves!
Now that's entertainment! I have never raced my dogs, but I already know I'd have no shot. My dogs are greyhounds, retired racers who spend about a minute and a half running around the yard and then spend pretty much 23 hours a day sleeping on the couch. People think greyhounds would be hyper, but I've had greyhounds for more than 25 years and they are very mellow and would rather lie on the couch than do anything else, except eating. They like to eat. They much like a lot of retirees.

Oooh! All this racy commentary is getting me all turned o.... Oh, nevermind!
P

Even at 12 years old this girl is way too fast to race (or catch). I’ve raced my dog for a piece of sausage that rolled off the counter. She inexplicably lets me win.
L

During the February 2021 ice storm here in Texas my wife and I also had our 2 small grandchildren and our son's 13 year old Boston Terrier in our care. No power, broken pipes in a wall and in the middle of it all the Boston got loose and started running down the street. She would not listen to me and a foot race ensued. I'm sure it was quite the spectacle, a 13 year old dog and a 61 year old man, slipping away on the icy sidewalk. I quickly realized I'd get more traction on the snowy grass and managed to catch up and tackle her about 8 doors down. I thought I was gonna have a heart attack but felt victorious nevertheless.

Once. She never came back! Cadillac_Mike said:
I used to be a track runner in middle school (4th tier lol) and tonight took my relatively young pitbull-black lab mix out for a walk and I'm somewhat disappointed he couldn't beat me! Maybe we gotta do a Rocky IV style montange with "There's No Easy Way Out!"

I know he's faster than me just hasnt't found the "Eye of The Tiger" yet. Should I start on Rocky III with Survivor or go straight to Rocky IV with Robert Tepper "No Easy Way Out" with the Russian log cabin montage? I feel like my dog needs to see that but should we start with Rocky 1? I'm really on the fence here, what do you guys think?
Click to expand...

You should start with the two Rocky IV OST instrumentals by Vince Dicola.
These two tracks are the main reason I bought the OST album(again... on CD... recently).
The rest of the(very excellent) collection are just bonuses. 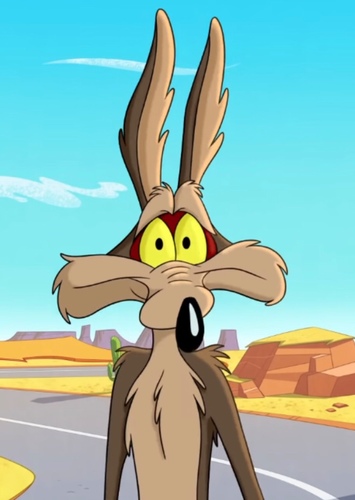 Skyhook said:
You should start with the two Rocky IV OST instrumentals by Vince Dicola.
These two tracks are the main reason I bought the OST album. The rest of the(very excellent) collection
are just bonuses.

Good call, I think you may be right! Maybe next up will be "Burning Heart" by Survivor from Rocky IV lmao...

My old girl is still fast enough to catch any squirrel. I cannot beat her.

I race mine to the refrigerator sometimes.

I would race my dog when I was a kid. The dog was born when I was six. I never did get faster than the dog until the day I realized it was not the triumph of me finally getting bigger and faster that yielded victory. It was kinda sad when he couldn't keep up any longer - but that dog lived for 17 years!
You must log in or register to reply here.
Share:
Reddit Pinterest Tumblr WhatsApp Email Share Link