Ever Buy A Car To Match Your Guitar?

I got a 4Runner last year in army green, and like the color so much that I've gotten clothing, a coffee mug, and a water bottle in the same color.

The other cool thing about the 4Runner is that the trim/logo and wheels are all black. So I'd love a guitar with an army green body, all black hardware, and probably a rosewood or ebony fretboard, if possible.

I guess I could do a parts build Tele or Strat, with a body specifically from a vendor who would paint it army green.

Oh yeah, almost forgot - I've already got a green Russian Big Muff to go with this guitar, if I ever get it. I also painted my Marshall 2204'ish cabinet a sort of moss green, too (many years ago). No but if I hit the lottery I'd get an Ice Blue Metallic 62 Strat with a dark rosewood board and buy one of these to match it: My talented luthier friend Kristopher joined me at a small car show and as we're sitting behind my turquoise 57 Chevy he says, "You need a Strat the same color as your Chevy!"

So, a few months later and with a little help from my friend... 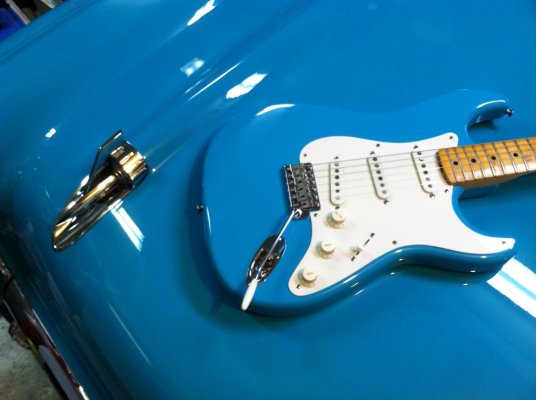 No, but one of the F1 teams has painted its cars to match my Sherwood Green Strat

somebodyelseuk said:
No, but one of the F1 teams has painted its cars to match my Sherwood Green Strat
Click to expand... '63 Morgan, a couple of my "modern" classics The deuce roadster belongs to a friend, the reset have all dripped oil on my garage floor.
Last edited: Jul 1, 2022
S

Yeah, that's the one. I don't know which American manufacturers used the colour 'back in the day', but it has been a Jaguar and Aston Martin colour option from then through to now.

20 years ago, I did a full stripdown/rebuild of this 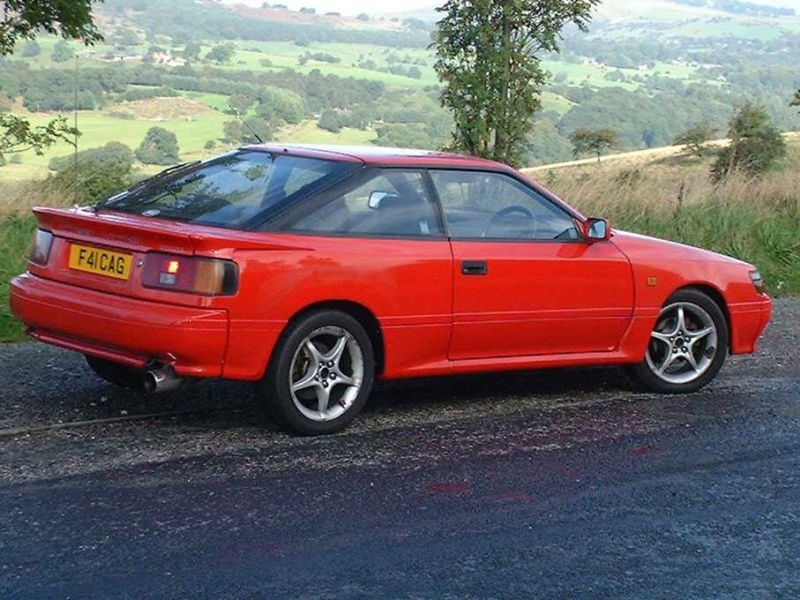 ...and considered having it resprayed in this colour (the yellow) 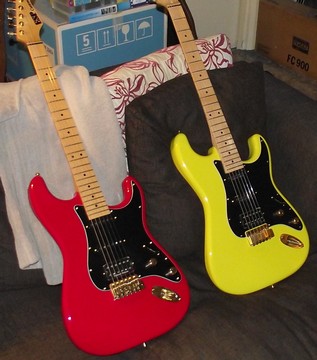 As you can see, I left it the original red.

If I had that kind of money I'd buy more guitars.

Now I think of it, yes.
My first car was metallic blue & just slightly lighter than a Tokai Strat I had at the time.
Both now sold.
My current car is blue....need another guitar!
Just remembered, I have a metallic blue 60's Kawai bass [but it needs a respray]. 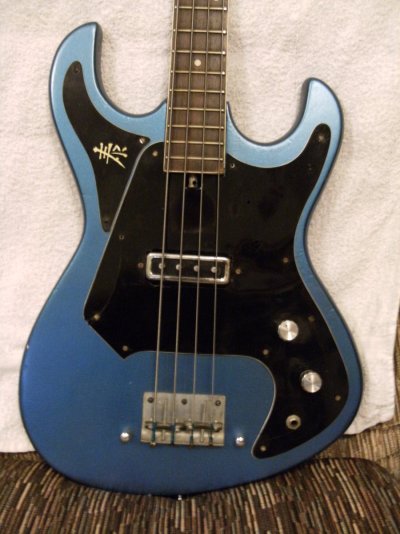 That’s freaking killer. I want one

But didn’t a lot of the late 50s early 60s fender colors actually come from automotive paints at the time?

Midgetje94 said:
But didn’t a lot of the late 50s early 60s fender colors actually come from automotive paints at the time?
Click to expand...

one of my first paint projects was a strat in theme of a 67 mustang with racing stripes. Done with paint cans from auto zone.

Wish I kept it… but flipped it for a nice profit.

Edit- I think the mustang was more of a cherry red. But it looked good

Which one? I would like an orange car to match the Gretsch, Asat Bluesboy and Nighthawk.

They should do a foto flame vehicle.

Why would I buy a car that already has scratches, dents, and faded paint?

Tell me about your Danelectro 59 NOS+.

F
Spot sanding rosewood fingerboard - how to restore color to match the rest of the board?