Weird and wacky tournament this time around but I'm all here for it. Have loved watching the crazy games (Spain/Croatia was so good) and seeing some of the traditional powers fall early. Not rooting for anyone in particular, I'm a USMNT fan anyway. I can only hope that the tournament continues to be this exciting.

Sorry in advance to all of the Italians on this site, but I'd prefer anyone but their national team win. I don't think I'll ever forgive their national team for their treatment of Zidane in his final match. That team will forever be heels in my book.

Italy and its people have so very many redeeming qualities though!

It's been an excellent tournament so far and it could go down to luck on the final day. England have done well, thought the plan against Germany was sensible despite all the moaning before hand about Southgate picking a defensive formation in reaction to the Germans -- it was a game plan for 90+ mins involving tactical subs at key moments that worked. Will England make the final? They have the easier side of the draw and should have too much for Ukraine in the quarters, but then a team that has nothing to lose, as Shevchenko has described them, will always be dangerous in a one-off. If they get through that, it's likely they'd be favorites in the semi against either the Czechs or the Danish while Spain/Italy/Belgium, any one of which would be a real challenge, fight it out amongst themselves (am I disregarding the Swiss too easily?). But if we've learned anything over the years, cup games can provide lots of surprises. I picked Italy at the start based on form and have not seen much to change my mind on this but let's see how they handle a brilliant Belgian team. Either way, it's been great entertainment.

BobTheOwl said:
Can’t see much interest stateside, but for us this could be MASSIVE!

It'll have to quarantine for 14 days first.

scottser said:
sorry mate, but england won't beat italy, spain or belgium, one of whom will make the final.
and this 'football's coming home' is a nonsense. england no more 'owns' football than it does my arse. you may consider it a gift to the world and it would be rude and boorish to want it back.
what is great about this tournament is the standard of refereeing and the light touch VAR. the EPL has much to learn from these games.
Click to expand...

It’s coming home isn’t a claim on ownership of football, it’s just a fun lyric from a 25 year old song. Based on the fact the original rules, and the oldest club in the world are from England

google it, have a listen you may even enjoy it.

You’re absolutely correct about the refereeing and VAR.

As for England winning, who knows? Italy/Spain/Belgium will all be tough to beat, as would Switzerland, there’s also a banana skin of a game against Ukraine.
G

Has there ever been more drama in sports than the last couple of days? A good reminder that it's never over 'till it's over. Compared to the other matches England-Germany was boring.

yes it was a "boring" match and a downer - even if I have neither of the two - feelings about Germany nor about football (soccer)
France - Switzerland was entertaining, Spain - Croatia, my simple mind likes those matches a lot better

Maybe everyone can stop harping on about 1966 now.

uriah1 said:
Someone had to explain to me how it was the first time England beat Germany in 55 years.
Click to expand...

I won't quote it directly, but there is a famous--and possibly even true--Don Whillans story along these lines. Scroll to the end of:

The England v Germany game was terrific, edge of the seat stuff.

Jackroadkill said:
Maybe everyone can stop harping on about 1966 now.
Click to expand...

Never happen...it's too iconic a memory, replete with dubious goal, 'they think it's all over' crowd madness, and the only time England won the WC. Until that happens again, 66 will always be a rallying-cry.

OldPup said:
Sorry in advance to all of the Italians on this site, but I'd prefer anyone but their national team win. I don't think I'll ever forgive their national team for their treatment of Zidane in his final match. That team will forever be heels in my book.
Click to expand...

Wasn't Zidane the heel, though? (Or should I say the forehead?)

All us England fans have had the False Hope shot, right?

Location
The back of Bill's mothers'

If there was any justice, this would be the official England team song rather than that awful tune: 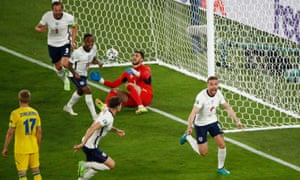 We went out for a meal this evening with my inlaws. All I'm saying is, thank you BBC iplayer. There were 3 people talking amongst themselves, and one person glued to their mobile, can you guess who?