Does a reissue count as a birth year guitar?

1stpitch said:
There's no way I would ever spend what it would take to buy a guitar made in my birth year, but, there are tons of reissues out there for affordable money. So... does a reissue really count? I know it's a personal decision, but what is the general consensus of opinion, if there is one?
Click to expand...

Count? I as much as anything like this "counts", IMO, no, but don't let that stop you.

…and I’m in the same boat as you—my birth year guitars are getting more and more expensive. I should have picked up a couple when they were still “crappy CBS-era guitars” instead of “vintage instruments.”

Do you need to get the same month? If the exact date is not available, how do you know it's the same sign? What if the guitar was manufactured under an incompatible astrological sign, but the same year?

I like the idea of birth year guitars. I scoured the internet looking for a 1968 Strat or Tele that I could afford and finally just decided it wasn’t worth fooling with.
Get you a sharpie, unbolt the neck of your current favorite guitar and write your DOB in the neck pocket.
Chances are, you’ll like it more than if you’d spent big money on something just because it is your age.

chris m. said:
I say yes, being born in the early 60s. Think about this-- you aren't even made in your birth year, not anymore. Except for some cortex cells your entire body's cells are replaced every 7 to 10 years. Your red blood cells are replaced about every 4 months.

So we're all only 7 to 10 years old. My cells have been replaced somewhere around 6 to 8 times already.

You may ask then why do we age if our old cells are constantly being replaced by young cells? Well, the prevailing theory is the somatic theory of aging-- that our DNA directs making a copy. But like copying a cassette rather than the original recording, seven years later we are making a copy of a copy, and so there are slight errors in DNA replication that accumulate up over time. Some of us age faster than others if we are unlucky enough to have more random mutations, or because we inherited replication error correction systems that are less effective than those of other people. Another factor is programmed senescence. We might have built in clocks in our systems that basically cause us to age. Lots of biotech firms out there chasing the fountain of youth are trying to figure out where those doomsday clocks are and how to shut them off, as well as how to bolster our DNA error-checking-and-repair systems. The latter would also help reduce the development of cancers. Because of the cumulative DNA mutation problem, which not only creates cancer cells but also degrades the systems that detect and destroy cancers, right now anyone who doesn't die first of something else is eventually going to get some kind of cancer, no matter how healthy their lifestyle.

What would be the adaptive value of programmed senescence? How about this-- we have lived as hominids in small, genetically closely related bands for millions of years. If the older ones are sure to die off then maybe that leaves more resources for the younger ones. Keep them around long enough to impart their wisdom, but then make sure they die off one way or the other. Basically a variant of kin selection theory.

With CRISPR you could also imagine having a complete DNA sequence taken of your genome when you're a toddler, before the first full somatic replication, and then using CRISPR targeted repair agents to go in and restore your somatic DNA back to its original sequence on a regular basis. Kind of like running DISKCHK or restoring from a backup on a PC, or re-recording from the original master disc.

This potential fountain of youth is not at all beyond the imagination....I'm guessing maybe another 10 to 100 years of progress in biotechnology will get us there, for better or worse. Probably too late to affect my longevity, but perhaps not too late for my kids or grandkids.... 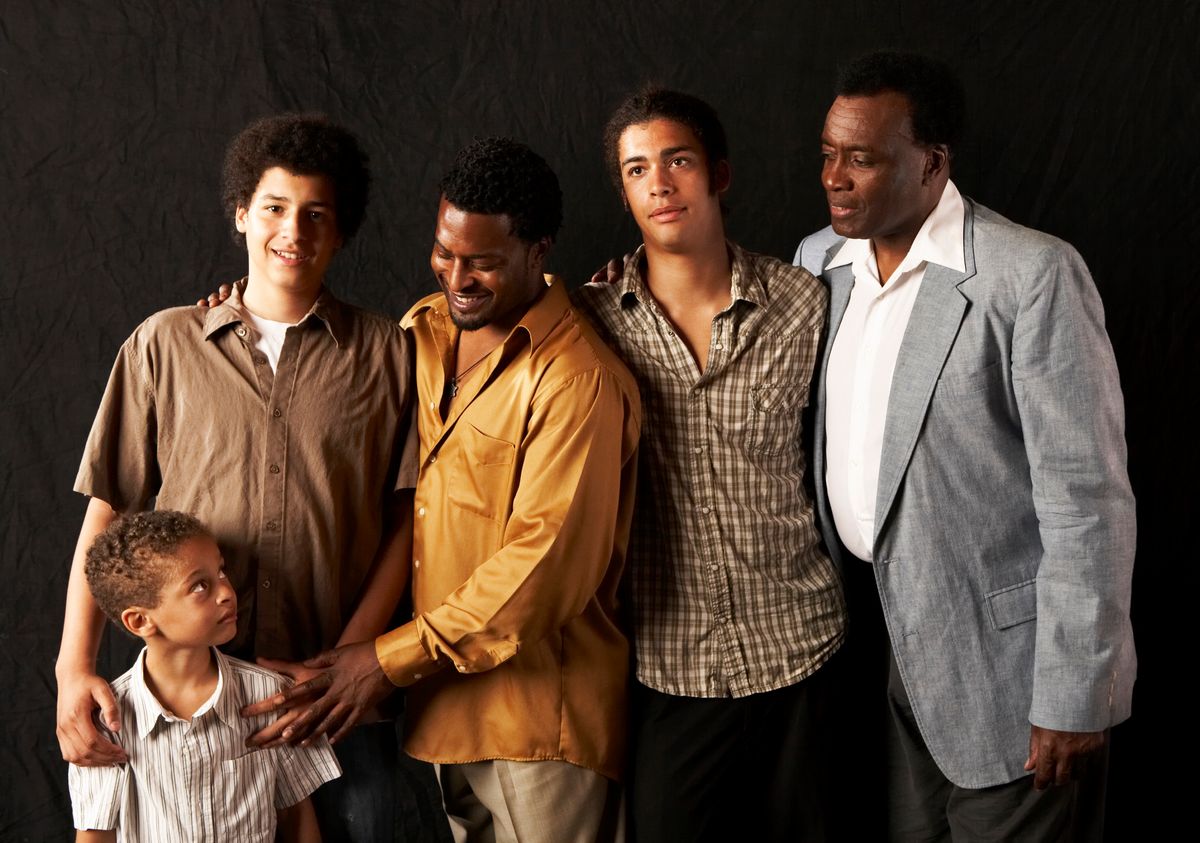 Does your body really replace itself every seven years?

That bully who tormented you in school might not seem to have changed much when he put you down at the 10-year reunion. But he's practically a whole new person.

LOL, we had a guy at the office that hated being in Alabama, hated everything about it...and didn't mind telling anyone who was within earshot. We'd been on the job about 15yrs before I trotted the cell replacement thing out to him. Essentially I said, you've lived in Alabama for 15yrs...you're 100% Alabamian!

He sputtered and coughed and hem'd and haw'd...but the only thing he could say was, "I hate you" and he stalked off. From then on, if he came in the area spouting some drivel about how much better it was at home, all I had to do was look at him with a knowing grin. He'd turn red and walk out.

And yes, I'd be happy with a birth year guitar. I have several items from 1957...fountain pens, typewriter, records, etc. I still have the silver cup and spoon (and chopsticks) my Dad's squadron gave my parents at my birth. I've always wanted to travel there (Japan) but probably will never be able to afford it.

I’m so old that if I wanted a birth year instrument I’d have to get a lute, or maybe a lyre. Lightly used by Socrates would make it worth more.

Fun thread! I find the whole thing truly puzzling. I’ve owned guitars very near my birth year (1950) and still have a 1952 J-45. I can’t recall ever thinking “man, this is a really nice axe but I’d sure bond with it more if it was made in 1950!!” I don’t think this concept was put forth by vintage dealers. It did arise about the same time guys started blabbing they’d “bought their newborn child a new Martin D28”, so maybe it evolved from that in some mysterious way? Maybe these guys became jealous of their little babies and wanted their own birth year guitar to kinda even the metaphysical playing field??

I don’t know but hey, if you find a nice birth year guitar and it wows ya, why not? It is after all just a guitar.

I have a birth year snare drum, a Premier HiFi, chrome over brass shell from 1969. Any drummer I mention it too isn't that impressed, tbh. The yearn for a birth year instrument is very much a middle aged guitarist thing.

I was born in 1964, I'd like a Lefty '64 Tele or Strat or Jaguar or Jazzmaster but I'd have to sell my Bee Gee's record collection to buy one of those, so I'll settle for a reissue.

That would be up to the person buying it. Who cares what other people think?

There’s a lot of very deep and a lot of very shallow info in this thread, none of which really matters in the end. You can’t afford a real birth year guitar (who can?), unless it’s a Sears/Silvertone (and even those are probably pricy now lol). A reissue is just (hopefully) a to OEM spec repro with new wood etc based on a desirable or revered (by whom?) old model.

So that means the focus on a guitar from the year of your birth is hit or miss at best unless you win the lottery sometime soon, and even then it’s probably still a crapshoot.

I’d personally prefer to focus on what I absolutely want in one guitar, and what I’m willing to shell out to get it. That might be a model that incorporates 60’s pickups with a 50’s baseball bat neck, and a lighter 70’s chambered body, but I digress. Lol

Here’s another conundrum. I have a Strat clone I got around 1985. Over the years I replaced components. Neck, tuners, pickguard, electronics, bridge, body. One day I realized all that remains of the original are the jack plate, neck plate, spring claw, springs, claw screws, and neck screws. I still think of it as that original guitar. But it isn’t, is it? At what point did it become another guitar?

I wouldn't want to own anything that old. One of us in the house slowly falling apart is enough.

chris m. said:
At what point did it become another guitar?
Click to expand...

That's a really good question. Don't have an answer, but IMO, the biggest change would be when you replaced the neck.

1stpitch said:
That's a really good question. Don't have an answer, but IMO, the biggest change would be when you replaced the neck.
Click to expand...

I would argue the body.

Think of it this way: if I put a Warlock body on a tele, is it still a tele? If I put a pointy BCRich neck on a tele body, does it become a Warlock?

chris m. said:
Here’s another conundrum. I have a Strat clone I got around 1985. Over the years I replaced components. Neck, tuners, pickguard, electronics, bridge, body. One day I realized all that remains of the original are the jack plate, neck plate, spring claw, springs, claw screws, and neck screws. I still think of it as that original guitar. But it isn’t, is it? At what point did it become another guitar?
Click to expand...

.. a long time before all you had left was a couple of plates and screws!

This 100%. Find a guitar that you love and be happy with it. The year that it was made shouldn't matter.

If it makes you feel better to call it your "birth year", do that.

tonfarbe said:
No, sorry.
You want a guitar that has been built in the year of your birth and not one that has the same specs but has otherwise nothing to do with your birth year.
Stupid example: When you tell yourself: "I want to grow a bear" you don't go out and purchase somthing like this: 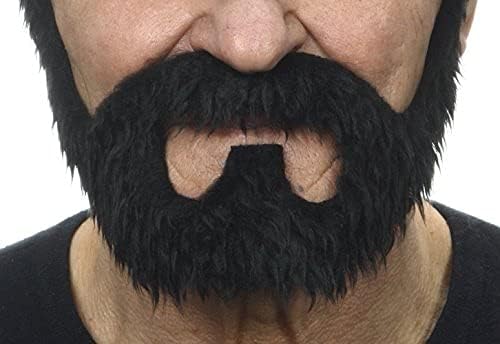 Also: Would a RI really have the same sentimental value to you than the original?
Click to expand...

If you were going to grow a bear, i think you'd start here:

After all these years - string suggestions
2

A Blast From The Past
2

Guitars that are worth more than they're worth