No. They initiate an instant gag reflex if I just put one in my mouth.

Actually, there's no vegetable I don't like, if prepared well.

Out of curiosity, what’s the difference between a pea and a bean?

There are beans I like......pinto, white beans, navy beans, red beans and green beans......and if you have issues and concerns about the outgassing.........just add baking soda.

It's our national dish.
But even if it wasn't I would still love them.

Who remembers the Survey Ladies from Animaniacs? "Do you like beans? Would you like to see a new movie starring George Wendt eating beans?..."

Anyyyyyway... speaking of beans, it's nearing that time of year when it'll be time to make a big bowl of Hoppin' John (black eyed peas on New Year's Day for good luck) and AB posted a killer recipe on his YouTube channel. Who's AB, you ask? Well, have a watch!

PhoenixBill said:
Out of curiosity, what’s the difference between a pea and a bean?
Click to expand...

A pea is bean with a p instead of a b and no n.

Yes. Thanks for asking.

I like the peas that are variously known as crowder peas (they apparently crowd the hull), edible cowpeas, or field peas. Where I grew up in SC, we would pick and “snap” and cook some young ones into logs looking like typical green beans; while picking and shelling and cooking in the same pot, the more mature ones. We called them “peas and snaps”.

We grew some “lima” type flat beans that would be purple speckled or “Holstein cow colored” splotches of dark purple or black on a white base. I’ve bought the splotched ones for seeds marketed as “Christmas beans”. When they cook, they turn grey. They were a vining or “running” plant, we had to make poles with wire and strings for the vines.

We often cooked the butter beans with the peas and snaps, or added the leftovers of the two batches together to warm for a second meal. We also would then use them in mama’s version of “hoppin‘ John”, throwing the whole “mess” of them into some (maybe leftover?) white rice and pan “frying” that.

Mama would cook some bacon (“side meat”) and bake a few sweet potatoes, and pan fry some cornmeal fritters in her favorite cast iron skillet (which I fortunately have, all crusty on the outside). Maybe cook some mustard or turnip greens. She would put the hoppin’ john and all that together for a really good simple eatin‘ southern supper.

I don’t think I ever heard the term “sautéed” growing up. It was just called frying, what I have above described as pan frying. It wasn’t deep fried, just a little bacon grease in usually a cast iron skillet.

... the more you toot, the better you feel.
Beans, beans with every meal.

Beans on toast, as a kid. Dad's prize runner beans, with Sunday dinner.
Many kinds of beans and pulses, as a young adult, cooking for myself.
I still eat all of the above- and I grow the runners, just like Dad did.

I also grow and eat peas- split yellow and green ones, Marrowfat, mangetout, chick, etc., etc. Is that too much?

Black eyed peas aren't even peas. They're beans. I wonder why we call them peas. Does anyone know?

CryptCaster said:
Black eyed peas aren't even peas. They're beans. I wonder why we call them peas. Does anyone know?
Click to expand... 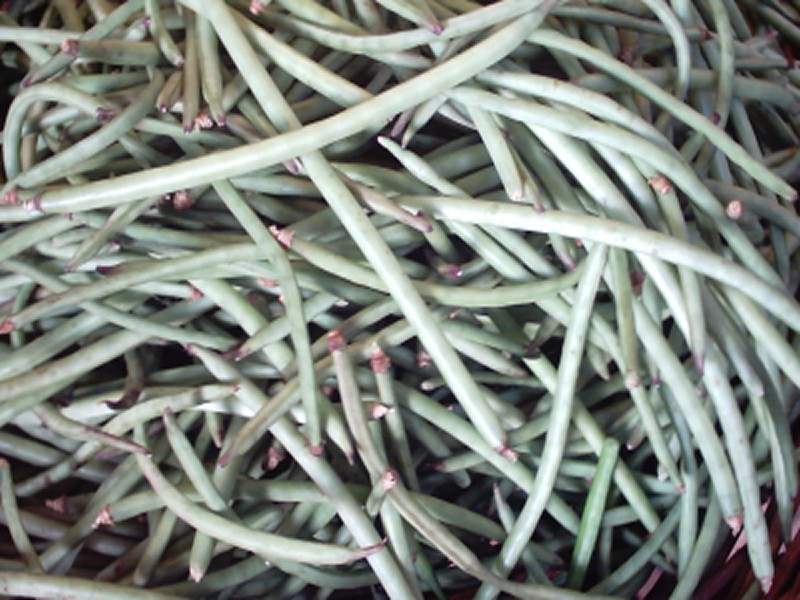 Chili with small chunks of tomato, green chili, Pinto & red bean, onion, touch of green pepper served with Elbow Macaroni with Cheddar on top. As a kid, that with a glass of milk was heaven.

Love 'em. Tasty and healthy. I eat a bowl of beans with hot chili sauce every day.

I am also a heathen who puts beans in my chili.
Usually kidney and lima.
They do a good job reducing the need for meat.
(Of course I use good beef in my chili, but not as much as I used to)

Then, after consuming, one particular question often pops up:

I grow them every year dried and fresh types. Breakfast every morning !
You must log in or register to reply here.

'Varanus Skybean' improvised note for note on the Electric Guitar 🦎

Adults with Jobs, Spouses, and Kids - How do you find time to advance
5 6 7