Do You Leave Home Garage Open? Why?

Only if there's a guy in a car idling on the street.

There's a secluded conclave of a subdivision near here that's infested with "swingers." They leave their garage doors somewhat open at night if they're "in the mood." Might be what's going on in your 'hood.

As a general practice, I NEVER leave my garage open. There's a door at the back of the garage that leads into my house, and I don't want opportunistic criminals having direct access to my domicile. Besides that, I keep my vehicles INSIDE because I value them and want them to turn over even in inclement weather. So, no.

Our neighborhood and surrounding area is home to all sorts of critters such as a family of Foxes, wild turkeys, deer and a few dogs who's owners think we all like their crap in our yards and....at least one bear. Just across the railroad tracks is an apartment complex and that also brings feral cats, feral rabbits and....drunk college students.

May look like we live way out in the woods, but we are just inside the local city limits.

No, we do NOT leave our garage door open 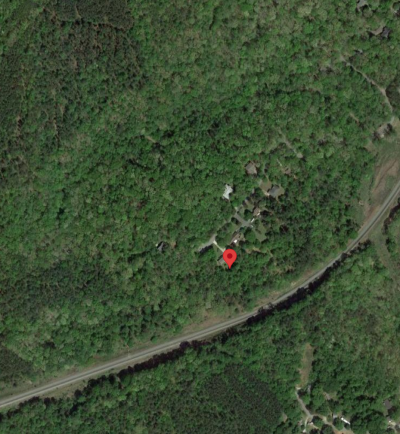 I spend 5 days a week at the office. Followed most often by 2 days a week in my garage. Garage door is open or closed pending the outside temperature. Door open or closed I am likely in there if I'm not at work. Unless, I went back in the house to grab another coffee or beer. The door is closed for sure whenever I head in the house longer than a couple of minutes. Open for sure if I am in the garage for more than a couple of minutes. Unless its below freezing.

If you drive by, see my garage open, drop in. I'll be there. No I don't "pack or carry" anything except hot or cold beverages.

Not just no but heck NO! That's just asking for trouble IMO, not to mention it's just not safe in general. Once I had 2 guys literally walk into my garage while I was working on my car! I was under the hood, raised up to grab a diff tool and still had my 1/2" breaker bar in my hands, only to see these 2 "brave souls" standing there! Scared the CRAP outta me!! They were both wearing suits and ties, and wanted to give me some religious literature! I couldn't believe the audacity... I told them they were lucky they were wearing suits, cause it caused me to pause from beating them with my 1/2" breaker bar! Told them they should not do this sort of thing in the future cause the next guy might not pause for a suit... The reality is, however, they could've been criminals and I would've been a victim. Today I work on my cars with the door closed unless I have no other choice, and even then I'm extremely watchful. It's just not wise to leave doors and windows open in today's world, regardless where you live.

We never did, and still don’t often. But it’s VERY common in this neighborhood we just moved to last year. Like during the warm months our neighbors will leave them open all day.

I don’t really see any advantage to it and did find it odd at first, but admittedly I’ve become more relaxed with it (again, when it’s warm). Our last neighborhood had some crime of opportunity issues, so we were very quick to close it whenever we weren’t outside. I guess it’s nice people feel comfortable in this neighborhood.

My garage is a 3 bay open shed full of mine and other peoples crap... couldn't get a car in there if you tried atm...

walk ins are welcome to clear some space....

Many people in the Netherlands leave their curtains open at all times, even at night.
It dates back to WW2 and was a proof to your neighbors that you weren't meeting, and collaborating, with the German occupiers.
Maybe your neighborhood garage door thing is something like that.

buster poser said:
Nope, looks tacky, invites theft/critters. Our HOA will fine you for it, easy rule to abide by.
Click to expand...

For those that thought this thread was a safe space: trigger warning!

omahaaudio said:
Many people in the Netherlands leave their curtains open at all times, even at night.
It dates back to WW2 and was a proof to your neighbors that you weren't meeting, and collaborating, with the German occupiers.
Maybe your neighborhood garage door thing is something like that.
Click to expand...

That's an interesting story but I have a hard time believing it's why people do it now!

I have a few neighbors that leave their garage door open. Most of them smoke in the garage. A couple of them even have a big screen TV in the garage so they can sit out there and smoke and watch TV.

My neighbor across the street opens his up every morning @ 6 and closes it well after dark. They use it as an entrance...but their front door is almost always open with the storm-door closed (probably not latched). There's nothing of value in his garage (other than two cars) and I suppose leaving it open is convenient. He's a lawyer and sitting State Senator, so maybe he likes being accessible? The only time his garage door is closed during the day is when the Senate is in session and they're in Columbia.

LOL, back in 2016 (while the house was being renovated and before we moved here) thieves kicked in the kitchen door. There wasn't a thing inside, so they left and went across the street to the Senator's house...kicked in a door and took a bunch of stuff. When I got notified of the break-in (we were in Alabama at the time), his wife sent me a picture. There was one cop car at my house...and you couldn't see their house for all the flashing lights. I didn't even get a police report.

When Rocket and I walk the neighborhood, I often see open, unoccupied garages. The one "crack-house" in the neighborhood has never had its garage closed (that I can remember).

I only open mine when I'm in the Garage Mahal. Frankly, I probably should leave them open and invite people to take a random U-haul box. I took 4 to Goodwill yesterday...full of paperback books.

Oh man, here (San Francisco), day or night, people do all sorts of crazy things to break into garages. An open one would be cleaned out in seconds.

I have heard of people waiting outside for someone to open one and then rushing in, or following cars in.

I gotta get one of those openers someone posted above about, with Wi-Fi. I often get a couple blocks away and then think … did I close the garage door?

Another tangentially related story :
We used to live not far by air from Whidbey Naval Air station, but not under the usual flight path.
I was home one Friday or when no one else was in the neighborhood.

I heard a large military craft rumble overhead and every garage door in the neighborhood flapped open and then closed. They must have left their bunny cooker turned on. It only happened once.

We once left the door open accidently. Tools were stolen from the garage. Now I'm pretty vigilant about keeping it shut.

If you left the garage doors open here, somebody would steal them. Heck, they once stole the front gates...

BigDaddyLH said:
That's an interesting story but I have a hard time believing it's why people do it now!
Click to expand...

Tradition - "the transmission of customs or beliefs from generation to generation..."

See: Thanksgiving
You must log in or register to reply here.