I have a selection ranging from thinline, through semi-hollow to hollow bodied. My thinline T style is just another Tele, if it sounds different to other Teles, that is due to the P90s. I would say the same about my Surfcaster 12, it is the lipstick pickups, nothing to do with the body. Not my pictures, but I have a Gibson ES135, and Washburn HB 15. Semi hollow and hollow bodied respectively. They do behave differently from solid bodied guitars, the HB15 moreso having a deeper body as well as being fully hollow bodied. I have owned several ES135s with humbuckers, P100s and P90s. The one I chose to keep has P100s, not the popular choice, but it is the one I prefer. As you are in the UK you may consider a Gordon Smith Galaxy. There are a few available on the used market, or you can have one built to your own spec. A quality custom built guitar at a very reasonable price.

Here is a used one, for sale in Hounslow for £795. They also come with a wrapover bridge, modified or even no soundholes. The Eastman Romeo looks to be a copy of this design
Last edited: Sep 25, 2021 I would play many Gibson ES 335s...some USAs are not so wonderful; the custom shop stuff is typically great. Very different mode of expression than Gretsches...pretty brash when they want to be...more sure-footed feel (frets, body)..thinner body...
of note...I owned a Korean made Epi Dot that was remarkably good (installed Gibson 57 Classics)... and out of my budget for sure.

I have owned a number of Gretsch guitars...I have never played an Electromatic semi-hollow that I care for...the overall feel and sound was just fragile and dull, unresponsive ...not fun to play. The smaller body Jets can be great (play a bunch, swap out the bridge for a Compton...I agree that you are missing some range of expression without the Bigsby vibrato...get a Vibramate to make string changes less of a hassle). The Japanese made Gretsch stuff is consistently very well made...mellower than Gibson, beautiful sweet middle position...I like single coils like DeArmond and Maganatrons in them...big hollowbody Gretsches look great, but aren't always soo fun to sit and ply with because of the size. Gretsch Duo Jet, Penguin...great size, playable and versatile. My only semi-hollows these days are Gretsches. That said, Gibsons feel great. They are so damn expensive...for that money a Collings I35 (or the flippin' amazing Julian Lage Gretsch inspired guitar...wowza) are even better instruments.

Decided to go shopping for a semi-hollow. I went out thinking I'd spend $400 at GC, tried a few semi-hollows in that range and they were disappointing. Upped my limit to $800, tried a few in that range, they were OK but nothing I wanted to own. Upped my limit to $1500. Stopped by SamAsh, almost bought a US made Guild Starfire, it sounded beautiful but didn't play as well as $1500 should. Decided to go to MusicGoRound, tried several guitars, there was a D'Angelico that was OK, but it had an odd stickiness to the finish. Tried two NOS Sparrow 335 style guitars, they were junk. Tried a Gibson 335, it sounded good but it didn't play as well as a $2500 guitar should. Out of options, I tried a used Epiphone 335 dot. It played exceptionally well, better than all the guitars I tried on this quest, even the Guild. It was in great condition, but the sound wasn't there. I figure the wood is good, as it is 13+ years old and has held up, so it ticks the good bones box. Samick built these in their Korean factory. Korean Samick's were built well, the hardware and electronics were crappy but the construction was usually good to very good. I decided to buy it. $299 USD!
Currently checking out new hardware and electronics. If I spend $3~400 on parts, this thing will be a gem.
Last edited: Sep 26, 2021

I've been eyeballing this semi-hollow from Monoprice personally. They have it in red, natural, black, and orange I think?

Congrats on taking the plunge!
For those still considering, I have to throw in the best-kept secret that seldom comes up—the Peavey JF-1

This is an excellent guitar for the price, I got mine for $329 (best offer) new on Reverb in 2019, I think asking price was $399.
The neck is angled back a little from standard 335's, allowing for shallower headstock angle, and is very comfortable. Sanded the back of the neck slightly to reduce "sticky" feeling, now it plays like a dream. Weighs less than a Gibby or D'Angelico.
I was hovering between this and a Vintage, and was finally able to check them both out at Seattle Guitar Show. The Vintage is also a great guitar, but for me the neck was too much of a D shape.
Stock pickups are surprisingly acceptable, especially with Thomastik Infeld strings.
Only weird thing was the controls are reversed from Gibson standard, so I had to switch them around—it would have been simpler to turn the selector 180 degrees, but there was insufficient slack in the wiring. Looking at the specs, it seems Peavey did this consciously—why?
Pickup selector on upper bout is great.
At some point I might upgrade the tuners, but they've held up for two years now, so …
Only real problem was finding a case—finally ended up with a ProRock Armourguard Polyfoam "335 Style", but had to reshape the interior a little. The Peavey case is no longer available.

I played this guitar to the exclusion of all my others until this summer, when I picked up a cool Monoprice Indio Retro Tele for $84.99 …
R

Any thoughts on the Gibson Blueshawk or St. Blues Highway 61 South?

Not been able to go this weekend and not likely next weekend either...

Going to head up to Denmark Street in London at some point for a gander at the silly expensive stuff to see what the fuss is all about. Looking for a Starfire or ES135 to start with as they're more likely to be "cheaper". Not that I can afford one and can at least dream or look out for one in the future.

don’t forget the Swedish Hagstrom Viking. Elvis’ favourite.. Try to get a Swedish made vintage from the 70s should be doable for around $1000. Otherwise a newer chinese but (very good) buit for $300- $400 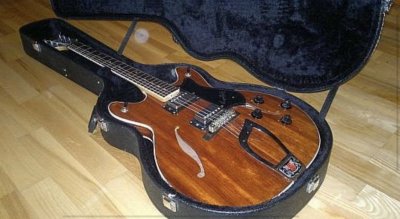 JukeJointJimmy said:
I likewise felt the need for a semi-hollow in my collection, just wasn’t budgeted for a Gibson 335…enter the new Epiphone “Inspired by Gibson” line, and their newly introduced Figured 335. The build quality on this $700 guitar is exceptional, and although the stock Alnico pickups aren’t bad, I went ahead and dropped in a pair of Duncan 59’s that I had laying around. I own and love many guitars, some Premium and some budget (if they look, play and sound good, I’m in!)…this is fast becoming a fave! Good luck with your search! View attachment 902271
Click to expand...

I have an Ibanez AS 53 that I put a pair of SD 59’s in a friend of mine Hot damn. I love that guitar I also have a couple Gretsch is

I like my Epiphone ES339. It's from the Inspired by Gibson line.
The only other semi I'm currently tempted by is a Squier 70s Thinline. I love the sound of this thinline...

Location
Who wants to know?

I'm not sure who played the Gretsch semi-hollows.
Click to expand... 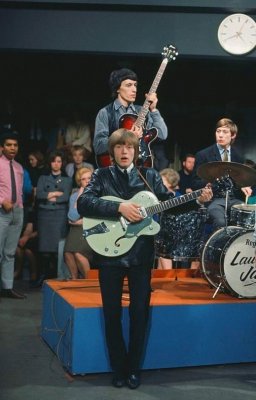 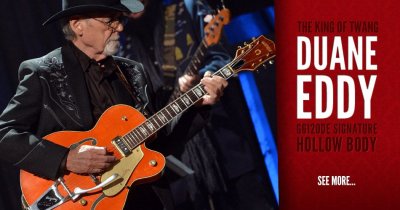 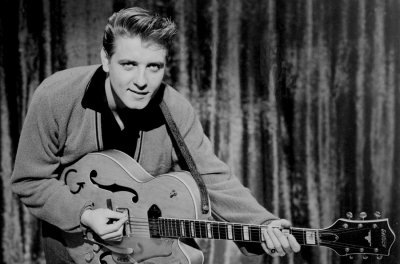 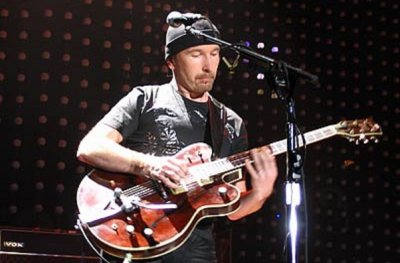 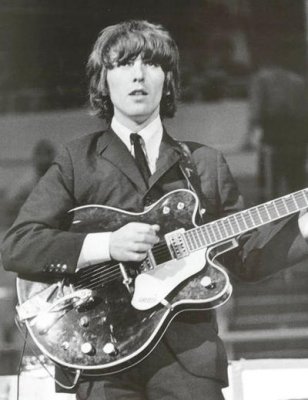 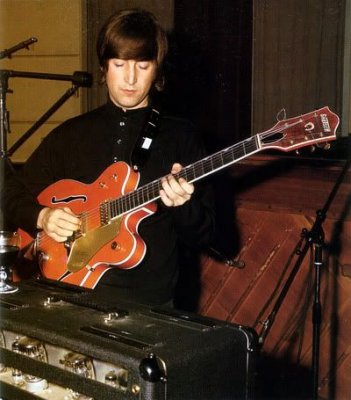 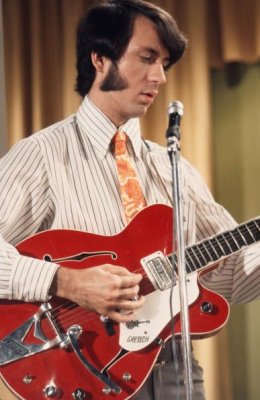 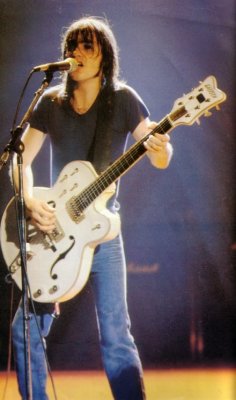 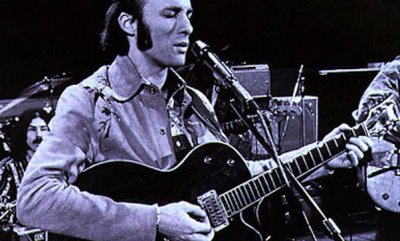 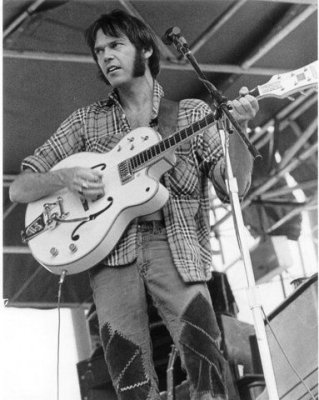 Thanks for the heads up.
M

Wooly Fox said:
I feel I need a semi hollow guitar in my life though not sure where to start.

Been watching a few videos to get some idea of what tones/looks I like and wanted some more feedback for what I should be looking for.

Most interesting to me so far are the Gretsch Falcon and Gibson 335. Also like the Duesenbergs and Godin guitars but cannot try these where I am.

If there was a AO Telecaster Thinline with proper WHRB then I would be all over it. I like the filterton sound so think Gretsch if the front runner so far.

Look forward to seeing your suggestions.
Click to expand...

Funny, no mention of the Epi' Sheraton 2. The new ones have better pups and push pull pots. I've got a 2004 Korean Sherry which is impeccable in every department. I ditched the pups for Entwistle HV 58's and rewired it with push pull pots. Massively versatile Blues, Jazz, Rock monster, maybe not Metallica...but she's a keeper. BB King got it.

I've had two Epi Sheratons, both Korean. Also had an Epi es335 pro. I also had a Gibson historic collection custom shop es 335. The wolf KSA 50 that I have now easily beats all the epiphones, both amplified and not, and I think stands shoulder to shoulder with the Gibson, though not nearly as beautiful.

The Wolf guitars are sold by AIO, which also has semi hollows made with the AIO brand, all good.

Not much is going to come stock with real filtertrons except a Gretsch.

Going to see a second hand Rickenbacker 330 Mapleglo on Friday. Will also swing round to the guitar shop to try out Gretsch Electromatic and Epiphone 335 Pro they have in stock. Gonna be a good day.

Finally stumbled upon a used MIC Hagstrom Viking, and there it was. Right heft, right neck, right feel in playing. Paid the same price as I did for the original 335, because I can't afford the Gibson version anymore!

Going to see a Gibson USA ES-275 Thinline in Baroque Gold, appears to be the exact guitar spec I'm looking for. Need to try the Rickenbacker as well for comparison but if I like the Gibson I would buy it there and then.

Fully hollow, fully fat so you can get good acoustic projection--but really still nothing like a true flattop.

The Premium part is this--made in Korea, satin nitro finish and Gibson USA Classic 57s standard, with nice pots and such. Made around 2014 for a couple of years. Up until a year or so ago, they could be had around 400-500, but now sell for around 800. They came black, sunburst and natural I believe. Here's a pic.

I totally agree with you on the Epiphone ES-175 Premium. I have a 2014 in Sunburst. The neck on this takes me back to the mid-60's Epiphone Riviera and Casino models of that era. This is the only non-Tele type electric guitar I own. This is one superbly built and great sounding guitar. I was considering selling it only because I don't play it enough to justify keeping it. But after showing it to someone last evening and playing it again, my mind has changed. This is a keeper and one hell of a great guitar!
You must log in or register to reply here.