It's aided me in the past with some seasonal affective stuff.
I haven't found in need of it over the last couple years, but I suspect some deaths in the family were sort of supplanting the regularly-scheduled seasonal sorrow, if that makes any sense

Sorry you're going thru this - if u r able try to get outdoors some during daylight, it helps.

thanks.
it's actually frightening how strong the dark void's pull can get this time of the year for me
and it seems to get worse as the years go by

Lots of praise about this stuff. Really fascinating. I wonder if it ties in to circadian rhythm and regeneration?

My wife used light therapy a few years ago to battle SAD.

Was quite effective. I hope it’s helpful for you.

blowtorch said:
It's aided me in the past with some seasonal affective stuff.
I haven't found in need of it over the last couple years, but I suspect some deaths in the family were sort of supplanting the regularly-scheduled seasonal sorrow, if that makes any sense

I am posting this mostly for the sake of others who may deal with this type of thing-
so they may know they are not alone
Click to expand...

With age vitamin D has also been an issue. I force time outside not just for the light but the physical activity and fitness make a huge difference for not sinking into bad places or ways mentally.

Hey @blowtorch thank you for this post, that is definitely thoughtful of you.

I have been increasingly interested in light therapy as there is zero doubt in my mind the time change and longer nights wreak havoc on my mood.

Does it take time for it to 'kick in' or is it something that you feel 'relief' immediately?

My wife uses light therapy, she recommends it.

(joking, wishing you the best)

@StevesBoogie in my experience it's an immediate thing- not to say it's a cure-all though, it's just one part of things a person can do to help themselves

but it is kind of a no-brainer, in these seasons.
In that sense I rank it right up there with sleep, diet and exercise...and as with those things, the benefit to be had is there right away

Do they still refer to it as seasonal affective disorder?

I really had a hell of a hard time with that as a younger man. The worst part is that I don't think I ever got a light box until I was in my 30's or so. And years ago, those things were like proprietary and pretty expensive.

The other screwed-up thing for me is that I've typically ended up with jobs where I had to be at work before the sun ever comes up, at least in the winter months, so yeah, lots of memories of just kind of being a mess mood-wise and energy-wise.

The weird thing for me is that it's kind of gotten better, especially now in my mid-50's, and I'm not sure why. I did mostly work from home for much of 2020, and then just about all of 2021, and ended up starting the work day a lot later, but then in January of this year I went back to being on-site at 7 a.m. I want to say it took me about a month to get used to it again.

Now it's my daughter (in her twenties) who's been having problems, so we got her the current equivalent of a light box earlier this year. In the process, we actually got two, because my wife swears that I haven't actually gotten better like I think I have. So maybe I'm fooling myself, but I think most of why I'm down is because my wife has a chronic illness, my mother has dementia, and my daughter is having a bit of a hard time as a young adult.

I also spend 8+ hours a day in front of two very bright monitors on weekdays, so I'm guessing they also help a bit.

imwjl said:
With age vitamin D has also been an issue.
Click to expand...

A tangent from this is some years ago I started using a heart rate monitor for some sports stuff. It was part being able to do a major event and part managing family risk. Getting Apple Watch got more detail and quantification and other products can do the same but now it is quite like a console of gauges to point out what has been trouble.

Examples is falling off of 30 minutes a day of some actual or real exercise can kick off problems from a congenital defect I live with and depression. That nasty RSV virus going around hit us bad. The warning of my hear rate recovery dropping was concurrent with feeling mentally off as much as physically.

For most of 2007 to now I've been pretty good about diet and exercise and none of the technology was or is needed but it helps more than I ever wanted to admit or would have thought. How I fit in my pants is also a good gauge but the nudges and heart measures show the wrong trends early.

Wish you luck this time of year also. Remembering the good stuff.
They would want that.

blowtorch said:
late 40s for me
Click to expand...

I really could have used the light box in my 20's. I can remember going to the doctor (just the general one) in the late fall, and getting put on Zoloft, which would make me feel ill, even at the lowest dose. Another doctor tried putting me on Paxil (years later), and the ill feelings were even worse.

Back in the 90's, at least the general practitioners (the ones I went to) didn't really seem to know how to treat it.

I know this can't work for everyone, but moving south or southwest to a latitude where the days and horizons are longer - and it's not cloudy, overcast, rainy (or worse), raw, and cold weeks on end - is huge. Florida or Mew Mexico, or Texas, or Arizona, or California are all places you'll feel better.

Anyone interested in sleep or light-related disorders should investigate the pineal gland. Often referred to as our "third eye", relatively little scientific study has been done on it. We DO know it helps regulate sleep hormones, but what other hormones does it help regulate? Eastern meditation practices often actively involve "activating" this 6th chakra. Perhaps meditation if front of the light box would be helpful. 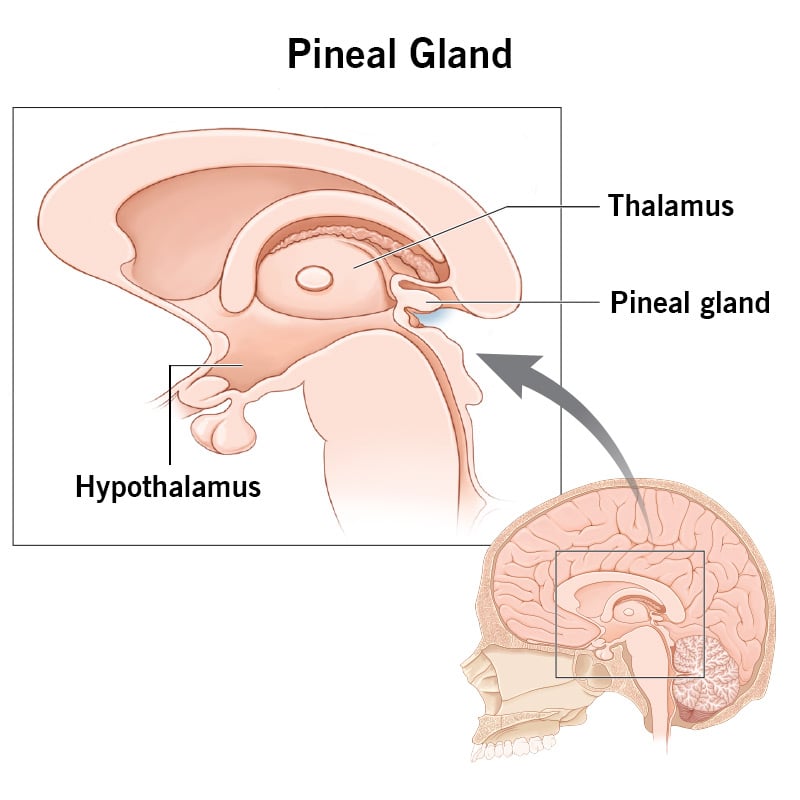 Pineal Gland: What It Is, Function & Disorders

The pineal gland is a tiny endocrine gland in the middle of your brain that helps regulate your body's circadian rhythm by secreting the hormone melatonin.

Working in a building with no windows really sucks, I try to go out to lunch just so I can see some sunlight during the day.

Sorry to hear that you've got the black dog this winter BT.
I think it's inevitable that if there's grief or stress, then the winter will be tougher with the shorter days. Especially in northern latitudes.
It's all part of the healing process, acknowledging it's there, is a necessary part of getting through it.

I've had a case of the black dog all year for decades (understandable in my circumstances) and his visits always last longer in our long dark, damp, 56 degrees north winters.

My light box beside my bed gets switched on every morning from the end of September till March and I've been doing that for 20 years now.

I wish you well over the coming months.

“In the midst of winter, I found there was, within me, an invincible summer.

And that makes me happy. For it says that no matter how hard the world pushes against me, within me, there’s something stronger – something better, pushing right back.”​

Albert Camus "Return to Tipasa"
You must log in or register to reply here.