It was announced this morning that Glen Frey's son Deacon Frey has left the Eagles. At first, it struck me as a bad move, because he's never going to have that kind of audience for anything he does away from the Eagles, but it's unlikely he'll ever want for money, so why shouldn't he go out and do his own thing?

I first read about it this morning, and I thought by the time I logged into the TDPRI in the afternoon, there'd already be a multi-page thread. But no.

He probably didn’t want to be in a Dad Band.

I’ll see myself out. 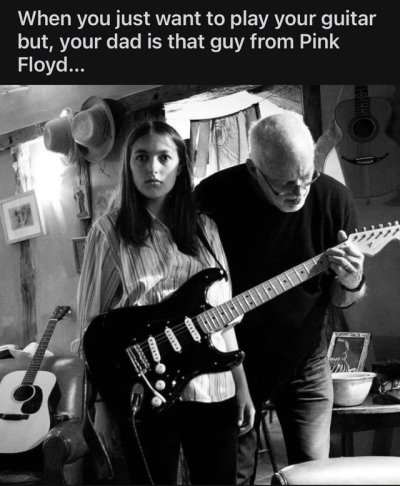 It's my understanding that he feels "It's now time to forge my own path".

Steven Kaplan said:
It's my understanding that he feels "It's now time to forge my own path".
Click to expand...

Good on him!
P Is Deacon actually talented? Maybe he's feeling forced into a role he has no desire for....maybe he really wants to be around kids his own age and not have to go to bed by 10pm after his dose of Metamucil and watching reruns of Hazel. And does anyone in that band even do drugs anymore? Is he tired of Uncle Joe's warnings about the smoker you drink?

Deacon already missed some shows earlier this year due to "illness," so who knows what's actually going on.

I never even knew there was a Deacon Frey until this thread...

Glen's estate ensures that even his great-great-great-garandchildren will never have to work, Deacon's probably got better things to do than hang around with a bunch of old guys who all hate each other.

I guess the same could be said for a family name aka surname.
Just because a Frey in this case is a member of the Eagles I could care less. Just because Glen and Deacon share the same DNA and just so happened to have been temporary members of a common band doesn't mean a whole lot, IMHO.

Maybe Deacon can go join the Vultures, the Woodpeckers, the Hoot owls, the Ravens, etc., but I guess he won't ever be the real deal.

Good luck to him!
I'm sure Glenn was proud that he could provide generational money to his family and that they'll have options.

I think the Eagles will be able to keep going if they want and he can do his thing!

The Henley-hatred is so deep in his DNA it can't be overcome even if partnership in Eagles Inc. is his birthright.

He probably also snarls uncontrollably at the sight of Don Felder without knowing why.

Sitting here pondering on ignorance and apathy, I wonder about the difference between them.

wabashslim said:
He probably also snarls uncontrollably at the sight of Don Felder without knowing why.
Click to expand...

The monkey is on the ladder

Maybe he will learn to work the saxophone, and play just what he feels. I hope he doesn't drink Scotch whiskey all night long and die behind the wheel.

Perhaps he'll get an electric guitar and take some time and learn how to play.

Aaaaand when his hair's combed right and his pants are tight it's gonna be alright.

But if I had to go on stage and do these things with Don Henley, Vince Gill and Joe Walsh, I would probably lose my s__t.

I’m sure Deacon knows what he wants to do, and who he wants to do it with.
He’s been blessed with many gifts.
He has worked, and no doubt learned from some of the best and most successful American recording artists of the last 50 years.
The Eagles (as a performing act) has a fairly limited shelf life.
No “kids” in the act, to be blunt.
I see great success in Deacon’s future, regardless of the artistic path he chooses.
Blood does indeed tell.
Good luck, kid!
You must log in or register to reply here.