Dangerous toys from our youth.

Jeeze what a great thread. I was born in '83 so I caught the very tail end of all of this before "safety" was invented. I had such a fun childhood and a lot of times activities around the neighborhood were sketchy at best. I escaped childhood unscathed.

Its not a toy, but a dangerous game played around 8th grade. It was called "Scruffy" in our area. Basically you would find a realistic stuffed animal and tie 25' or so of strong fishing line to it. This was at night when dark. Like 10 of us, all staying overnight at one house, would wander through a field to a road. Said animal was put on the other side and we were across the road hiding off the shoulder (laying down). When head lights approached you would pull the animal across. Some people drilled it, others came to a screeching hault and some swerved. One guy parked the car and chased us through the field. Nobody caught, nobody hurt. THe ignorance of society to let the public use fireworks is purely insane. Find me at 10 years old and I will show you how insane. Around 65 they came out with SONIC, Blasters. It looked like a Bazooka, you pumped it. When it was complete, all there was to do was pull the trigger. A loud concussive blast, probably above 100db basically ***** slapped you with air. I pointed it a friends head and you know the rest of the story.
One day after watching an inspiring Rifleman show. I went out, at around 10 years, with my single shot 22 rifle, walking through our neighborhood in full display. I was so popular that day using a gun as a toy.

See markimarks post with the pt-19? At 10 I flew the heck out of it with no adults. Somewhere somehow, we figured, tie a long cloth tale on it about 18 inches long. Start the engine,(in your hand), and throw it up. Of course in the local community with families and whatnot at the park. It would go up like800ft?,stop and fall back to earth. Robert Goddard the 2nd! Also, we would have wars while flying the plane with the strings. I knocked out a couple of planes with my PT-19

To young people today, my life would seem utterly boring. No computers, no recorded shows, limited tv channels. Really dangerous stuff was put out and it seems that we, the kids, figured out if something was dangerous or not. I mean, who is the idiot arse who OK'd Lawn Darts as a game. Thank God I had rocknroll music that I loved and it was all dominated by the Beatles. My life would have been far more dangerous without John, Paul, George, & Ringo. When skateboards came to our midwestern suburb (the first time) they were crude things with metal wheels.We had a game where we divided into two teams. One team would station themselves in driveways along the side of the hill, and the other would go down the hill, sitting on the board, as fast as possible. As you traveled down the hill, team 2 would shoot out of the driveways and try to knock you off your board before you got to the bottom. Lots of great tussles and lost skin. It was a short game, because the lady who lived at the top of the hill would call the cops on us every time.

StoneH said:
I still have my 55 yo cannon. Match heads for gunpowder and anything that would fit in the barrel. A lot of burned fingers from igniting the the white tip on kitchen matches.

A friend had one that shot a 410 shotgun shell.
We were on the rim of a sandpit and somebody was 100' or so below flying an RC plane. First one we'd ever seen. The guy saw us and was circling, getting closer and closer.
Billy says, Wait here! Runs off, comes back with this little cannon an pops a shotgun shell in it.
Next time the plane came around...

SparkleFart said:
We had two sets (image not mine)
There were some close calls!

We had these. Mom and Dad got rid of them after there was a news story about a kid who had a dart land on his head.

Dismalhead said:
How 'bout some clackers? 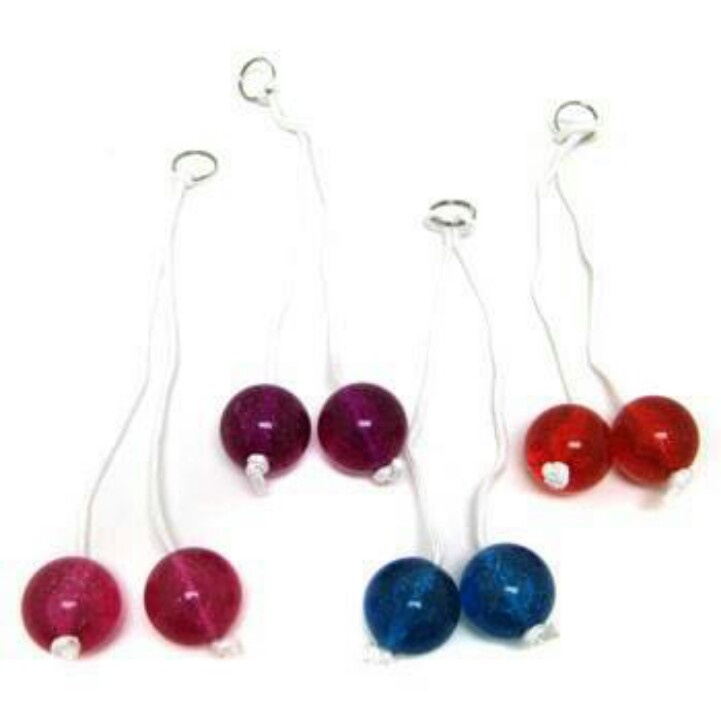 And I remember shooting my brother in the eye with a little plastic disc from one of these:

I still have my disc gun, but no longer have any discs.

orangeblossom said:
This reminded me of falling off the monkey bars at the school yard. Broke my arm. Just remembered also the time in gym class on a trampoline I missed it altogether and smashed both knees on the hardwood floor. Had a knee replacement and due for the other one .
Click to expand...

I remember falling off and landing on a bar right on my stomach, folded over in half. Knocked my breath out, and it taught me to be more careful. Never happened again.

Willie Johnson said:
You want some fun, take a whole roll of those red paper caps, put them on the sidewalk, and smack em with a hammer. My ears are still ringing.
Click to expand...

Yep..I did EXACTLY that! Smh


trapdoor2 said:
I was never invited to the BB gun wars or the dirt-clod fights. I could hit anything I could see. I wasn't interested anyway. Dad's firearm safety discussion went right to the bone...and after I knocked two birds out of the sky with two rocks (pure luck)...kids would quit when I showed up.

I got a plastic boomerang once. The edges were so sharp, I nearly sliced my fingers off trying to catch it.

OMG, I had one of these. Lasted about a week...but I was sooooo cool that week.

The reason I don't have any of my childhood toys is they were usually blown up by firecrackers.


LeicaBoss said:
Estes rockets were and still are some of the most insane toys. Rocket science for kids! 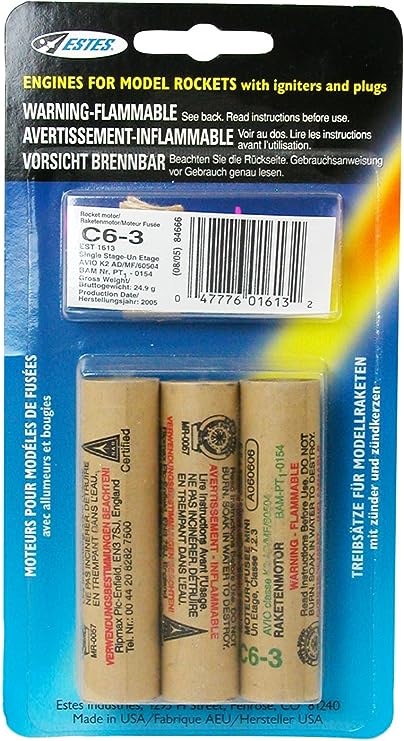 Just bought a set at a Goodwill..two rockets, the launcher and everything you need to make them fly...gave it to my sister, for her class (k-4..lmao)

I did just about everything listed on these pages.

Our big thing was playing army...we were lil warmongers, as kids. Once we had basic training, and the older kids put the younger ones in the cardboard box a refrigerator was shipped in to simulate being hit by artillery...as they threw rocks at the box.

I got too close to the side and took a rock to the side of my head..a lil blood and I got a purple heart..lol

Dropped on my head, by my brother, trying a wrestling move...had a golf ball sized hickey on it.

Sheeeid, I could write a book about the dangerous stuff we did.

The difference is I still love that kinda ish.

I found a RC 1/16 scale M1 tank that shoots airsoft BBs recently, at a Goodwill..paid $4 for it. New, they run into the hundreds of dollars.

The first time I tried it out in my place, I had no idea how far or fast the BBs would go.

I set up a target about 10' away and after seeing the speed at which they bounced off the door, behind the target, I decided putting some glasses on might be a wise move.

There are tons of vids on YouTube of guys having elaborate wars with their RC tanks...

I've been thinking of how to build a small scale village for my tank to destroy...and there will be fireworks used.

You can see it below sitting on my amp guarding my stuff. Wrist Rocket! An amazing improvement to the old sling shot!

I can't look at a playground slide without thinking of this cartoon. trapdoor2 said:
I was never invited to the BB gun wars or the dirt-clod fights. I could hit anything I could see. I wasn't interested anyway. Dad's firearm safety discussion went right to the bone...and after I knocked two birds out of the sky with two rocks (pure luck)...kids would quit when I showed up.

I got a plastic boomerang once. The edges were so sharp, I nearly sliced my fingers off trying to catch it.

OMG, I had one of these. Lasted about a week...but I was sooooo cool that week.

Soon as I saw this, I knew that must be Kurt Russell.

If you'd have had this in my hood, you woulda been THE MAN. 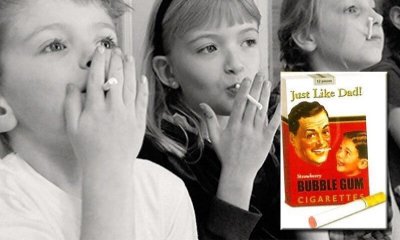 oh ! we had chocolate cigarettes here. I wonder if they still exist.

johnny k said:
oh ! we had chocolate cigarettes here. I wonder if they still exist.
Click to expand...

Google "candy cigarettes". Plenty out there!

Fretting out said:
I was watching wham-O commercials the other day and in the one for the water wiggle it actually wraps itself around one of the girls necks a couple times


My father and I were just talking about dangerous toys the other day, he said my uncles in the 60’s had toy machine guns that shot out plastic bullets
Click to expand...

My Mattel six shooter had bullets where the plastic bullet mounted into the shell which had a spring inside. As a cowboy revolver it would fire six times before you had to find and reload the bullets.

Conversely currently some folks riding horses wear helmets instead of Cowboy Hats. Can you imagine Roy Rogers or Gene Autrey in a safety helmet? Bleh.

We used to make "bolt-bombs". Two bolts and one nut. The scrapings from match-heads were packed into the nut and retained by the two bolts, one from each side. You'd throw it at a wall to get it to go off. The pieces would fly randomly. How we were never injured, I'll never know.

I've built and flown model planes ever since I was a kid. Back then, the most dangerous thing was sniffing amberoid glue. These days, I don't fly electric motors, I'm all about tuning nitro and gas engines, the faster the better. I have the scars to prove it but the most dangerous thing is confrontations from triggered neighbors at the club flying field! The airfield is in a rural area that's not even covered by local cop and state troopers won't even respond to noise complaints. LOL! Need help identifying metal, and how to clean it.
2

Yoga for a noob.

Studio chronicles - some pics from our time