this is my first reverb and PT2399-based circuit build.
built heaps of drives, but nothing fancy like this yet..

the idea behind this build was inspired by howard moon, well, this scene: i wanted to build a circuit for my friend inside a crab. i was hoping he wanted a distortion or something, but he asked for a reverb

i didn't really want to spend on a belton brick, and I wanted to to give these chips a go, so i thought this 2x PT2399 based circuit would be cool: 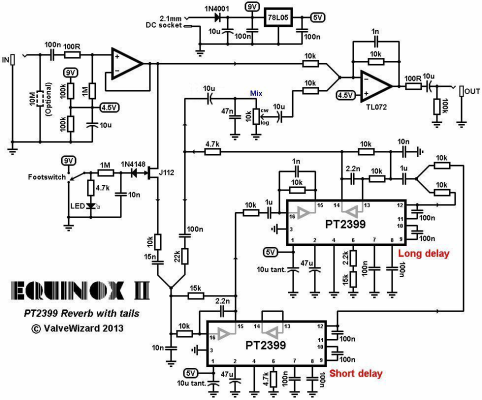 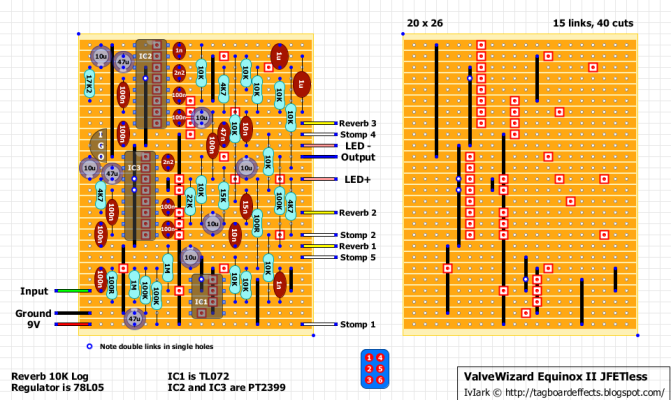 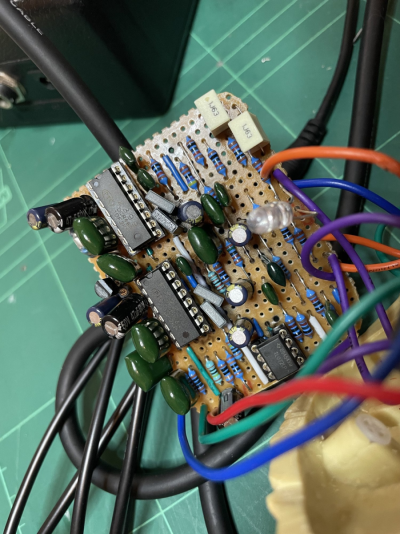 initially, it didn't work. was merely a terrifying noise box. lost my mind for a few weeks. couldn't find any errors. threw it on the shelf. kinda gave up.

then had another crack at it. checked it all over again and again, still could not find any errors.
then last night i considered maybe the soldering just wasn't good enough. i did this a few weeks ago with my old iron, it was dying, and it was a bit of a struggle to flow properly (when it shouldn't be).
i’ve since had a new iron for a while, so i whipped out the flux gel, went ham and reflowed every single solder joint on the board.
was a pain in the arse to clean off, cos i used way too much flux, but now the soldering looks a lot better and well guess what, it works too.
perfectly.