Could you own a big dog like a Caucasion Shepard?

My daughter has an English Mastiff. Sweet girl, loves daughter and the kids, but drool everywhere, hard to travel with, big poop

Cosmic Cowboy said:
Those are working dogs....livestock guardians. And loving pets I presume....but not easy, and not what they are meant and bred to do. Try a doberman, or even an old fashioned German shepherd if you want a regulation-sized guard dog.
Click to expand...

Yea, this is just a celebration of the dog. They're pretty darn expensive and not the best for my place full of guitars and 2 old cats 19 and 21.

Cosmic Cowboy said:
Those are working dogs....livestock guardians. And loving pets I presume....but not easy, and not what they are meant and bred to do. Try a doberman, or even an old fashioned German shepherd if you want a regulation-sized guard dog.
Click to expand...

They are not the easiest to train they say. And I believe they drool. Plus they'll kill any friends you have that come visit you.

Check your home-owner's insurance. Nowadays you won't have liability coverage or you'll pay higher premiums if you own certain large breeds. Any dog can bite, and little dogs can severely wound little kids' faces when they engage in fear aggression. But a big dog can kill a grown man, and sometimes they do. The dogs in this case were Presa Canarios, which are a breed of mastiff. 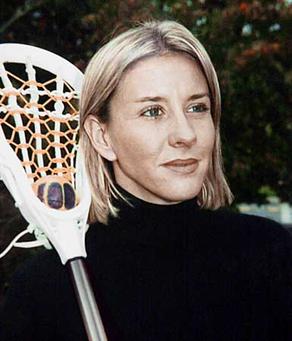 And when that day comes and I am completely living in a cartoon, some Egyptian hairless cats. (Edit: they're not Egyptian, they were first bred in the 1960s in Canada.)

Shepherd on the left, wolf hound on the right Skully said:
I've owned Newfoundlands for about a quarter of a century now. We're on our fifth and six, males from the same litter (twins!), that are a little over a year old. They are our favorite breed.

(A few weeks ago, there was somebody from a rescue org on NBC's "Today" saying that big breeds are big breeds and small breeds are small breeds. There are no inherent personality differences. What a bunch of b.s. I suspect he was lying in an effort to get people to just adopt, adopt, adopt.)
View attachment 998500
Newfs don't really slobber as much as advertised. What they do is drink a lot of water, and after they drink, their muzzles are quite gooby. And, yeah, they'll shake their heads and the spit will fly.

As for their longevity... Our first and fourth Newfs died of cancer at about five and a half. Our middle two lived to be 12. I think they tend to live longer than, say, Great Danes.

We also have another giant breed dog. He's half Anatolian Shepherd and half Pyrenese Mountain dog (like a bleached out Newf with a more narrow snout), but looks 100% Anatolian.


On top of that, we have a Basset, which has short legs but is a large breed dog, and a classic small white dog. For awhile, we also had a Siberian Husky, which turned me into a Husky hater.

39martind18 said:
Even if I wanted to, two reasons preclude it: I couldn't afford the food bill,…,
Click to expand...

And who wants the result

And then there is the Kangal
Strongest bite force with over 700lbs.

ASATKat said:
I love the Caucasion Shepard, but no way could I come close to providing what it needs. Or maybe a Kangal, less work than a CS but still a giant dog. Take it down a notch to a Rottweiler or?

No problem. I've got a pretty big Dogue de Bordeaux aka French Mastiff right now. She weighs right at 130 lbs and is 3 yrs old. They're a giant breed, also.

Wound_Up said:
No problem. I've got a pretty big Dogue de Bordeaux aka French Mastiff right now. She weighs right at 130 lbs and is 3 yrs old. They're a giant breed, also.
Click to expand...

Would you put them together? Because these CS and Kangals could surpass 200lbs.

ASATKat said:
Would you put them together?
Click to expand...

Not if they were both already full grown, like if I were going to attempt to rescue one. I'd take the Shepherd as long as it was a puppy and I could raise it around my Mastiff. Otherwise, they won't get along.

My current dog is an 80lb White German Shepherd. If I outlive her (she's almost 10 so I probably will) I'll never have another big dog again I don't believe. For sure I won't have another super hairy one.

It's the Jack Russell life for me. Big dogs = big mounds, and many other things that are just more difficult to manage with a furry roommate or two. I'm a big guy and I love my little dogs. He's so beautiful. They're all just little puppies at heart.

Lone_Poor_Boy said:
He's so beautiful. They're all just little puppies at heart.
Click to expand...

Although he’s also got a bit of cat in him. We sometimes come home to him on the kitchen table.

ASATKat said:
And then there is the Kangal
Strongest bite force with over 700lbs.

As far as relative size of big dogs’ number twos… doesn’t matter to me, the Bully poops the same number of times as our terrier did. It’s not like I’m touching or storing it.

Food is for sure a consideration. Big gal gets 12-16oz of raw meat twice a day against some presoaked no-grain/corn kibble. I’d put her grocery bill at about $300/mo conservatively.
D

I could live with one


Own is such a strong word

He was about 95 lbs of muscle

The more people I meet the more I appreciate a good dog.

Big fella, absolute unit. Beautiful
You must log in or register to reply here.

For aircraft Enthusiasts: On a wing and a prayer, ten more of the worst planes ever.
2