As promised in my thread on neck pockets, I have a build update on my latest tele. I used an alder warmoth body with strat contours and a carved neck heel with an allparts tmo-c. My youngest helped me pick colors and with some small assembly bits.

Started off with three sets of shellac for the build in DNA as I didn’t have any grain alcohol. First I put in some blonde shellac to seal the body: 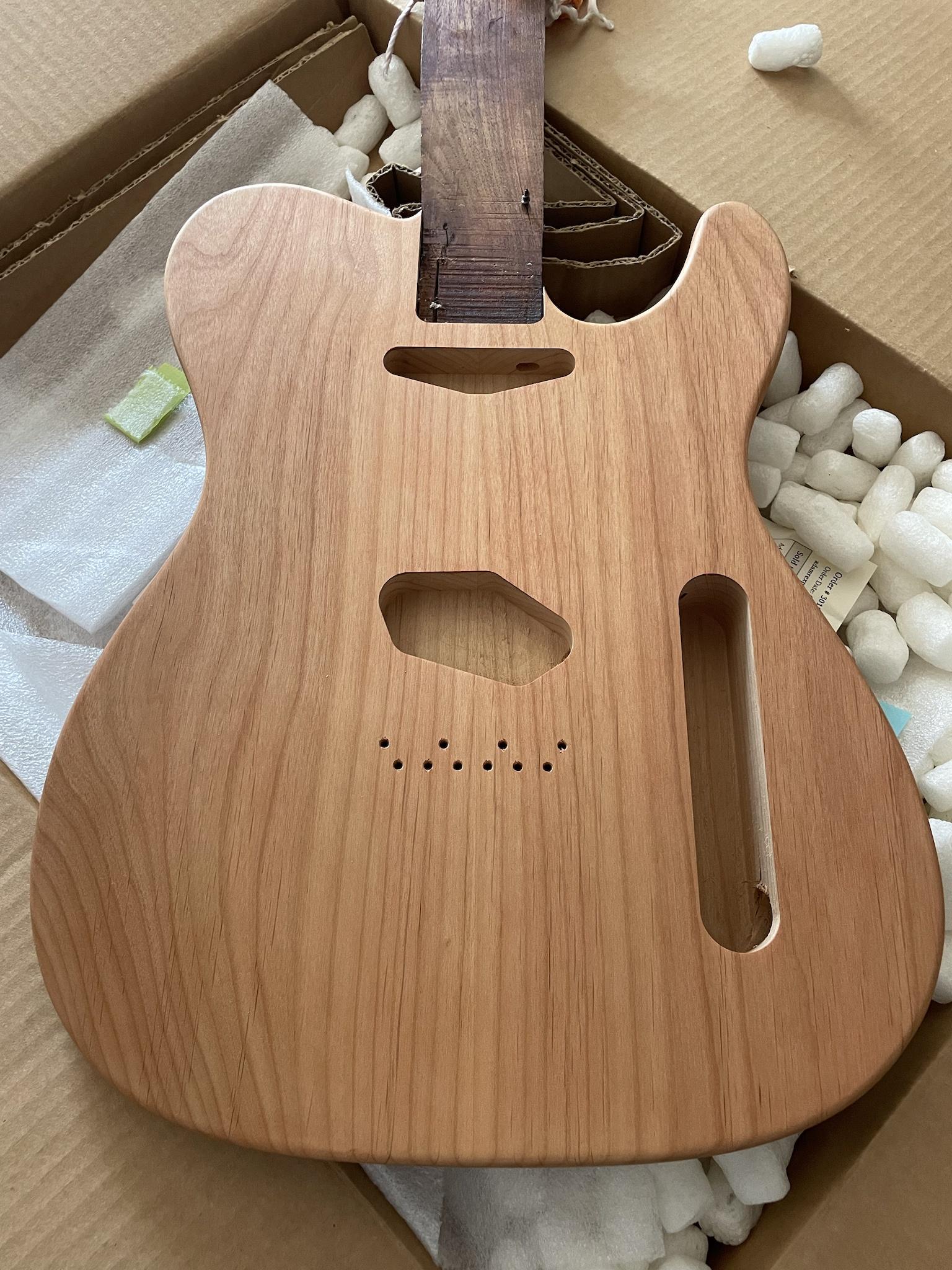 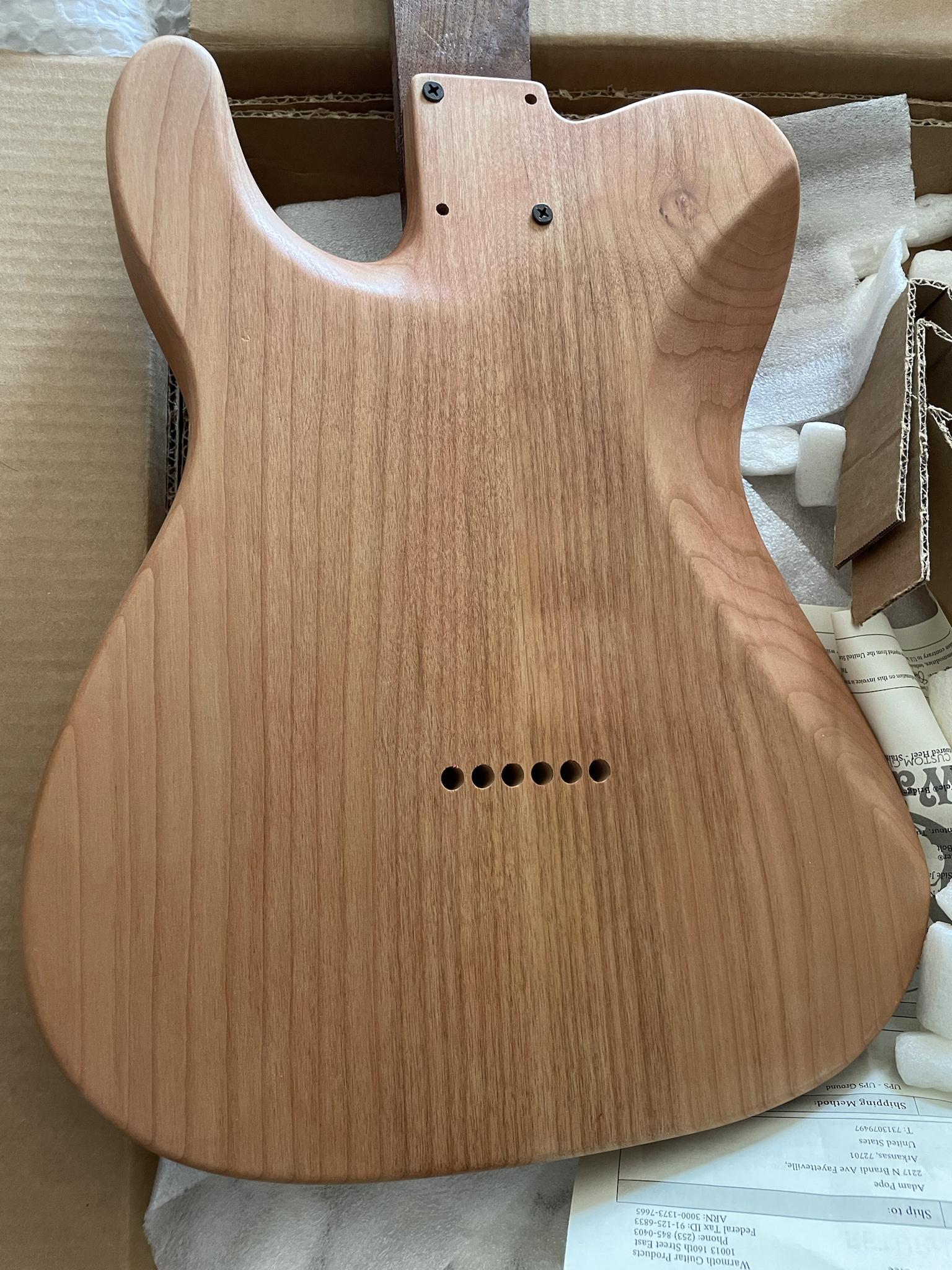 I then used a pad and swirled on a heavy red color tone cherry red shellac. I mixed by eyeball. It started going on real ugly, but after a bit it evened out: 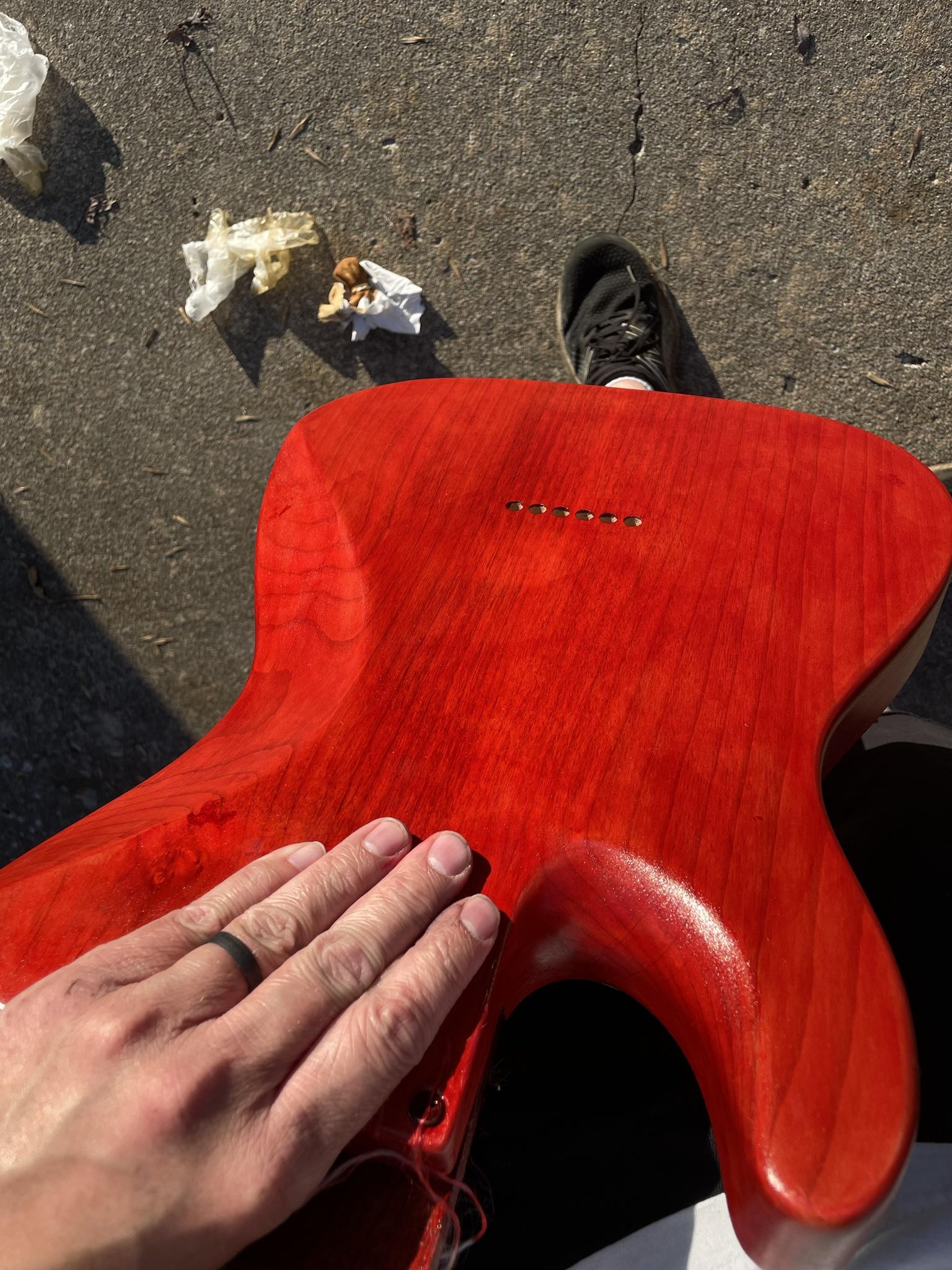 I had one weird spot, but it was under pickguard area: 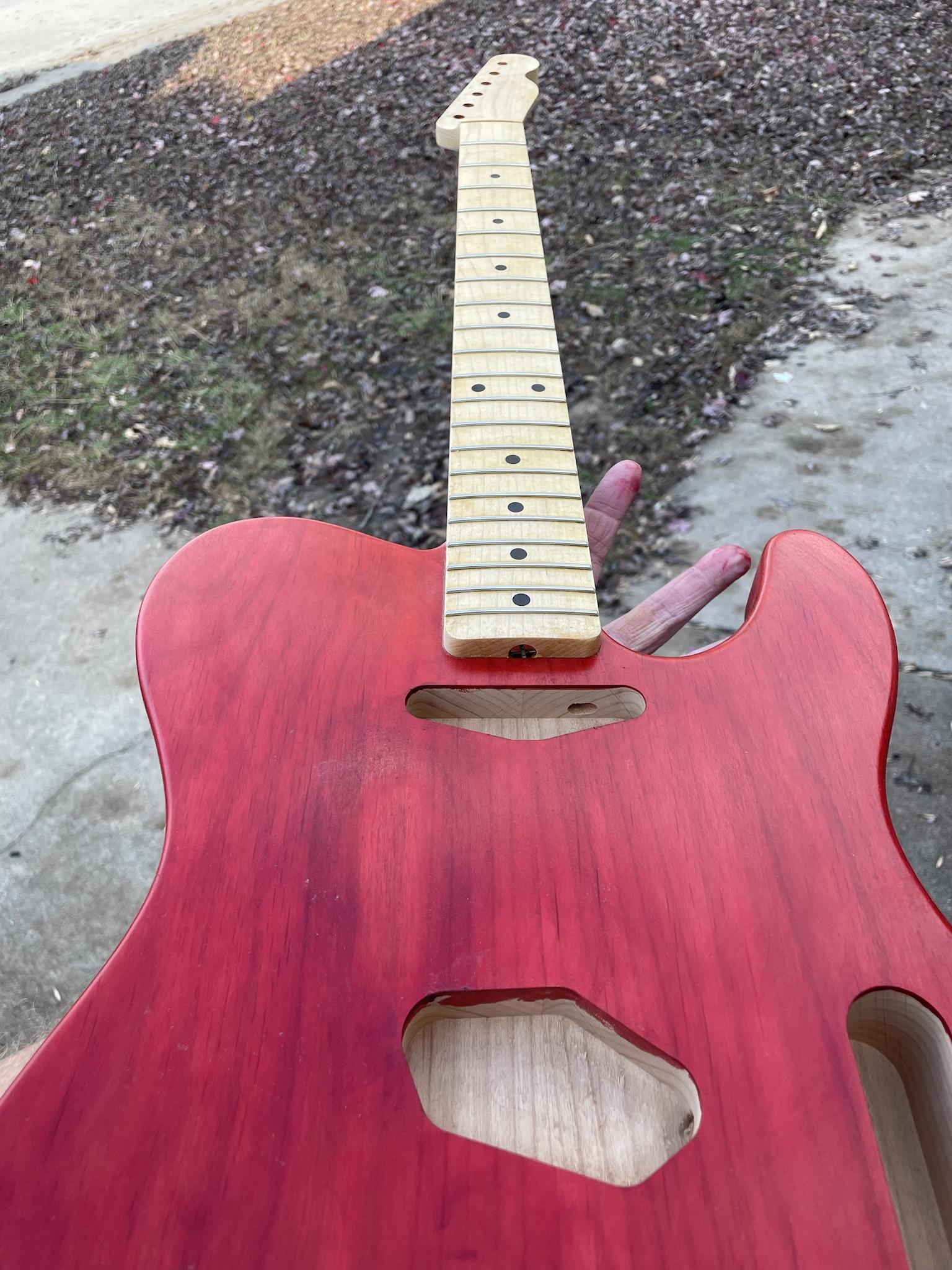 There are a few cotton particles in a spot or two, but they should wear out. I decided against wipe on poly on this one as the shellac just looks and feels so nice.

I started with garnet shellac on the neck, but it was pooling around the frets and looking awful, so I wiped that back with the blonde shellac. This process reinforced my deep hatred of finishing maple fretboards with wipe on finishes. I prefer a contrasting fretboard wood that doesn’t take finish just for my sanity: 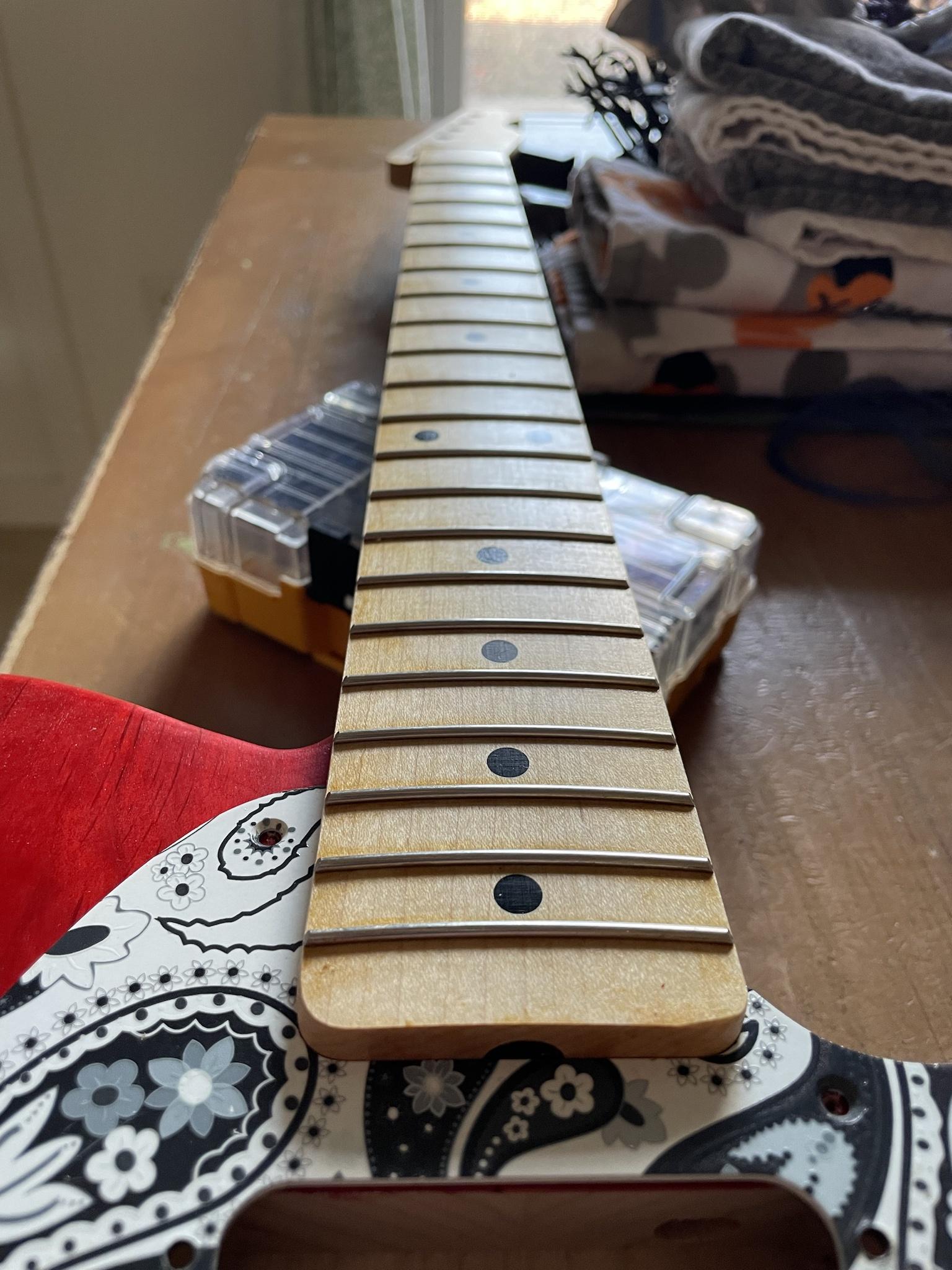 Next, I put in some vintage vintage 50s pickups (had to thread the neck holes of course for pickguard), and a four-way switch and Warmoth bridge. I then had to add my favorite strings: 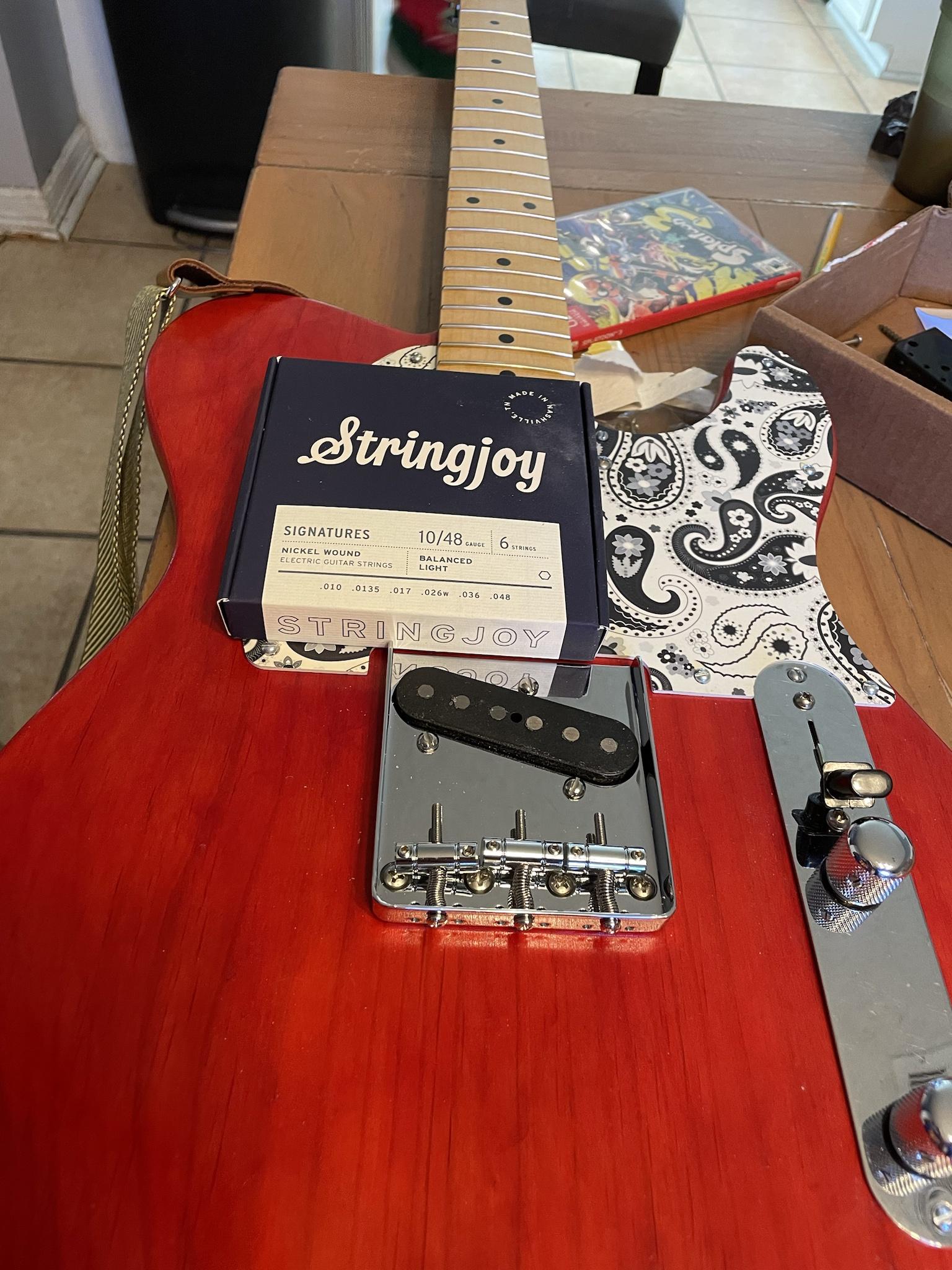 After all that I cut a bone nut, because my tusq nut sanded down crooked when I was radiusing the bottom. I really don’t like making nuts, but it came out ok so far: 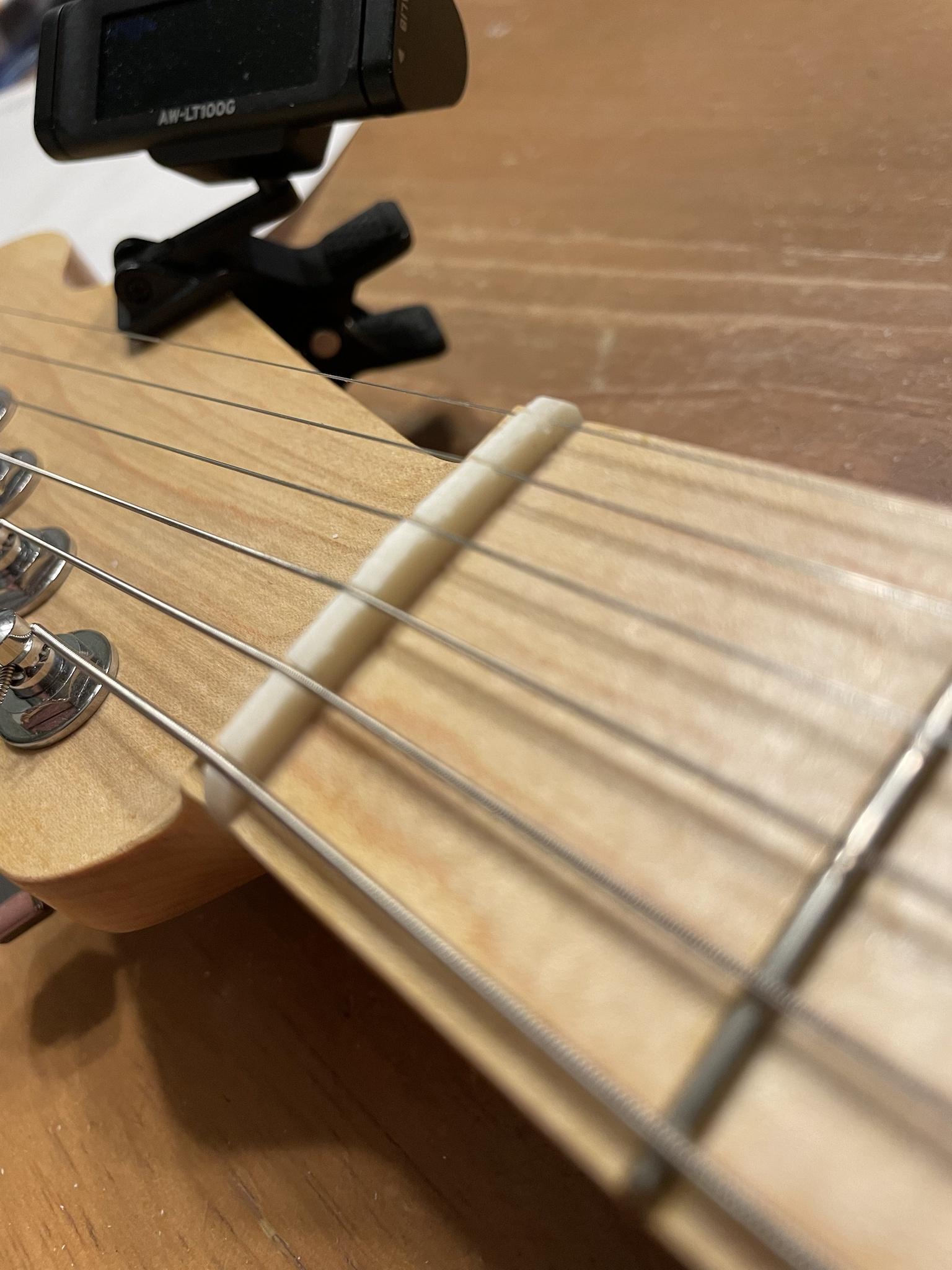 All in all, it looks pretty darn cool: 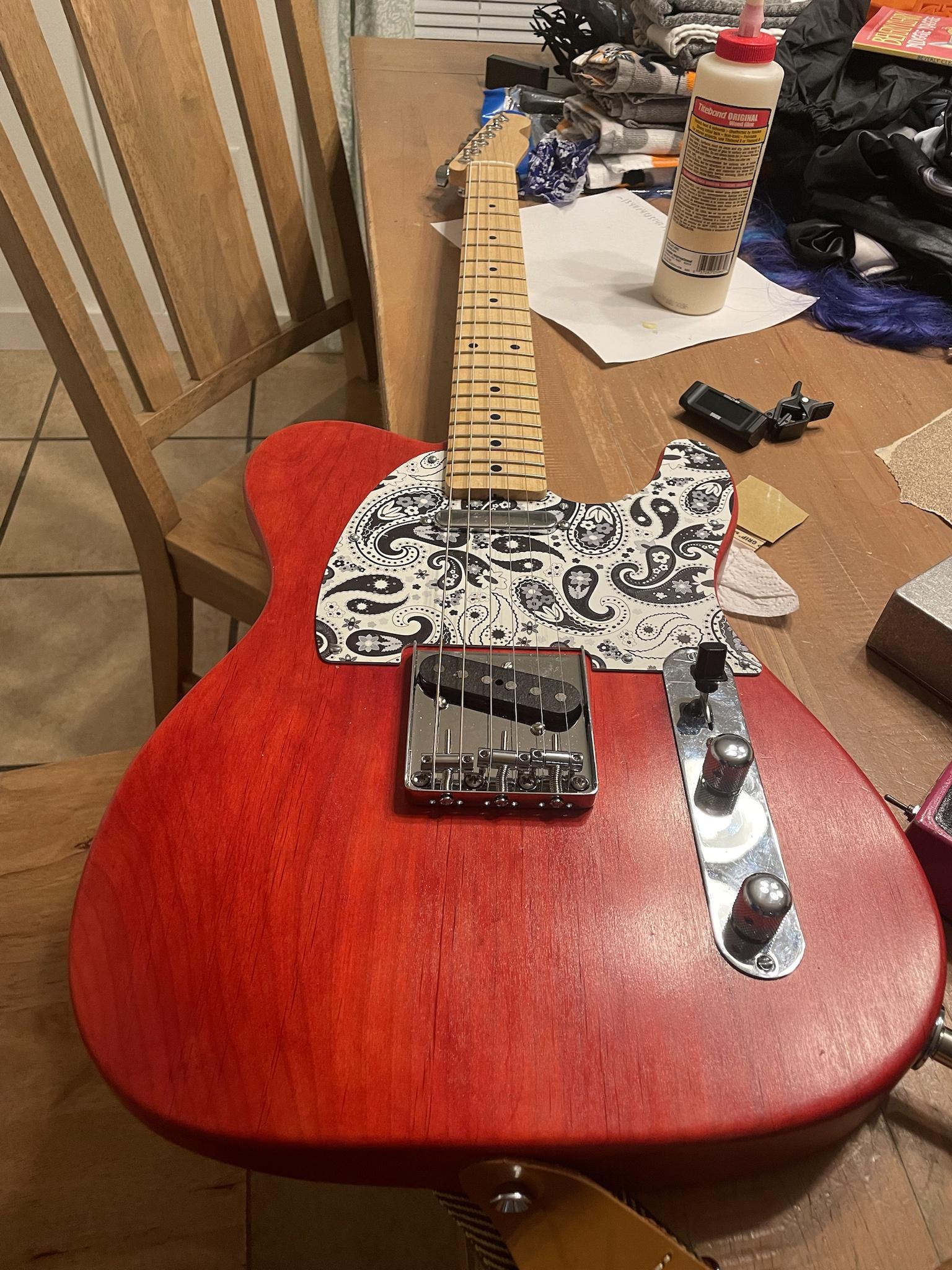 Also sounds amazing. Only issue right now is the four way wiring has resulted in my tone pot killing volume when all the way down. Trying to diagnose what’s going on with the wiring issues currently, but it sounds awesome, and I love the contours.

Put together one with a similar body from Warmoth. I too checked ALL the comfort cut boxes 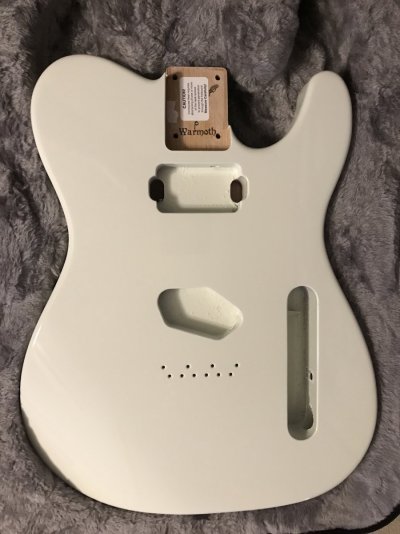 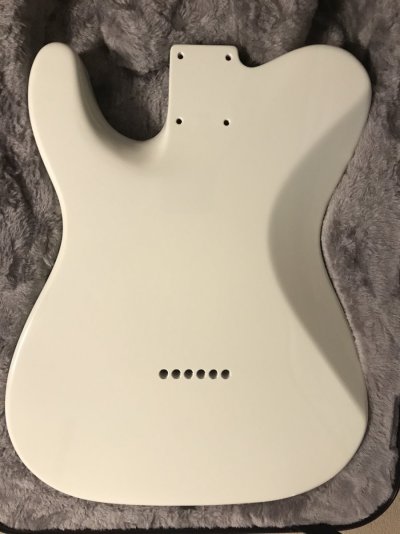 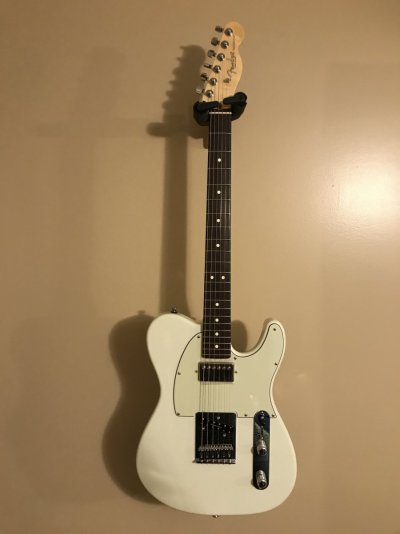 Put together one with a similar body from Warmoth. I too checked ALL the comfort cut boxes

The contours just make it perfect for me after playing a strat as my main guitar for a good while.

Lookin good... that is my fav configuration for a Tele.. they are a pure delight to play...

Ronkirn said:
Lookin good... that is my fav configuration for a Tele.. they are a pure delight to play...
Click to expand...

I’ve been really impressed by the versatility so far. The series sounds amazing with the fuzz and bucket, brigade delay, plug-in.

Potatocaster said:
I’ve been really impressed by the versatility so far. The series sounds amazing with the fuzz and bucket, brigade delay, plug-in.
Click to expand...

Yes, I also love the 4-way switching option on Tele.

I did it to my Jazzmaster as well, but I have no Rythm circuit.

For those that might be interested you can do a light carve and still use a pickguard. I never use a pickguard on my builds but screwed up this body and needed to hide the damage behind a pickguard. It is carved everywhere except where the pickguard meets the edge. The carved is transitioned to this point. 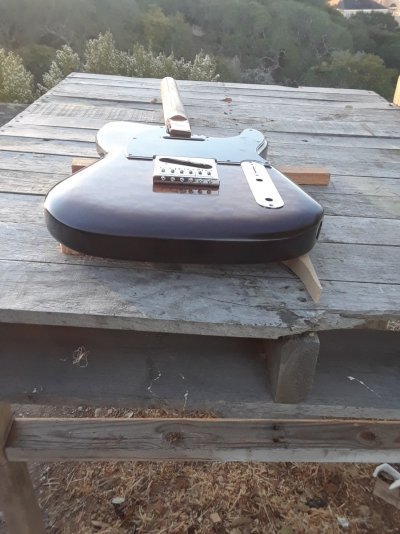 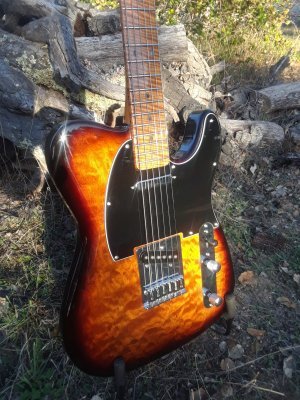 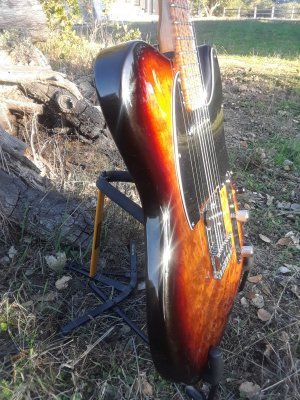 This is my most versatile Tele, dual humbuckers (Little 59 and a 59) and a Toneshaper with a 5 way switch. 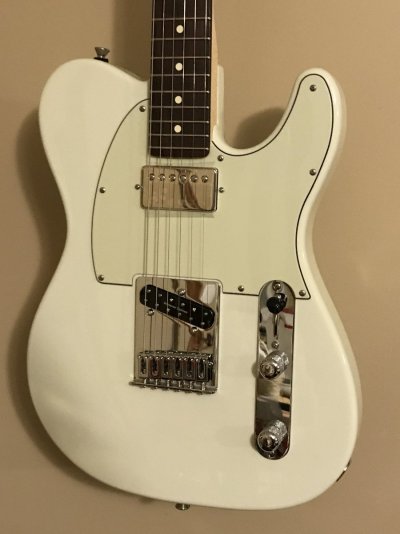 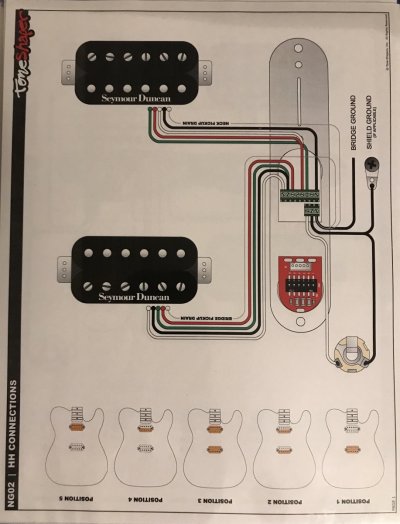 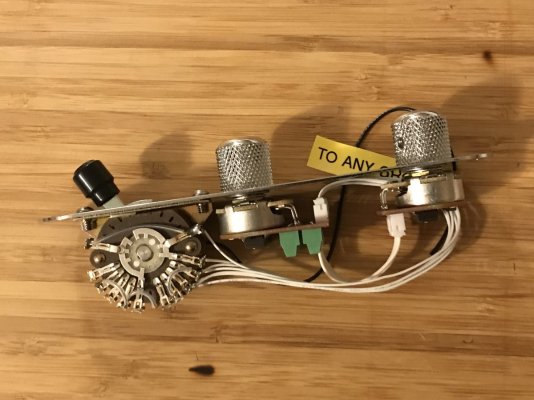 Potato - google up the Fezz Parka wiring mod. Its a very simple 1 wire switch - you might like the vol-tone interaction dynamics better.
The red wire is the mod:

P.S. sorry I tuned in late
You must log in or register to reply here.