Can’t stand U2? Nor can Bono 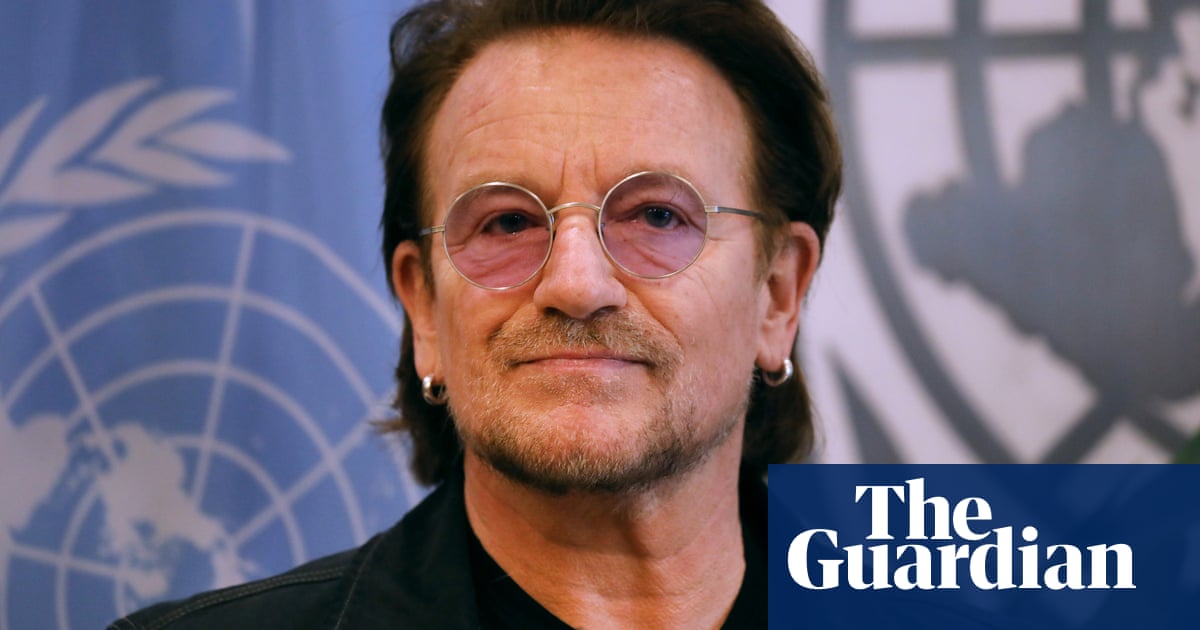 Can’t stand U2? Nor can Bono

The singer has announced that he hates the band’s name, most of their songs, and the sound of his own voice. Is this just an attempt to win new fans?

For once, Bono and I agree.

I like their guitar player and some of their songs. I don’t understand Bono, but whatever I might think about them is pretty irrelevant anyway.

Bono learned long ago that his entire purpose on this planet is to whine about things.

Hmmmmm..... I have nothing against U2 , it`s all a matter of personal taste.But I never could understand why they are so popular.The only song I like is "Sunday bloody Sunday"- for me their songs are all kind of boring....
but as I wrote that is only MY opinion and taste, and there are thousands and thousands of U2-fans who will surely contradict....

Is this just an attempt to win new fans?​

No, it's a way to generate buzz and maintain interest in the band in between record releases.

I lost interest in U2 when Bono became Yoko: The Second Coming with those goggles.

go away, Boner. i will never forgive you for your 80s crimes against hair.

One of the best rock and roll stories ever revolves around Bono.
Maybe it's not true, but, as I heard it:
Bono is cultivating one of his socially conscious/revival meeting-type moments....
"Every time I clap my hands...a child in sub-Saharan Africa dies..."
Clap....clap...clap...
And, in the silence, someone yells, "Then stop bloody clappin'!"

Remember this event from 1991? Hilarious.

U2: How Negativland Exposed the Band’s Hypocrisy!

Negativland Would Expose U2’s Hypocrisy Back in 1991, the obscure band Negativland tricked U2 fans into thinking the band dropped an album in the summer of that year, when in fact they haven&…
gnrcentral.com

U2 has some incredible songs. U2 has some dog poo songs. Bono believes he poos ice cream. Such is the cost of fame with some people.
All this AND some of the best concerts I have seen in my life have been U2.
Change your name. Good luck.

I mean, this from a guy who nicknames himself Bono Vox. Just saying.

charlie chitlin said:
One of the best rock and roll stories ever revolves around Bono.
Maybe it's not true, but, as I heard it:
Bono is cultivating one of his socially conscious/revival meeting-type moments....
"Every time I clap my hands...a child in sub-Saharan Africa dies..."
Clap....clap...clap...
And, in the silence, someone yells, "Then stop bloody clappin'!"
Click to expand...

OK...I checked it on Snopes...seems it's not true.
Damn funny, though.

A guy once tried to convince me that Bono was a better singer than Brad Nowell from Sublime, which is kind of laughable. They both are no doubt very good singers. Well Bono is very good but Brad was as good as a singer can get plus some. The difference is, Brad could sing anything of Bono's and probably sing it better than Bono, just like Brad could sing so many cover songs better than the original artist. But, Bono would not stand a chance of being able to pull of half of what Brad sang. Of course, I can only imagine that Bono would agree with me.

But by accounts I've heard, he's a good dude. Here's a cool Bono story. He was in Cinci for a show years ago. My nephew was having his b day party at his house with a bunch of boys and they were out playing basketball. Then a limo rolls by and stops. Bono hops out and starts playing b ball with the boys, takes a ton of photos and leaves to play the show that night.

The Joshua Tree album and tour was a breakthrough moment in pop music IMO. The concert in San Francisco I saw was amazing... sound, staging, theatrics, songs, American culture insights from an Irish perspective... it was all there. For me, nothing they did after that measured up to that moment.

It's His band.
He can not like it if he chooses to.
I am still waiting for some music that doesn't sound like their First Album.

No matter what he says, no one is a bigger fan of Bono than Bono.

Saw a very early US concert. I was dragged to it by my prog-rock roomate. Have to say, they kicked tail - - and that's not easy to admit, as I was pretty much a Muddy Waters kind of guy at the time.

But then came fame. And self-importance. Bono (I don't care what anyone says it's 'Bow-No") is now famous for being famous.
G

Wasn’t there a southpark episode that nailed Bongo?
I have seen U2 live a fair bit in big stadiums. Always a big show, but they need a big show because the music is generally average. The only pieces tgat i think stand out are ‘Joshua Tree’ and some bits of ‘Rattle and Hum’

I don't want to be "that" guy, but liked them when I was young up to and including The Unforgettable Fire. Although the rock glockenspiel of Boy didn't appeal, their live stuff from those early days was unreal. Their most maligned record, October, is still one of my favourite records. Bootlegs of live shows from then were highly sought after.

The Joshua Tree was something my friends are I were excitedly awaiting the release of. Vastly successful, 'With or Without You' reminded me of an REO Speedwagon song and I was bummed. I had a U2 backpatch of the War album cover on an army jacket in those days. It was nice that the "U2 SUCKS!" heckling ended and the threats of having my head kicked in by the local bangers. But the song was so underwhelming I felt kind of let down. Good for them, happy for their success, but the energy of the first 4 records was gone. Or different anyway. And it wasn't my bag.

But the guitar solo in The Fly is my favourite thing from The Edge. That was the energy from the old days tucked into their modern sound and the contrast is still mind blowing for me anyway.

Their record All That You Can't Leave Behind made me think they should write for Van Morrison. Strangely, every single time my wife and I would listen to that record, we'd have a huge blowout argument over something completely unrelated. It became a bad omen of sorts.

There is a hilarious movie about their early days and some rivalry. It's actually a great film. The portrayal of St. Bono is pretty incredible.