are you using the wrong strings ?

Wooly Fox said:
Try D'Addario Half Rounds first (EHR310 are 10-46s), they're warm in tone so good for the jazzy neck pickup work but not too dark if you want to play bridge pickup lead lines. You'll get used to the reduced attack before trying full flats.

Or GHS Burnished Nickels. In a set they are usually generally slightly less expensive than D’Addario half rounds, and they are available at juststrings.com in single strings, so you can customize a set.

D'Addario XL 011-046, and no I'm not using the wrong strings, as soon as I buy a new guitar and put those strings on, it starts to feel and sound like MY guitar.

Wrong strings are the ones you are not comfortable with

This is why Kala U-bass ukes have huge strings compared to a Precision Bass.

And tons of rockabilly players in the 50s and jazz players.

but stringjoy don't make em. & ever since the dog-finger-tip removal incident, i use 8s . . .

24 track said:
seymour duncan just sent this to me this morning , I thought i would share
I havent read the whole article yet but is truely unoffensive , enjoy

Restringing your guitar is an easy way to improve your tone. Learn how to choose guitar strings for your electric, acoustic, classical or bass guitar.

All very interesting and not at all patronizing. My Tele’s volume has dropped considerably since I changed strings. Just thought bends would be easier with nylon.

Strong words of criticism for Billy Gibbons there. Not sure whether that's what you intended.

And all along I thought I was putting the wrong guitar on the right strings.

KeithDavies 100 said:
Interesting article. Gauges getting debated endlessly. What sparked my interest in the article was roundwounds vs flatwounds. I've changed gauges over the years but always played roundwounds. The article got me wondering whether I ought to be using flats for the sort of stuff I like to play.

Anyone got any experience of both? Or anyone know of name players who use flats, to give me an idea?
Click to expand...

I've played both extensively. Flats completely change the tone of your guitar. You lose the grit or sparkle you get from wound strings, and instead it sounds a lot like 6 plain (i.e. not wrapped) strings. So you get a remarkable unformity of tone across the whole range of the instrument, but that tone sounds like very, very dead guitar strings. They almost get a nylon string vibe going.

I played flats exclusively for a few years until I got really into Telecasters, because flats really work against the bright twang-y thing that is the reason most of us play a Tele. So now I'm back to Ernie Ball Slinkys on most of my guitars and only have flats on my jazz boxes.

That said, I love flats on electric bass because the tones are almost like a sine wave - very little harmonic content besides the fundamental. They make my EB0 almost sound like organ pedals. Monster!

I bought a bunch of high-end strings to try….I have been using Elixir 9’s mainly because I hate changing strings.

I bought some Pyramid strings…both the regulars and a set of their Monel strings which sounded intriguing, some Thomastik Infeld Blues Sliders, and some Sfarzo Nickel Blend strings….all in 9’s to see how I liked them….I’ll post how they are once I’ve tried them all. 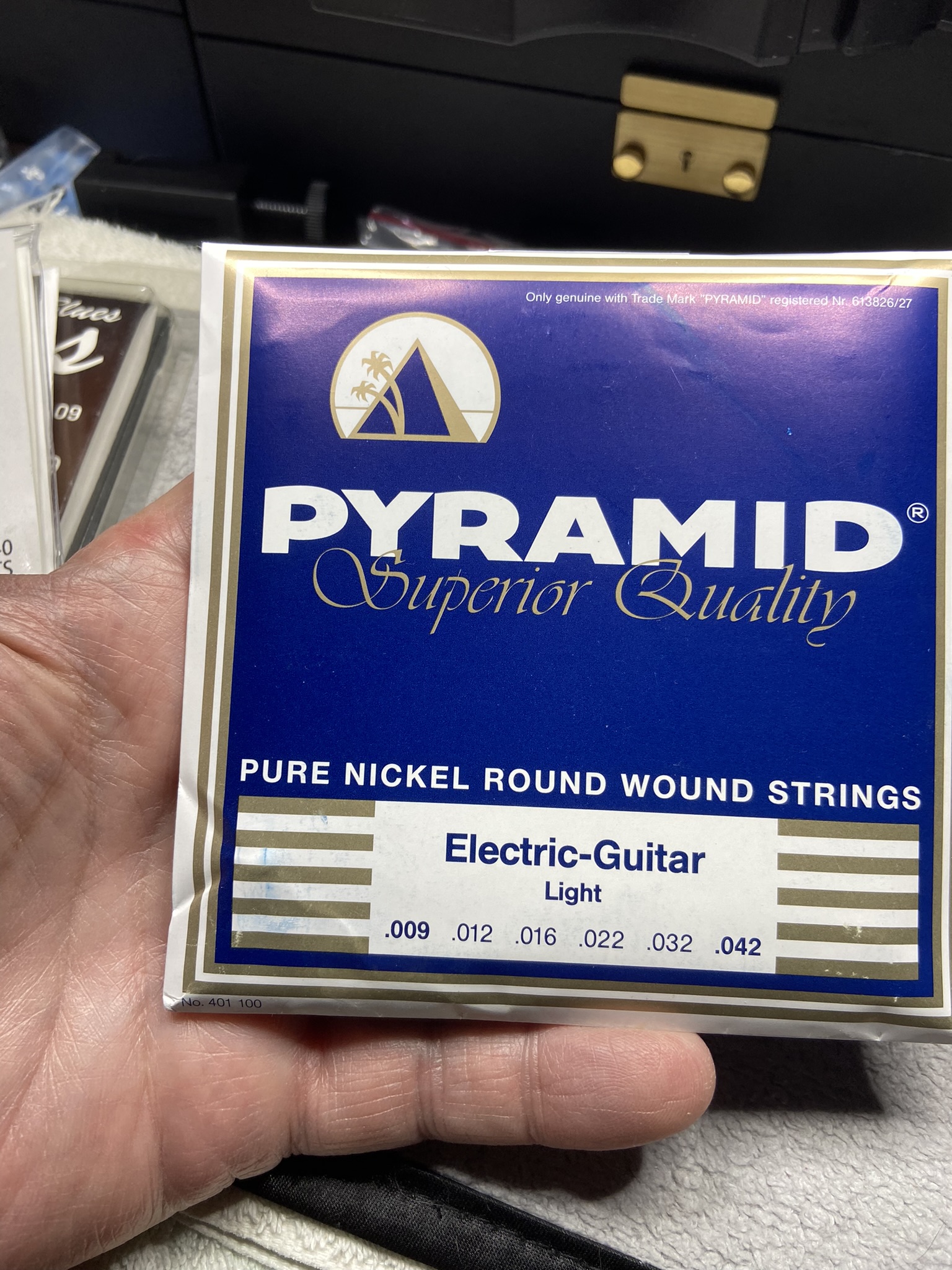 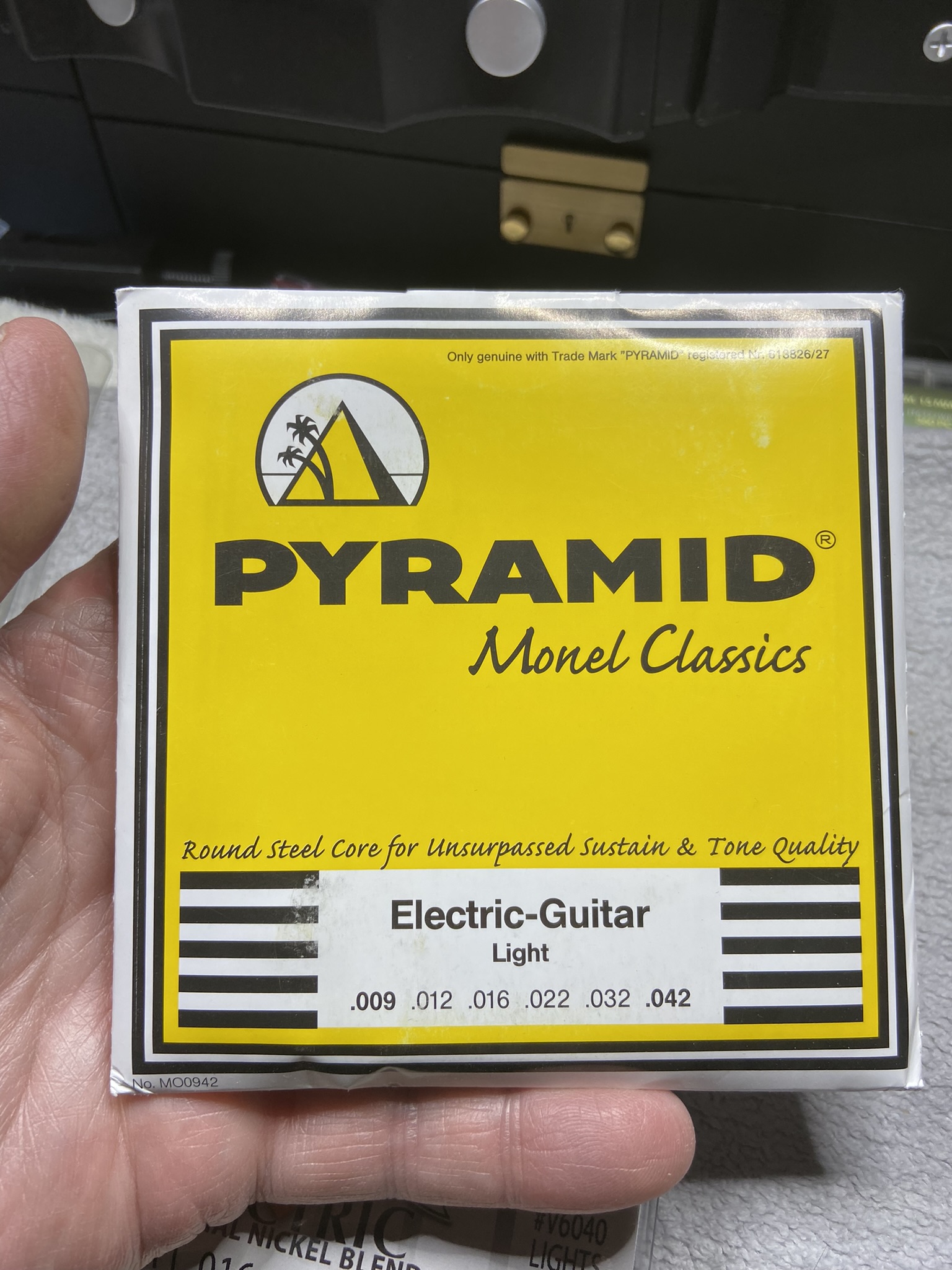 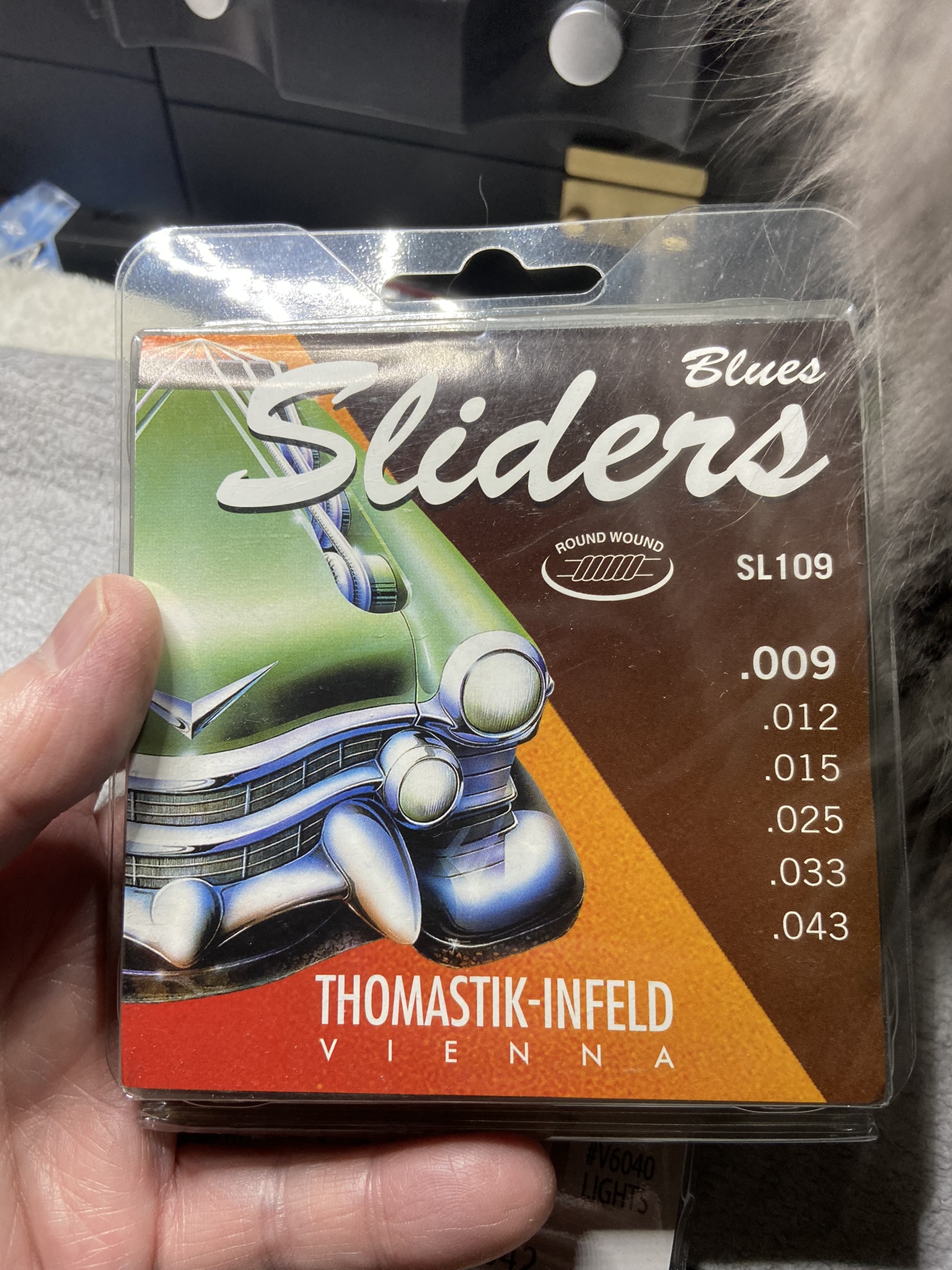 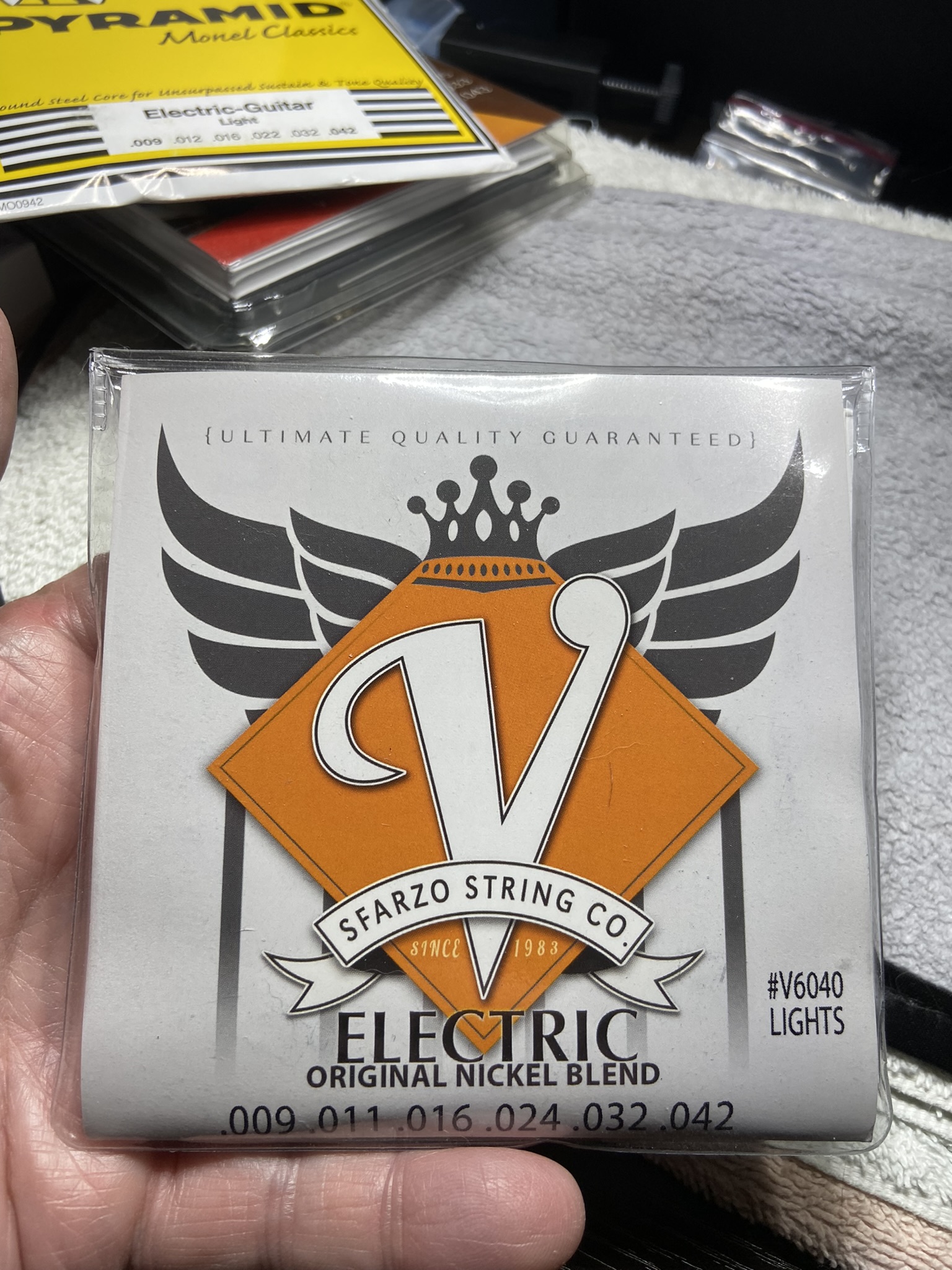 If you can't get the full-bodied sound of 12s from a set of 8s, fire your guitar tech.

My advice - play what you like and don't read silly articles.

brookdalebill said:
Nope.
Been happy as a clam for 20 years.
Thanks for asking.
Click to expand...

Same here. I’ve been using Ernie Ball 10’s and D’addario 10’s for as long as I can remember on all of my electrics. Every so often I’ll try other gauges and brands but always come right back to my old standards. I know I’ll always like the sound and feel and I know they’ll always be easy to get.

Who are you calling redundancy? I’ll have you know I haven’t stood in the corner of the classroom with one of those cone caps since I was a kid