Are You A Tourist In Your Own Town?

Despite living in the same place for over 20 years, I have come to realise that I am still considered to be an intruding outsider in the town nearest me! Xenophobia runs too high, - I have given up on the place! (people fine in my little village though)

Grew up and lived in a 125K metro area for 55yrs. Not civic, not social. Knew only a few neighbors at any given place where we owned a home. I could direct you to just about anywhere...
Retired here in 2019. Walking the dog (Rocket) has introduced me to much of the neighborhood...about 75 homes. Everyone knows Rocket.
Get me out of the neighborhood and I need Google maps to find anything beyond groceries...

I travel all over the city, but there is a certain level of anonymity that goes with living in an urban area.

On the flip side, a buddy lives in a small town in central Illinois. He knows everyone. Walking 2 blocks with him, he stopped and talked to at least 8 people. All gossip.
K

I'm a tourist. I'm a homebody/misanthrope by nature, and living in an apartment building, I don't feel the need to get to know my neighbors. Am I unfriendly? Not at all, but I don't go out of my way to speak to them. I've hopscotched around so much the last 7 or so years it just feels natural to be "just passing through." I'm moving back east come spring, so, the cycle continues.

I ran the local primary school rock band and taught guitar for 6 yrs. Many of those kids have finished highschool now and work in local shops/cafes...

Hi trev, I'm still playing that guitar you made for me, thanks for all the time you spent with us kids in the music room, etc...

very humbling and unexpected , something I never thought would happen years later.. a belated reward, the best of all..

Wish I could remember which town was mine.

All kidding aside, I’m generally inclined to be more neighborly than not. Some of it is situational. In the smallish to mid-size town of now - sure. Sent Christmas cards to neighbors; helped pick apples off of overloaded trees and then made pies & apple butter for the neighbors, particularly the 80+ yr old fellow next door who cares for his wife. And such. Been here since May.

In Austin, we knew evabody on the block, shared meals with some - and waved while walking the dogs, etc.

In Houston, in leaner times, when I lived in a dumpy little apartment on the edge of Stripperville, maybe not so much - although I once helped a pair of kids who’d been locked out of glitter-mama’s apartment of a Sunday morning get back in. Mama was just waking up about 2 in the afternoon.

Even in higher density neighborhoods, I found some kinship with other dog-walking neighbors.

Now I’m back in the land of my people, I have friends & family from Fort Collins to Taos, so I’m relatively comfortable here. Even the neighbors with questionable political ideas got a jar of peach jam or some apple butter.
Last edited: Jan 22, 2022

I worked in a very public place for eighteen years. When I quit and got a desk job, I became a hermit. 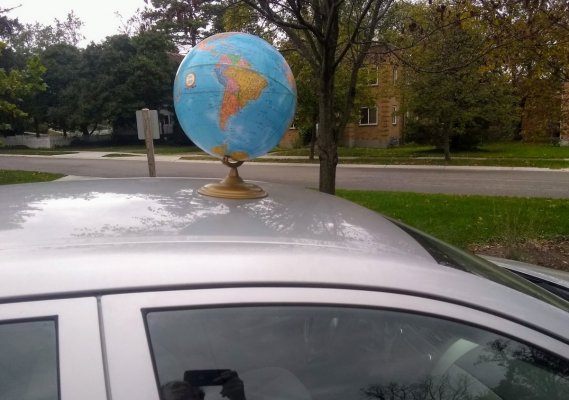 lowatter said:
I'm originally from Ontario Canada but grew up outside of Detroit and my wife is from Ohio. I've lived in many different places in the states including California, Arizona(for many years) Florida, Texas and even Indiana. We live smack dap in the heart of the south in NW South Carolina(think Mayberry RFD). Most of our neighbors we're good friends with but there's the occasional born and bred local that don't like us or are weary of us "yankees" even though we don't really have any accent at all(certainly not a New York accent). You can tell that they think that we "talk funny". I still refuse to call a shopping cart a "buggy" or say "mash the button".
Overall however, we fit in just fine and enjoy living here and this will probably be where I kick the proverbial bucket.
Click to expand...

Your post made me smile in a good way. I was born and raised in South Carolina but moved away as a young man. South Carolina is almost like another country unto itself. If you’re from anywhere other than the Deep South, you’re a “yankee”. I have lived in Washington state for 25 years now. I never lost the SC accent or lingo and have been treated like an outsider here. I often visit Carolina, but when they find out I now live in Seattle area, I’m treated like a tourist/traitor/outsider. I’m basically a “tourist” wherever I go.

I can recognize most of the cows and know who to call after I've busted em with the shotgun running them out of my wife's garden.

As public school educators, Ms. Nutz and I have taught literally tens of thousands, and it's quite frequent that no matter where we are, someone (parents, former students, former students who are now parents of our students) that somebody doesn't ask/say "Hey! Aren't you Mr./Ms. Nutz?"

That said, I take every opportunity I can not to use the freeway and check out different neighborhoods within the city. I'll be blunt: I don't do that in the suburbs, because I don't have an interest in their newness. Just being honest.

Edited to add: And we know most all of our neighbors, even a coupla blocks over. We are now the "old" couple on the block, and have hosted numerous dinners/parties with new neighbors, their young children, etc. Newish next door neighbors, both in their late 30s, are protein-research scientists whose children are a huge nuffin' iguana and tortoise, and who'll each wander over to our yard and munch on our grass ... the reptiles, not the neighbors ...
Last edited: Jan 22, 2022

it’s not exactly a “I know everyone, everyone knows me” type situation; but we sure know a lot of people.

Ithaca NY is pretty small; 33,000 in city proper, 102,000 in the county. My wife and I run a preschool in town, halfway through our 5th year. So I feel like we are pretty plugged into the community. At least the “families with young children” community.

Beyond that, my musical connections, and my interest in supporting and talking with other small business owners adds another layer to the connections.

I live in a very small town, I mean like go to the middle of nowhere and take a left small. Everyone around here pretty well knows everybody but sorta keeps to themselves, which is fine by me not being a people person anyway. We live in a pretty quiet (most of the time) neighborhood. We know most of the people around close to us, as in a block or so. Lots of people think they know us and toot their horns and wave at us out on our walk every evening. I think it's because they've been seeing us for years and feel like they know us when they actually don't.

Personally, I'd be just fine living on a section of land with the house built in the exact center (determined by a civil engineer) alas my financial situation does not fit my desire. I think with the aid of Amazon, I might be able to live as remotely as I would enjoy doing. The wife though, she does not share my desire to be alone in that fashion.

It's not that I don't enjoy the company of people, both friends and relatives, and especially the folks at golf courses. I would just prefer though, when I'm done with visiting, that I could be alone, as in unable to hear ANY noise emitting from my neighbors. Is this far enough away TD? 'Uh, I can still hear you asking, why not just go ahead and back up another quarter mile or so...

I moved from a town where I spent most of my life (population 70K) where the vast majority of people knew one another because it was created out of nothing in the early 1960s. I'm also the eldest of a very large family so if someone didn't know me, then the chances were they knew either one of my siblings or my parents who still are very much active in the church.
I was also know as a musician in the town gigging at least once a month in the town for about 30 years (Jeez I just realised that!).

The thing is, I never felt part of the place.

I found it stifling, even when I became involved in 12 step groups over a decade ago because although a very large and vibrant sub-community, it seemed as if the majority of those people spoke to me as if they knew me. Which was impossible: they may have known a whole lot about me, my family, my history etc but I was changing dramatically as a person so essentially I didn't even know myself.

Where I live now, since 2017, by contrast, I've never felt more at home. There's only 15 houses, nothing else.

My house has been here forever, there's a building shown right where I'm sitting now on maps as far back as the late 1600s. This current building is from 1790. The mill across the road was built in the early 1800s, 3 of the farm outbuildings are now homes since the early 2000s and about 100 yards away there are 10 houses built just after WW2 for forestry workers but now occupied by young families.

Basically nobody here is a native, the longest occupant is from 1985 but there's a cohesiveness that I've never experienced before.

In around 6 weeks time we're getting a community gigabit broadband network that I initiated the idea of and campaigned to raise the government funding. That helped create a sense of togetherness because we have had quite a few meetings, mainly in my garden over the last couple of years because of a global event I dare not mention.

We help each other out when trees fall due to storms, clear snow for each other, even do each other's shopping when quarantines befall certain homes.
There's a lot of passing traffic in summer on the way to the tourist town a few miles away and throughout the year people pass through to climb the hills, fish or use the mountain bike trails but they're all mainly from Glasgow, our largest city. Other than that nobody visits here, they just pass through.

My only source of bafflement is that I knew this area well in the 1990s because I was the area water engineer until health had me retire from that in my early 30s. I had the chance to move here at the time. I'll remain baffled why I didn't make the move here 20 years earlier.
I suppose I was too happy being miserable in my old town.

Tourist I have only lived here 4 months. I love this place, people here are friendly and courteous.
Opposite of up north. Every day is an adventure.

This whole district is a tourist area.. the built up coastal strip is only 15mins away and the hinterland has natural attractions as well. Mixed in with a farming community.

Winter and Summer the weather is warm.... you can swim in the sea all year around without wetsuits..

tourism is important for our economy, locally.
You must log in or register to reply here.