Robert Alger said:
Poor? not a word I would use.


Do you see a Guitar Center in this Pic?

There's not one here either, to be fair. 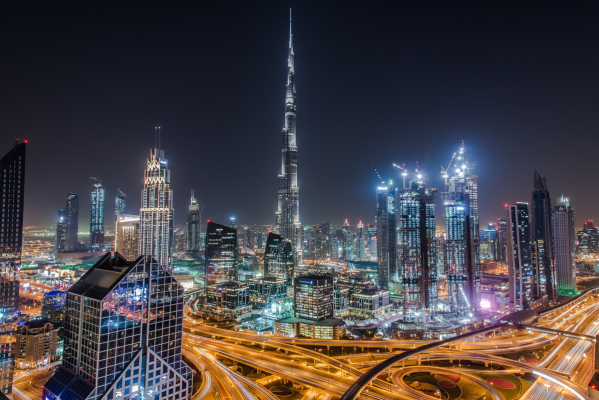 Killing Floor said:
Ooh, had to go there. I don't need to check it out. Senior at Baylor and a high school senior on the way to college. College costs are completely off the rails. Thank goodness for some scholarships.
Click to expand...

I have one at UCLA and one headed somewhere this fall. $$$.
B

sax4blues said:
Almost daily a new thread is started bemoaning the price of guitar related items. As best I can recall this has been way before any current global economy issue.

I can’t think of another recreation population I’m around which talks so much about cost. My individual experience is guitar is more affordable than snow skiing, golfing, mountain biking, shooting. And my guess is motor sports and boating are significantly more expensive.
Click to expand...

Most of these other activities are recreational, one, and two they're done outdoors away from crowds. So, you can still do these despite the dislocations we're going through now. So, those enthusiasts are out kayaking or mountain biking or sailing or fishing or whatever, and if they need to replace something they're resigned to just paying and getting back to the fun.

Guitar Players, in some case are/were "pros" and they're in many cases having to earn money other ways. So, they haven't the ready cash that (some at least) had 4 years ago. But I also think some people simply are left with nothing to do but complain since they're playing out so little now, maybe not rehearsing or jamming anymore, and I would understand fully if a guy who couldn't make full use of his electric guitar would be miffed that the price went up (and not down).

Go through the demographics a bit closer and you will find the answers:


A high percentage of guitar players are teenagers.
Teenagers have no money.
They work part time jobs for minimum wage, saving up to get 'their dream guitar' only to find the price has just gone up another twenty percent!

The next large percentage of guitar buyers are those with small families, slugging away at a solid but low pay job that in time could be something but for now it's a slog with a long commute. They are in their 20s to 30s. They had to give up the motorcycle because it was unsafe and expensive. And the same thing happens, they saved up for the dream guitar only to discover: the price went up twenty percent!

That is the source of the problem.

Less than 5% of the guitars sold are priced over $3,000. It's easy to find Dentists and Lawyers to buy them. Or players who chose another successful opportunity along the way like owning a plumbing business. This wealthy demographic saved up and can afford the dream guitars, even if the prices increased.

They don't complain so much about guitar prices so it seems like the default condition is that no guitar player has any cash.

Ask a bass fisherman how much he actually spent per pound on those filets.

I still think we are in a golden age of fine offerings for great value. Twenty years ago, I was spending $100 for a pedal and they are still priced similarly.

So many of these questions answer themselves if you just remember one fact: Musicians are weird.
K

Nogoodnamesleft said:
I was looking as a bassoon once. The price was an obvious deterrent. Not even remotely possible.
Click to expand...

I don't even know what a bassoon is, which means I definitely can't afford it!

Flip side: who is the wealthiest guitarist alive today?

Gosh, he must have sold all his guitars!

Ive been poor even before i started playing guitar. Lol.

Gosh, he must have sold all his guitars!

I consider myself as doing okay. I have a roof over my head, food on the table and clothes on the backs of both myself and my family. We won't be holidaying in The Hamptons any time soon, (reference for the U.S. readers) but thing are okay.

On the other hand I don't consider myself much of a guitar player so maybe it all balances out in the end.

jvin248 said:
Go through the demographics a bit closer and you will find the answers:

A high percentage of guitar players are teenagers.
Teenagers have no money.
They work part time jobs for minimum wage, saving up to get 'their dream guitar' only to find the price has just gone up another twenty percent!

We're all teenagers on the inside.

Well I guess it is if you can't afford a roof over your head or food on table, then $400-500 would be a luxury that you can't afford. That's very difficult if you earn your living playing it though, since you need the tools for the job. (I also realise I'm fortunate).

I have noticed that since getting into a band, most of the other guys don't spend money buying new gear. They just stick with what they have and make it work. Some youngers tutors I've had in the past haven't had very expensive guitars (but still make them sound amazing, which is quite humbling). I've also met some well off hobby musicians who had very expensive equipment, but couldn't really play that well. Since they could afford it, then I don't see the harm in it and in some cases they did stick at it and got pretty good in the end, so they have nice gear that they can play well now.

Now that I'm approaching an early retirement I'm becoming much more aware of the cost of all things. I'm actually planning on selling off a few guitars, amps and pedals, but it's not a very good 'investment' since most of them will sell for much less than I paid for them. I might as well liquidate some of the collection though as I've had long enough to enjoy it and work out what I really won't miss and what I would if I sold it.

Since the only extra money I'll have coming in is from gigging, above a modest pension that doesn't fully cover the bills (I'll have to subsidise using savings), so I don't expect to be rolling in cash. On the plus side, if things don't work out, I'm young enough to go back to work again, so again I realise I'm fortunate (and that work in my field is fairly plentiful in my area). If I make it through until I can start taking one of my private pensions then I'll have done it being a poor(ish) musician.

fundamental difference:
those are just leisure activities. music can be a vocation. people rely on guitars to make a living. for musicians the price of guitars, gear, and repairs are the cost of doing business.

when those costs go up, it eats into profits and it impacts people's livelihoods.

people don't have that level of stakes riding on something they do for leisure. unless you are a guide, a ski instructor, or an olympian, none of those other activities are really that important to someone's livelihood.

also, skiing and golfing are traditionally hobbies for rich families. I think if you're hearing someone talking about skiing or golfing at all, they are probably not that concerned about their finances.

it's might be different out in the country or suburbs, but in my experience people from the city who golf or ski are usually on easy street from the get go. they own cabins, pay for expensive country club memberships etc.

not really comparable to a working musician.
Last edited: Jan 26, 2022

It’s not because we are guitar players, it’s because we’re old farts.