Anyone here listening to All American Rejects?

During the pop punk wave of the early 2000s, we had a bunch of bands to deal with being categorized in that category. Green Day, Sum 41, Simple Plan, Blink 182 and Good Charlotte are among those who are classified as a pop punk band.

So were The All American Rejects. Led by bassist and keyboardist Tyson Ritter, and drummer turned guitarist Nick Wheeler, they recorded their first album in 2004, which was filled with power pop workouts like Move Along, Dirty Little Secret and Gives You Hell. Like a lot of pop punk bands, the All American Rejects fell out of fashion by the early 2000s, but they helped revive the outlaw spirit of bands such as Green Day and Blink 182.

Lead vocalist/bassist Tyson Ritter uses two models of Fender; one is a Black P-Bass, and the other model is the then-discontinued Jaguar Bass. Ritter also uses Gibson models, including the Gibson Thunderbird bass, and the Epiphone Flying V, and a Jackson Series V bass. He also played a Gibson Flying V bass, and an Epiphone Korina Explorer bass. I believe he also uses Fender amps.

The music video for Dirty Little Secret shows Tyson Ritter playing a Gibson Thunderbird bass. One of the all time greatest basses ever, the Thunderbird had fallen out of fashion--that is, until Tyson brought it back into relevancy. I remember reading an interview where he mentions wanting to buy a Gibson Thunderbird bass after hearing John Entwistle of The Who use one. This music video was shown a lot on Nickelodeon when I was a kid, so good idea if you're like me and stumbled upon this post just to watch the video for Dirty Little Secret. 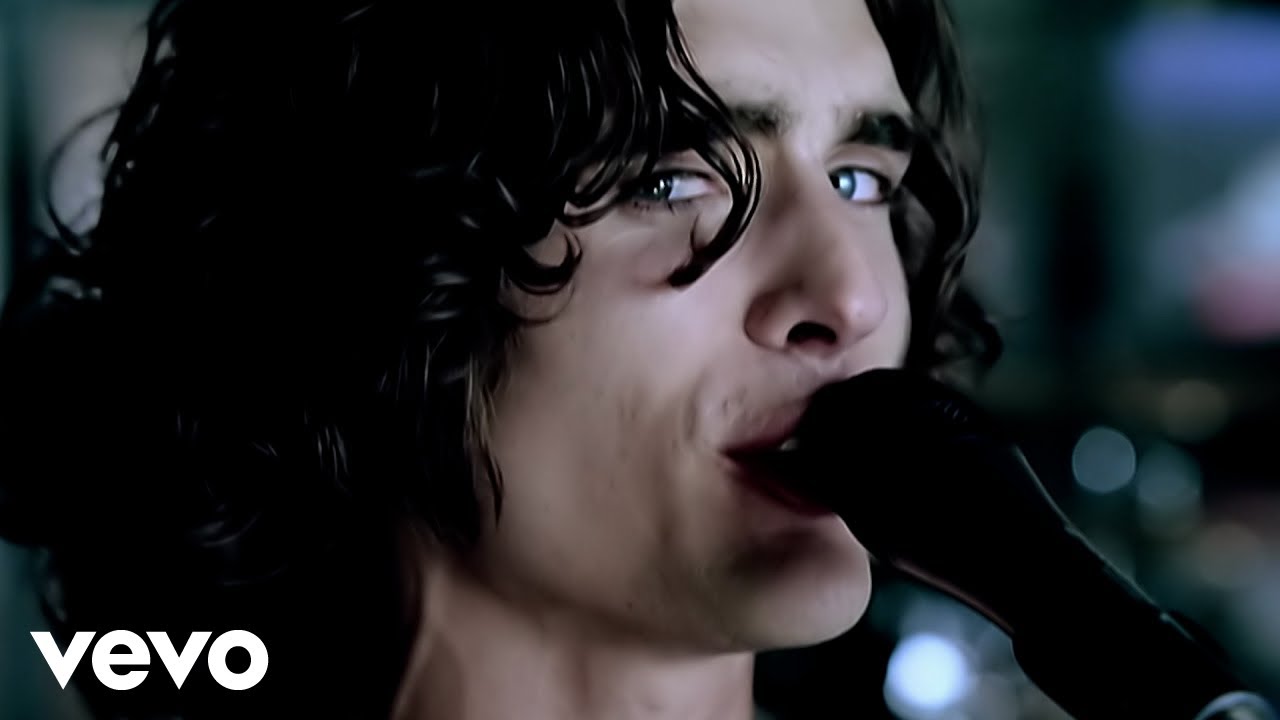 He also played a Gibson Flying V bass in the video for The Last Song.

I also really love their song Move Along. That song was so overplayed in 2006, it wasn't even funny. But it's still a good song.

I don't think Tyson throws away or gives away any of his instruments. He's a pretty nice person, from what I've heard. He also plays pedal steel guitar, recorder, marxophone, and vibraphone. The rest of the All American Rejects members all play Gibson instruments too. Tyson Ritter went on to have an acting career, guest starring on House, as well the NBC series Parenthood and also in the Anna Faris comedy The House Bunny.

The lead guitarist of the All-American Rejects, Nick Wheeler, primarily uses Gibson guitars. Wheeler's main guitar is the Gibson Firebird. He primarily uses a Vintage Sunburst Firebird V. Wheeler owns a rare cherry Firebird VII, which he no longer uses for live shows, as well as a custom Firebird, which is painted in blue glitter. He owns eight Firebirds overall. He also uses a Classic Gibson Firebird. Wheeler frequently uses a Gibson ES-335. This guitar is notably used live for the intro of "Top of the World", taking the place of the classical guitar originally used in the "Top of the World" recording. It is also commonly used in the songs "It Ends Tonight", "Real World", "Stab My Back", "My Paper Heart", "Gives You Hell" and "Dance Inside". Another guitar that Wheeler favors is the Gibson EDS-1275 doubleneck guitar, which he uses live on "The Wind Blows". He has also been known to occasionally use the Gibson Flying V, namely for the performing "The Last Song" live.

Rhythm guitarist Mike Kennerty has used the Gibson SG since joining the band, and also uses Washburn Guitars. Another guitar that Kennerty favors is the PRS Guitars Mira X which came out in early 2009.

I do think All American Rejects got too much hate from critics when they first came out. But that's just my opinion. I also liked when Glee covered the song Gives You Hell. They did a good job covering that.
N

I thought Nick Wheeler used a Gibson Explorer I had to go back and look at the video for "Swing Swing", it's been a while since I heard much about them but it was a Firebird.

Abso-friggin-lutely! We rotate Swing, Swing, Dirty Little Secret, and Move Along, and Last Song in our band's setlist.

My son introduced me to their music.
AAR and Fall Out Boy were pretty good

I always thought they were great at crafting catchy and intelligent pop tunes. I never understand the hate.
H

That's my highschool era, so yep! Their first CD was always in the rotation... along with All Killer, No Filler, Take Off Your Pants and Jacket, Enema of the State, and a Napster-pirated CD mix of the Tony Hawk Pro Skater 2 soundtrack. We didn't have much of a frame of reference for "real" punk in the suburbs, lol. I remember a friend in middle school had a t shirt with that album cover on it, before I had any idea who they were

I was more into Nu-metal at the time
You must log in or register to reply here.

Any fans here of Leon Wilkeson?