cjp60 said:
Love me that Tremoverb but you’re right, it weighs a ton! I recently bought a Suhr PT15 IR that I’m really liking. And only 24lbs.
Click to expand...

I also bought a Pt15IR with the twin cab and it's my go to amp big time. That amp sounds so good. i also own a couple of fender tube amps.

I have 2 master built teles, so what? They are lovely, I love a tele, are they worth it? They are to me, ymmv

Really like your guitar. Color combination, neck and trim, just beautiful. Are those nickel tuners? Does not matter just has that look.
P

I bought a used Dennis Galuszka 1960 Strat made in 2003 I think. I sold it briefly after I got it. The neck felt great but the fit and finish were subpar. The nut was cut as such the low E and A strings were too close together. Also, it didn’t sound great. It didn’t sound bad but nowhere as good as the team built FCS 1962 Strat I had at the time nor other team built Strata I’ve had prior.

Wow. Expected to see lots of forum members showing off their masterbuilts. Seem to be rare as hens teeth. And still up to 3 year wait. Well, I did end up changing my mind because well, FCS came out with this model this year and it's scratches most all my itches (except the double bound two-tone burst itch!). - http://www.fendercustomshop.com/gui...allo-tono-ligero-relic-maple-neck-aged-black/

Hi guys, I bought a gorgeous Jay Black masterbuilt telecaster that belonged to John Entwistle from the Sotheby’s auction back in 2003 when he passed away.
I paid £1800 for it and it was made for him in 1992 and was untouched.
The guitar was finished in white and had gold hardware, I remember posting pictures of it on the old Fender forum. I ended up selling it to a chap who ran the music shop in Stratford upon Avon a couple of years later and as far as I know he still has it.
It was a righty so I never played it but boy do I wish I’d kept it.

Just adding some eye candy with my FCS master builds... 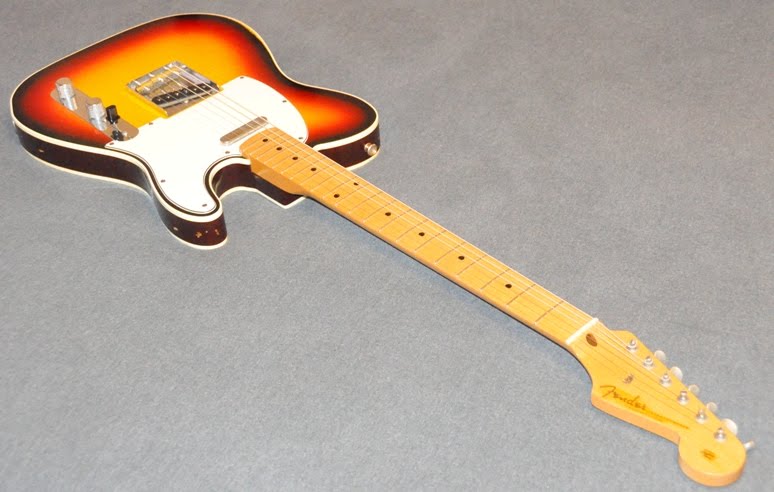 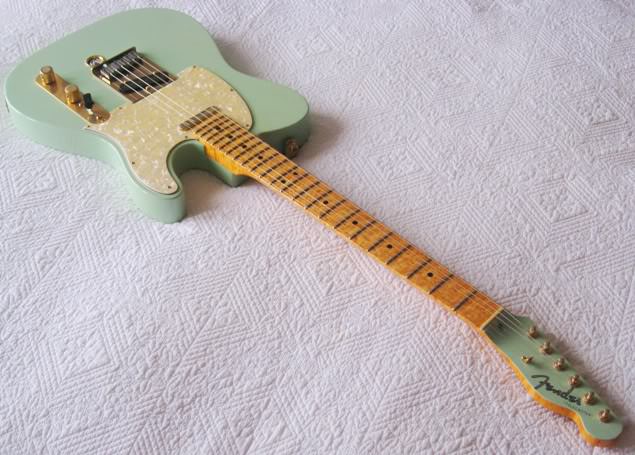 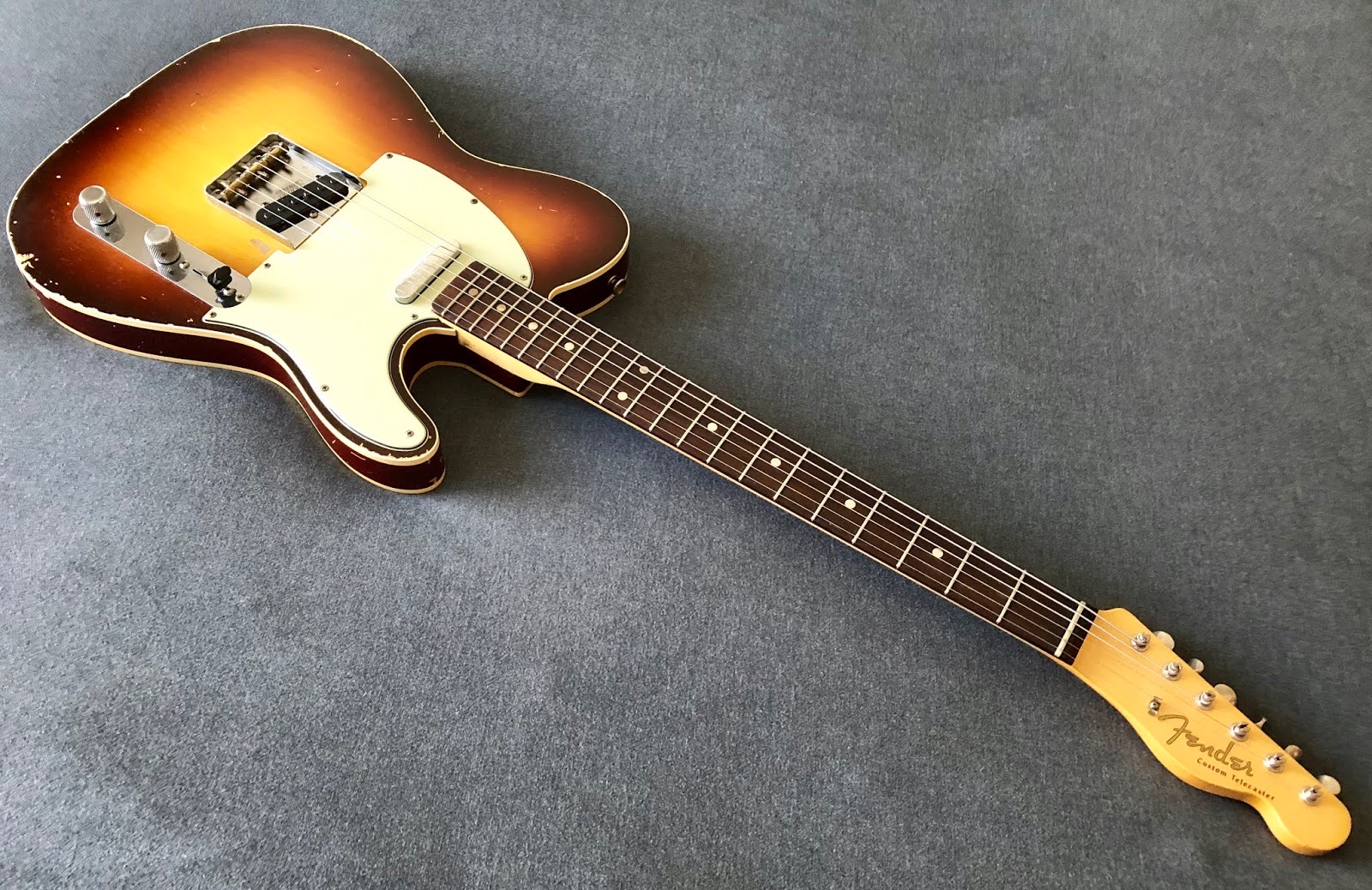 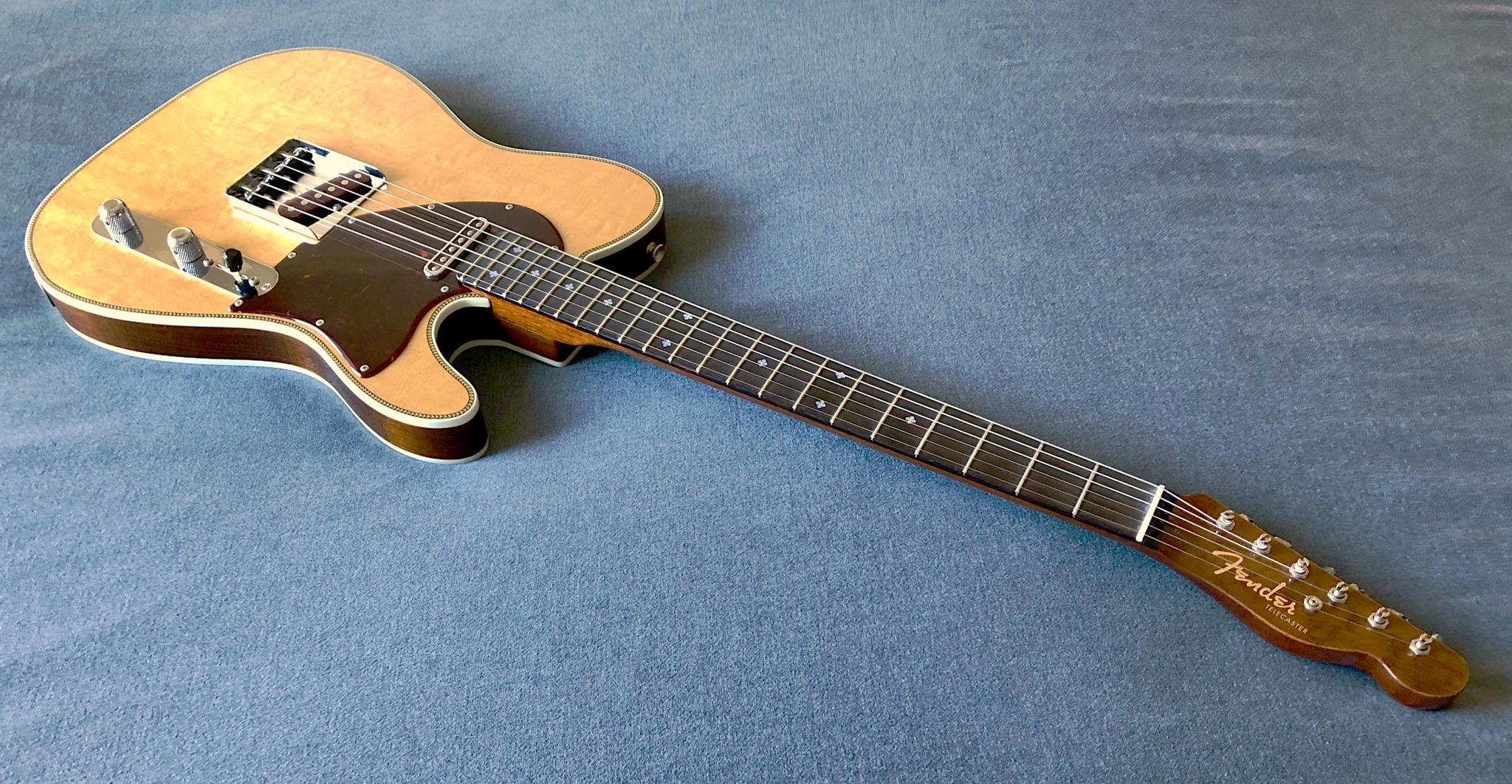 I have a single master built. A John Cruz Strat with a “relic ready” finish.

I am surprised by how many posts there are reporting having bought used ones, or dealer spec'd ones in some cases.

Why would anyone pay for one of these, and then sell it? Terminal illness is the only thing I can imagine.

I have a hybrid of sorts. I have a black guard Tele that was a regular Cunetto Tele, but I never got used to the neck. Gene Baker built me a really nice 10/56 neck for it, and it has his Master Builder decal on it. It still has the R0 serial number on it and a s/n matching Certificate. We didn't relic or tint the neck, but I have played the bee-jezuz out of it for 25+ years and the neck now matches the body nicely..

It's kinda different, but it's my favorite guitar..

I'm currently going through my stuff, and going to sell off a few things I have acquired. I'm getting old, and my lovely wife would have no idea what to do with some of this stuff.
Last edited: Jun 28, 2022

Duncan, you're never too old, believe me, I know....that being said, fortunately, my daughter has become quite accomplished on guitar and I've starting giving her some of the stuff I know I'll never use again, like mikes and mike stands and cables and straps, even a couple of guitars I never played. Plus, I know she knows enough about gear at this point that she'll know what to do with my other stuff when the time comes.

Joe M said:
fortunately, my daughter has become quite accomplished on guitar and I've starting giving her some of the stuff I know I'll never use again, like mikes and mike stands and cables and straps, even a couple of guitars I never played.
Click to expand...

That's fortunate you have someone to pass it onto. It's cool that she can use the gear and have a reminder of her Dad around.

'56 John Cruz Masterbuilt (2,900 Kg !!) Serial number JC 3xx
This and the Nachocaster are my favourite Telecasters.

I look at it this way. Someone has the right to spend what ever they want on gear, it's their money. That being said I'd have a hard time spending $4K+ on a solid body guitar. For me 90% of the guitar is in the neck. With CNC machines these days it should be easy to have most guitar necks and bodies made to close tolerances. Yes, some guitars come with select pickups that one can't purchase over the counter but that seems rare. With a MB guitar I imagine the big differences come in the form of parts selection. Prime woods for the neck and body, finish, bindings, etc. But the rest? Are the tuners, bridge, saddles, truss rod, string ferrules, nut, and other hardware different and if so are they that much better than a typical high end off the shelf Fender? I don't know...what say you MB owners?

I see MB guitars for sale and wonder why, as some have stated above. I doubt most MB guitars are sold because the owner passed and in fact you see a lot for sale where the owner is just moving on to something else or thinning the herd. We musicians are fickle. I guess some really don't know what they truly want when they order a MB if they're selling it a few years later. Or, it wasn't really made to thier specs.

I'm curious for those who have dealt with special orders through Fender.
I have a 1962 Jazzmaster that I need to have refinished(I'll have that done elsewhere). I purchased it from a friend years ago after he butchered the body finish and sanded off the headstock decal. The neck though ......is fabulous. It's Maple/Rosewood with a 1 5/8" nut width. I love the neck shape. It's hard to explain. Not thin but not chunky at the first few frets but it tapers up very nicely to the 12th fret where it's thicker but not really chunky. Not a typical neck. I'm wondering if Fender would carve me a Tele neck with the same contour but a 1 11/16" nut width using my neck as a guide. Perhaps I should make an inquiry. I know my way around guitars and do my own setups. I've done setups after having a fret job done because I know how I like my guitar to play and feel. Assembly of a solid body guitar, especially one made on a CNC machine is one thing....carving a guitar is on another level.
You must log in or register to reply here.