My Spotify end-of year-recap that they do showed up yesterday, and my most-played song of this year was ... Pigpen's Big Boss Man, from the live album Skull and Roses!

back in, i don't know, probably the '70s, i was listening to the AOR radio station while herbally enhanced. a version of "dark star" was played that really caught me. i enjoyed that one very much. but every time since i've listened to that song, i'm left wondering what it was i heard that i enjoyed so much. of course, there's probably 40 versions of that song that could have been played. and that particular crop of herb was really good.

I was a Deadhead in the post Touch of Grey era. I saw them probably 15 times. If I had a top ten list of most boring concerts, they would hold at least five spots. Granted, they were far from the peak of their powers as a live or recording band at that point. Some of those shows were good. A couple were very good. But I can't disagree with anything anyone is saying here.

Around that same time, the jam band scene was taking off. Some of those groups were really boring, too (namely, Widespread Panic, sad to say as they were our hometown heroes), but when I'd go see Phish or Aquarium Rescue Unit it would strike me that it was the same crowd, same scene, similar musical ethos, but the music itself was played with a fire, precision, wilder improvisations, better ensemble playing, fewer rules, and a sense of surprise that I never heard the Dead come close to.
Last edited: Dec 1, 2022

I love em. Yes their were some rough patches, but to call em sloppy playing i dont believe to be accurate. Some stinker shows, but that was the exception, certainly not the rule.

I'm a lifelong Bob Dylan fan, bought every album. It hasn't been a smooth ride, but only one album I've never played again after the first listen. 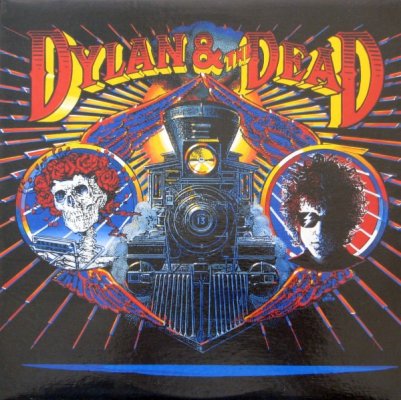 StevesBoogie said:
Late one night many moons ago, I was trying to figure out with a buddy of mine why their music didn't do anything for me, and he said it best....something along the lines that the songs just don't move up or down, they stay at the same level, you keep waiting for some excitement and it never comes.
Click to expand...

I was talking music with my brother a while back and mentioned that I had inadvertently tuned the SiriusXM to the Grateful Dead channel. Let it run for about 45 minutes, they never changed the tempo. Probably played 4-5 songs, but every time a new one started it was the same tempo of the one that just finished. Maybe I just got them in a bad streak, but...

I own "WorkingMan's Dead" and listen to it occasionally.

The only time I saw them they played American Beauty and the sound was incredible; like having headphones on. I’d not heard the album yet and it’s still the only Dead album I ever liked—loved, actually—and the only one I own.

I absolutely love the Dead. I think they are one of the most unique and satisfying bands ever. I can acknowledge and accept, however, that they are not everyone’s cup o’ tea. Your post made me put on this on the turntable. Thanks!

I was the only one in my circle that didn't like them. Boring. Every time someone would put on one of their albums I was always thinking "Really? There are so many better choices available".

Then there's Bob Weir wearing those "Daisy Dukes" - too weird, even for the 70's. I was permanently out at that point. Never cared for them, even when I was out of it.

I'm a huge fan, but I wouldn't argue with any poster here, either. The Dead were all over the place, changing through various eras and approaches, incredibly inconsistent in key respects even from one hour to the next, and incredibly and deeply diligent in some aspects of music but disregarding of others. But at times, live, it would all come together almost inconceivably well, with melodic leads over beautiful ensemble work and powerful rhythm in unusual time signatures. You didn't need to be a drug-addled spiritual delusionist to see what was great when they were great. OTOH, I say plenty of shows where much did not cohere and where even the impulse was weak, or where they took a stab at something and it unraveled, or where somebody or somebodies were going through the motions. And in the later years, I thought it was both obvious and horrifying to watch as Jerry grew obese and so evidently strung out (the "heroin years") yet the second generation self-appointed so-called fans would ooh and ahh as though they were approaching musical Nirvana. I stopped going to shows at that point. The uncritical affirmation of every note ever played by the Dead will do them no good, historically, because it equates their best work, which is golden, with the rest of their work, which, like everything humans do, includes plenty that is ordinary or poor. Try listening to the Live/Dead version of "The Eleven" if you're short on evidence of incredible musicality. There are leads there that make "Crossroads" sound like Intro to Music 101. And elsewhere, yes... crap, too. IMO.

I get it, and I'm a fan.
I don't like the studio work, live is where they shine....sometimes.
I think it comes down to this: there is such a vast catalog, leaving us with piles of turds. But when they got a groove going, there was no telling where it would go.
The pigpen era was great. Europe being the cream I think. Chinatown shuffle, Bertha, oh boy!, me & bobby Mcgee
However, drums/space, all that 30 minute drum solo crap, gtfoh....
Donna godchaux ruined a-many, many otherwise great tunes too, IMHO. Shoulda pulled the plug on her mic and just let her dance and 'ooooohhhhhh yyyyyeeeaaaahhhhhhhh' off key to herself.

I was just listening to this today, I really like the grooves they came up with. I don't see the problem?

I have the Europe Tour '72 triple album on vinyl which I play every now and again. I quite like it, but it's really their PA that I admire the most. Whippets! Get your whippets here!! Agreed!

Never got into The Dead. I like what it is about well enough just never really inspired by the music itself.

My friend does not like Steely Dan and although I get it, I also don't.

So, I should see how a Grateful dead fan would react to me not being weed by ANY of their music.

I went through this whole thread. Where was the unpopular opinion?