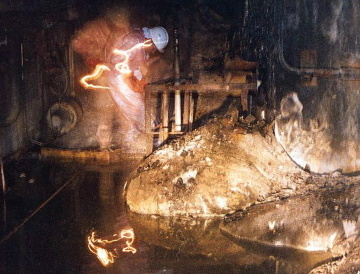 that would make an awesome song or album title. I've curated tons of those by watching conspiracy theory/ancient alien technology/cryptid youtube channels and keeping my ears cocked for words or phrases that grabbed me

For example
Druid's Ruins
Phantoms in the Field
Onyx Oracle
Sonoran Death Wind (I've written the instrumental)
Black Knight Satellite (based on a satellite believed by some to have been in orbit for 13,000 years and ancient alien technology- taken as a band name, but I've written the song already)
Teenaged Vampire Murder Cult (based on the true story of Rod Ferrell- wrote the song)


I do sorta like the idea of "Gunga Djinn" as a band name, but, ahhhh, it's probably culturally whatever
Last edited: May 26, 2022

I once dubbed someone I used to play cards with "Assquatch" due to his size and frequent peekin plumbers Crack.
The Assquatches maybe?
Or Assquatch and the Wendigo-gos?
The Seeds N Stems?

Sons of the Deathbird.

Fountain of Ichor
To Morpheus Ride
Frames Per Decade

Maybe go the other way...