And the top 3 Tele neck pickups are...

Rob DiStefano said:
"And the top 3 Tele neck pickups are ..." - that statement alone begs for a "best" because it demands a comparative evaluation that always leads to a "best" and a "not so best".

what should matter most to all is that no matter what, it's all subjective and there is no right or wrong.

there are definite levels of tone, but the major caveat is that each of us *should* evaluate "tone" individually, not as a group.

there's already far too much "group think" going on in today's world, let's get back to individual thinking.
Click to expand...

Jeez man, you're going down a rabbit hole of your own making, Rob.

NO "compiled" nor "ranked" conclusions were thought of, expected, nor put together. Just lots of opinions and suggestions to try out.

There is no "group think" for "best pickup" or "right or wrong" going on here. We all know that tone is subjective to each individual. And each of us does evaluate tone for our own unique preferences. How else can it be done? Personal experience and opinion.

Every opinion stated in the thread is an individual opinion, and taken as such. And these opinions can be very helpful in guiding one's search for a particular "sound".

Each poster in the thread did evaluate tone individually (for brightness, clarity, sparkle) and mentioned their personal preferences. It has been a very successful thread!


THE HEART OF THE MATTER
This entire thread is focused on identifying any individual's top three pickups which they have found to be BRIGHT, CLEAR, SPARKLY. It is not trying to single out any pickups by generalized descriptors such as "best", "right", or "wrong".

THE THREAD HEADING
I get that you don't like the FIRST half of the sentence, the heading, which if taken ALONE, could imply what you are so bothered by - that there may be a small group of pickups that rise above all others. The title is attention getting! Used everywhere in media. Absolutely INCENDIARY! But the title of this thread is an incomplete sentence, completed in the first line of the first post. Could the title have been re-worded better? Perhaps - especially if it would please you.

BUT
The ellipsis sentence break... (the three dots) leads you to the complete sentence, which makes it clear that I'm asking for what people, individually-how else?, consider to be their top three brightest, clearest, most sparkly pickups - in their experience. I wanted individual's top three choices - not an attempt to force everyone to agree on a top three bright pickups. Do you understand that now?

IF I could add the word "YOUR" to the thread title, to clarify a bit, I would gladly do that to ease your concerns. Trouble is... too late to make changes. So... we're going to just have to carry on!

Do realize that it is true that for any individual, there certainly CAN be a top three group of pickups for "brightness", in that person's experience. But there is no "best" as might apply to everyone, or anyone else. Most people do understand that!

Applying words like "best" or "right and wrong" in the context of this thread is incorrect.

Seems like everyone else in this thread, but you, understood that request and contributed wonderfully.

HERE IS THE POINT OF THIS THREAD
From this thread, one could compile a good-sized list of pickups that people (individually) consider to be bright clear, sparkly. Something wrong with that? I don't think so. In fact, I think this thread would be a great help to anyone seeking pickups which others have found to be "bright."

There is no attempt here for "group think" of what are the "best" three pickups. There is no attempt to paint any pickups as being "right" or "wrong". I only requested a top three from each person who contributed - if they even had three to mention.

Sorry that you are so bothered by this; I think you're making a big deal out of nothing.

We could go on and on about it, I guess - but it seems like we've made our points quite clearly and the intent of the thread has been quite successfully accomplished.
Last edited: Aug 29, 2019

I've been trying out various humbucker and similar design dual-coil neck pickups in my Teles. Seeking other variations of clear, bright, and sparkly tones from the Tele neck position.

I have a set of Gretsch HS Filter'trons in-bound and really looking forward to hearing how they sound in my Cabronita Thinline. 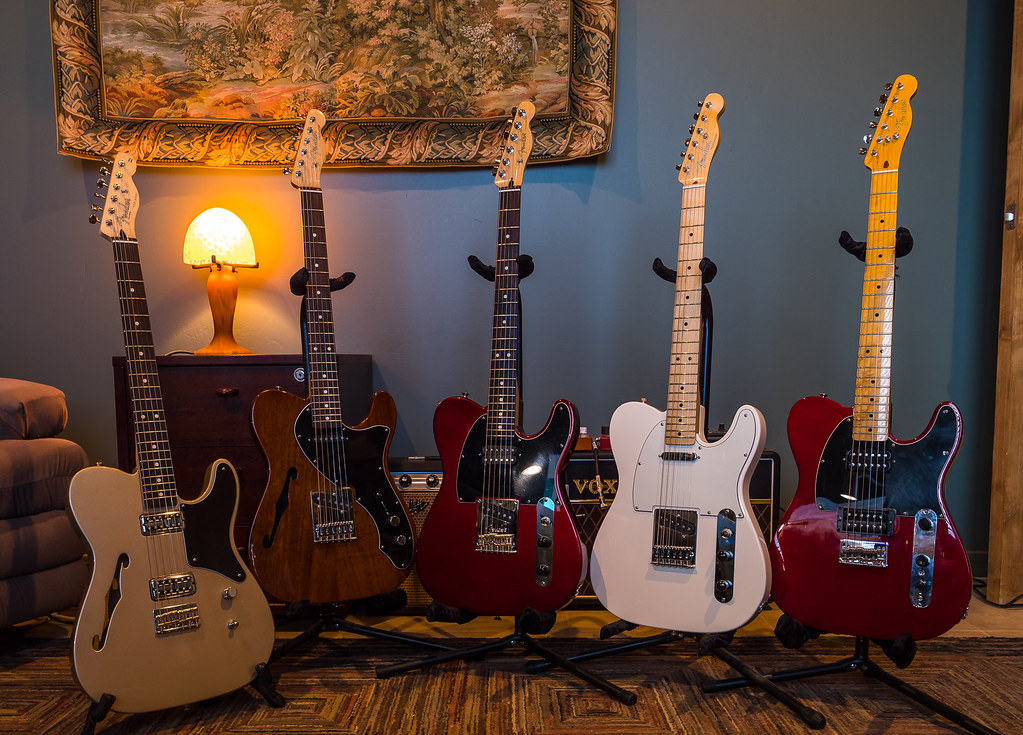 The Fender Fideli'tron pickups that are in it now sound very good... bright and sparkly, great detailed definition, especially considering their humbucker-ish design. And it has a some of that jangly "single-coil" quality. The Fideli'trons sound clearer, more sparkly, and richer than any humbucker I have or have had the pleasure of hearing.

That said, the Gretsch Filter’Trons, I'm told, will deliver even more bright, clear sparkle to the guitar, so I'm excited to check 'em out!

If anyone were to ask me for recommendations for a clear, bright, sparkly, and detailed humbucker-ish pickup for a Tele, while retaining some single coil-ish tones, I'd suggest checking out the various Filter'Tron style pickups - they bring a clarity and sparkle beyond PAF humbuckers.

I have plans to swap in some Filter'tron-type pickups (Gretsch & TV Jones) for the humbuckers in one of my Gibsons, as well. I like the Gibson as a guitar, but would prefer the brighter, more detailed Gretsch tone quality to the Gibson tone.

This is all just fun with pickups! No life-or-death implications. And life is good.
Last edited: Aug 30, 2019

As some of you know, I love trying a variety of pickups in different guitars, especially pickups that one would not normally find on any particular guitar. It's a fun and interesting endeavor to explore.

I must concur with Wes (@BorderRadio) on the DeArmond-pattern pickups, specifically TV Jones T-Armonds. I've installed them in a couple different guitars now, and absolutely love them. Richness, clarity, full tone, and sparkle. They can be a bit of a challenge to install in a Tele, depending on routing, but certainly do-able if the will is there.

TV Jones provides the T-Armond design in several different form-factors... including a P90 form factor! I have one of these P90 form factor T-Armonds as a P90 replacement in my Gibson Les Paul Special and much prefer it for tone, over the original P90 that it replaced. 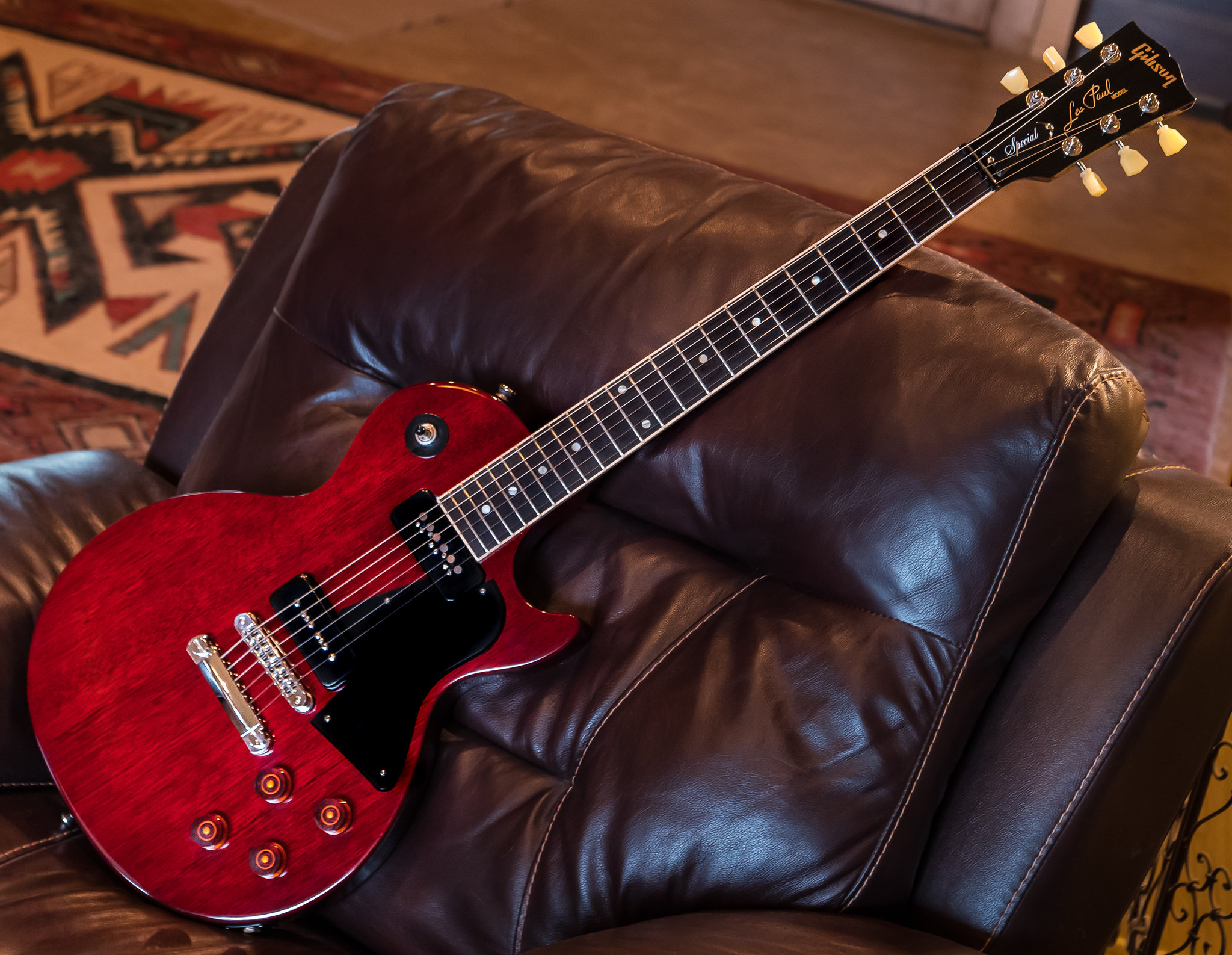 Also, in one of my ES-Les Pauls 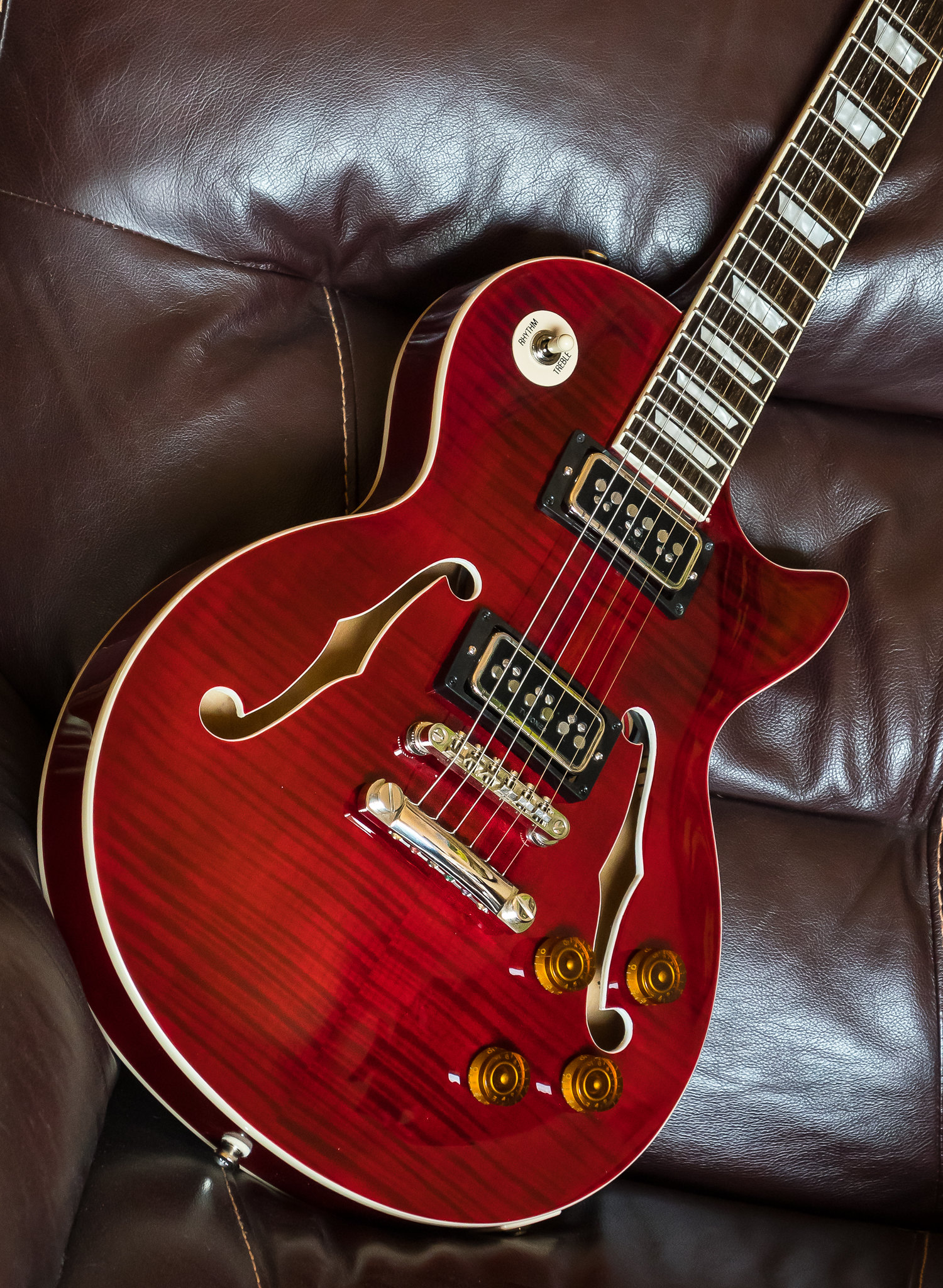 In one of my Strats 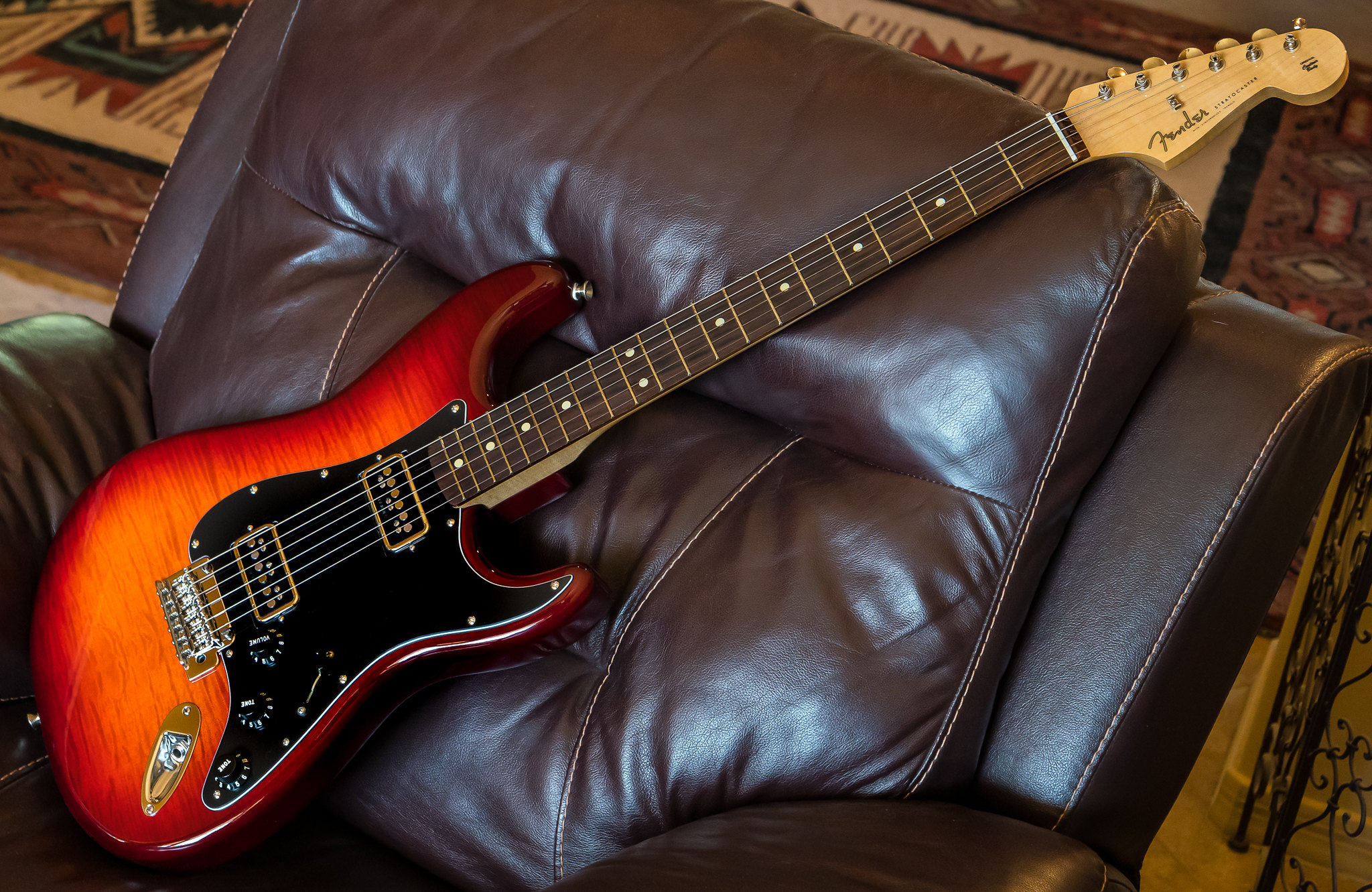 In one of my Teles 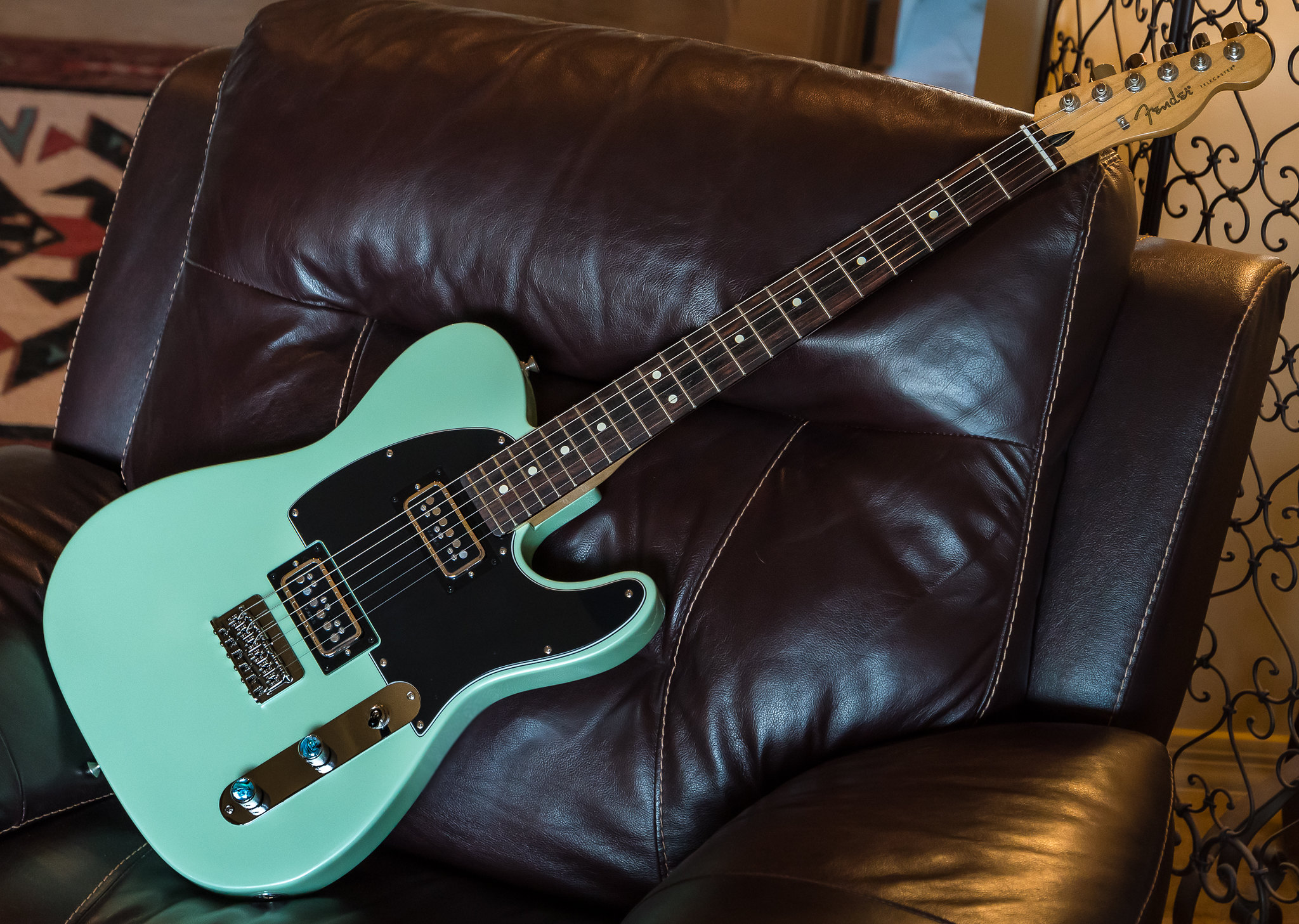 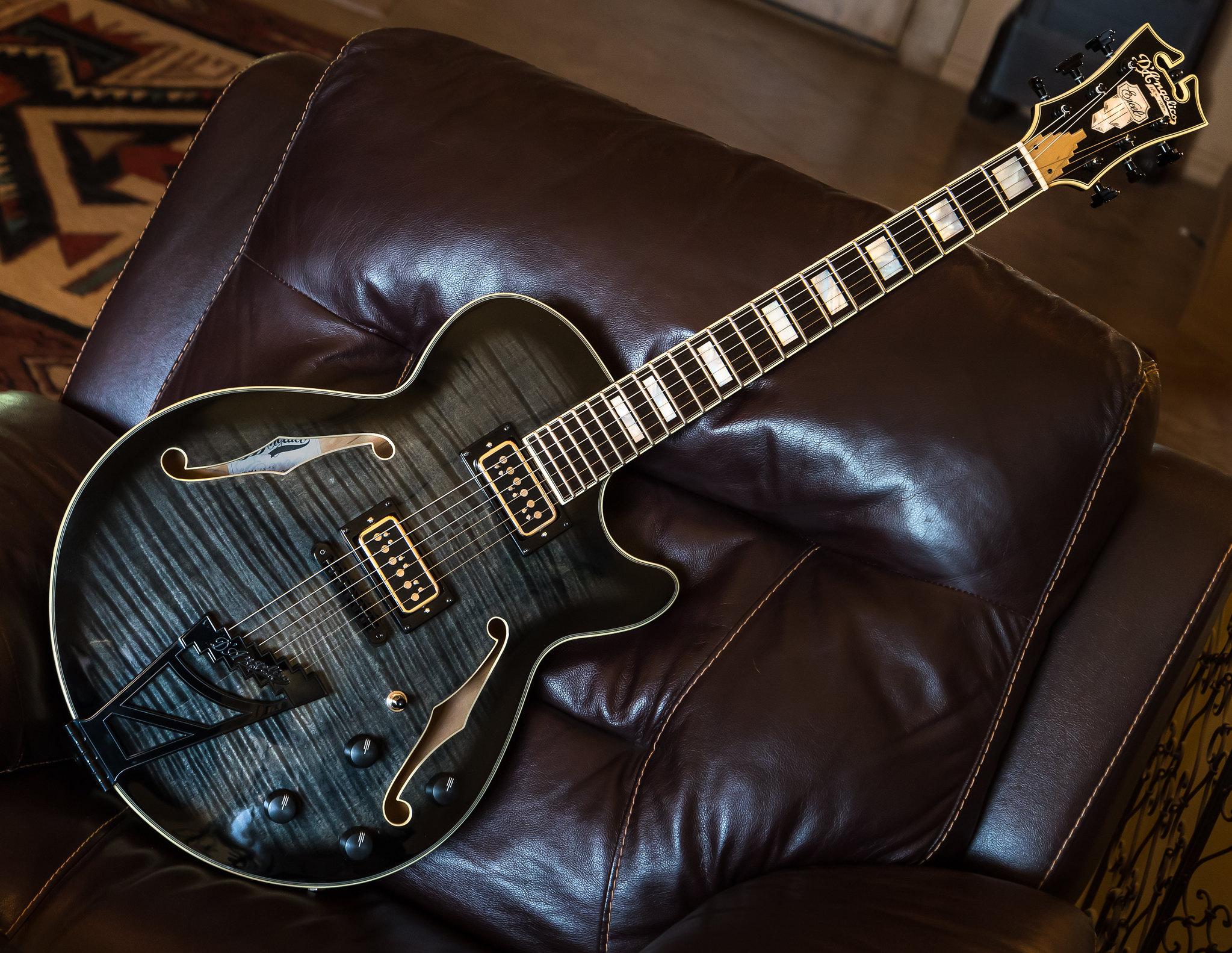 TV Jones Classic (Filter'tron pattern) is another excellent pickup in this quest for clean, clear, rich tones. Shown here in one of my Teles. 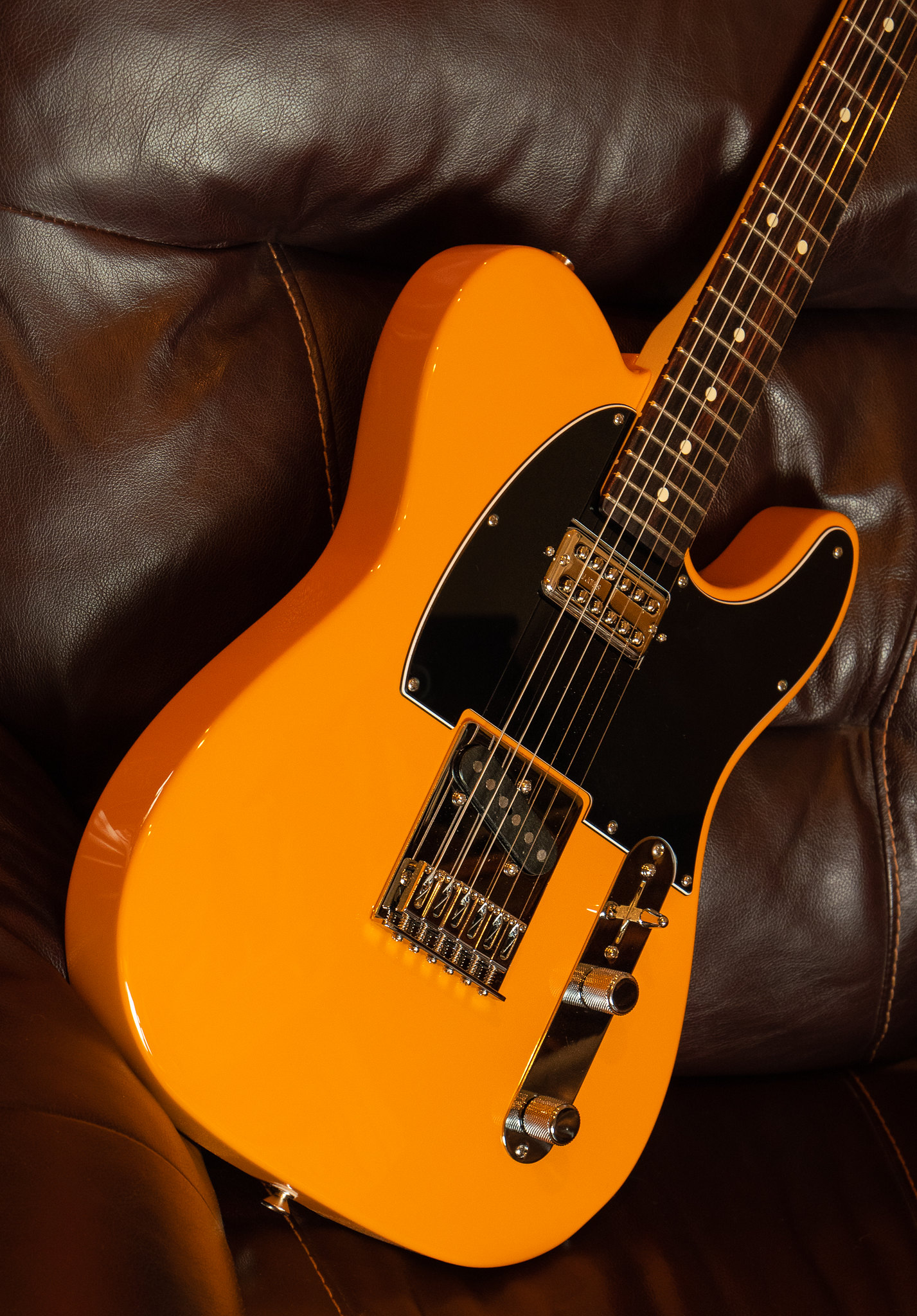 And, the TV Jones/Gretsch Hilo'tron is another excellent choice in this league. Here in one of my Tele American Standards 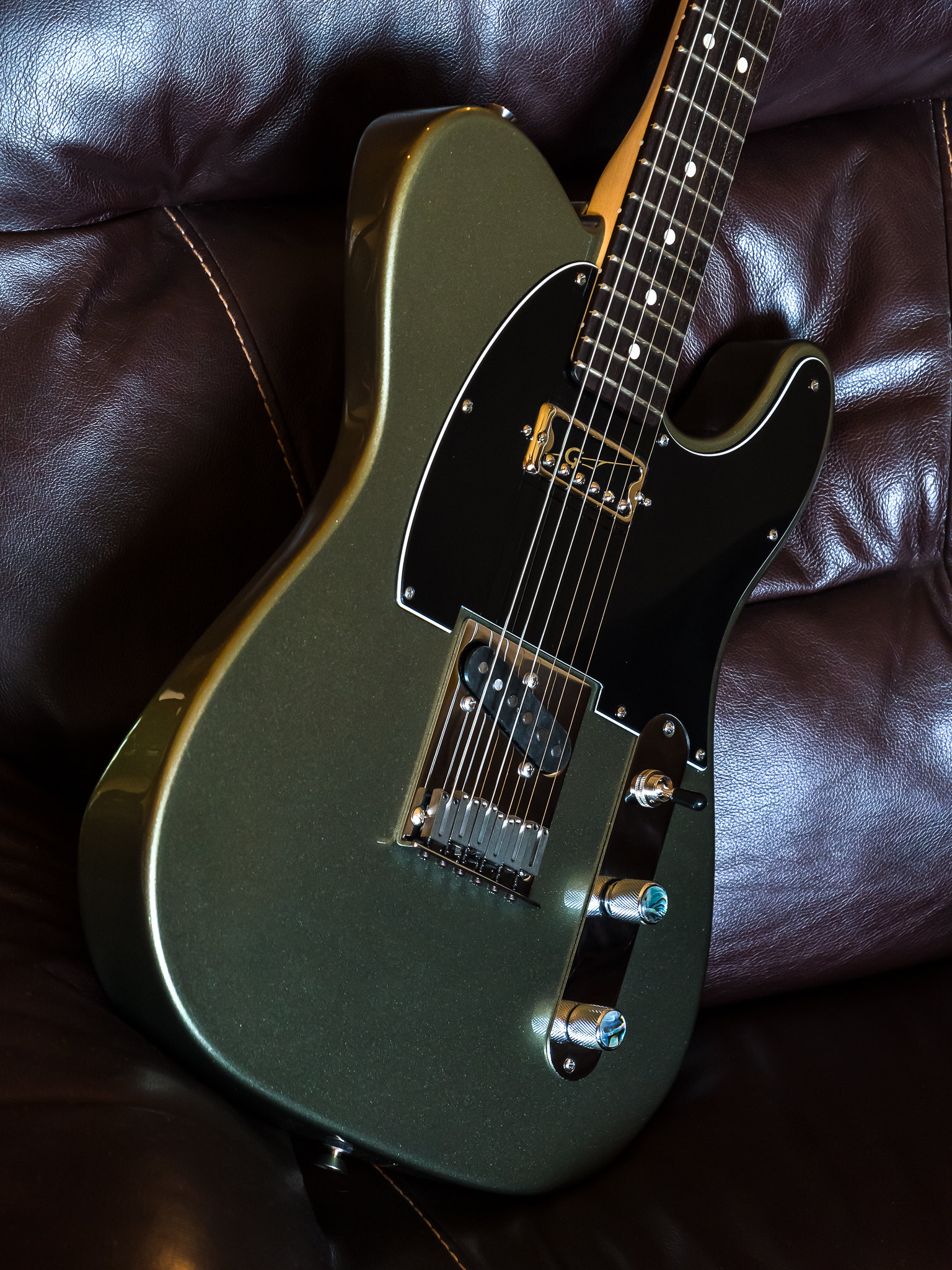 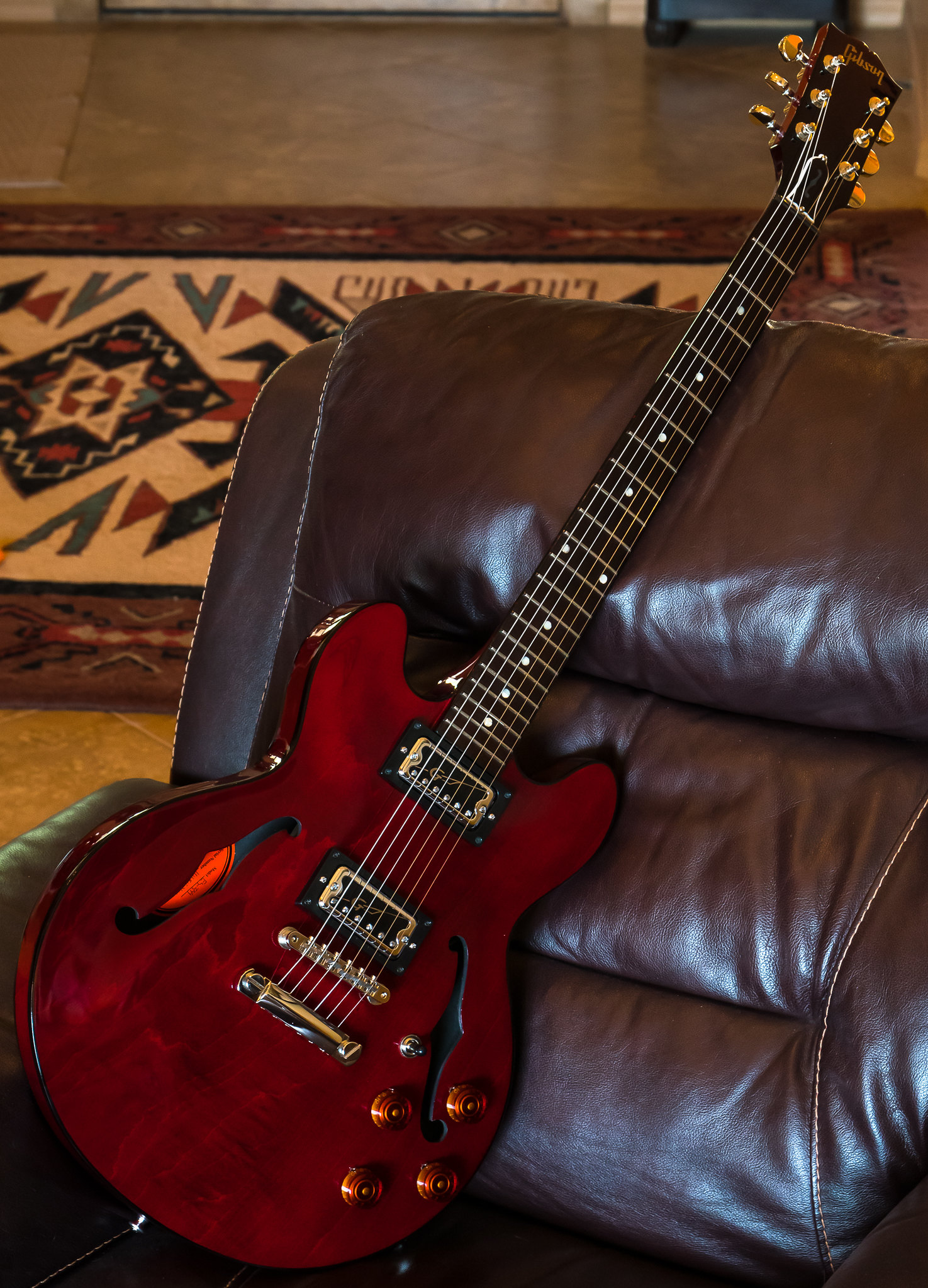 Also, I absolutely love Rob's Cavalier 'Phoenix' Firebird pickups... they have a clarity, sparkle, and richness that is simply wonderful! These are, to my taste, among the best sounding pickups I've ever tried. And, they are noise-free!

For those who enjoy clarity, sparkle, and rich, full-range tonality, I highly recommend checking out Rob's Cavalier Firebirds. In addition to superb tone and being noise-free, the look awesome, too.

Cavalier Firebird neck pickup in the American Standard on the right. (Antiquity II Mini, another wonderful choice, in the AS on the left). 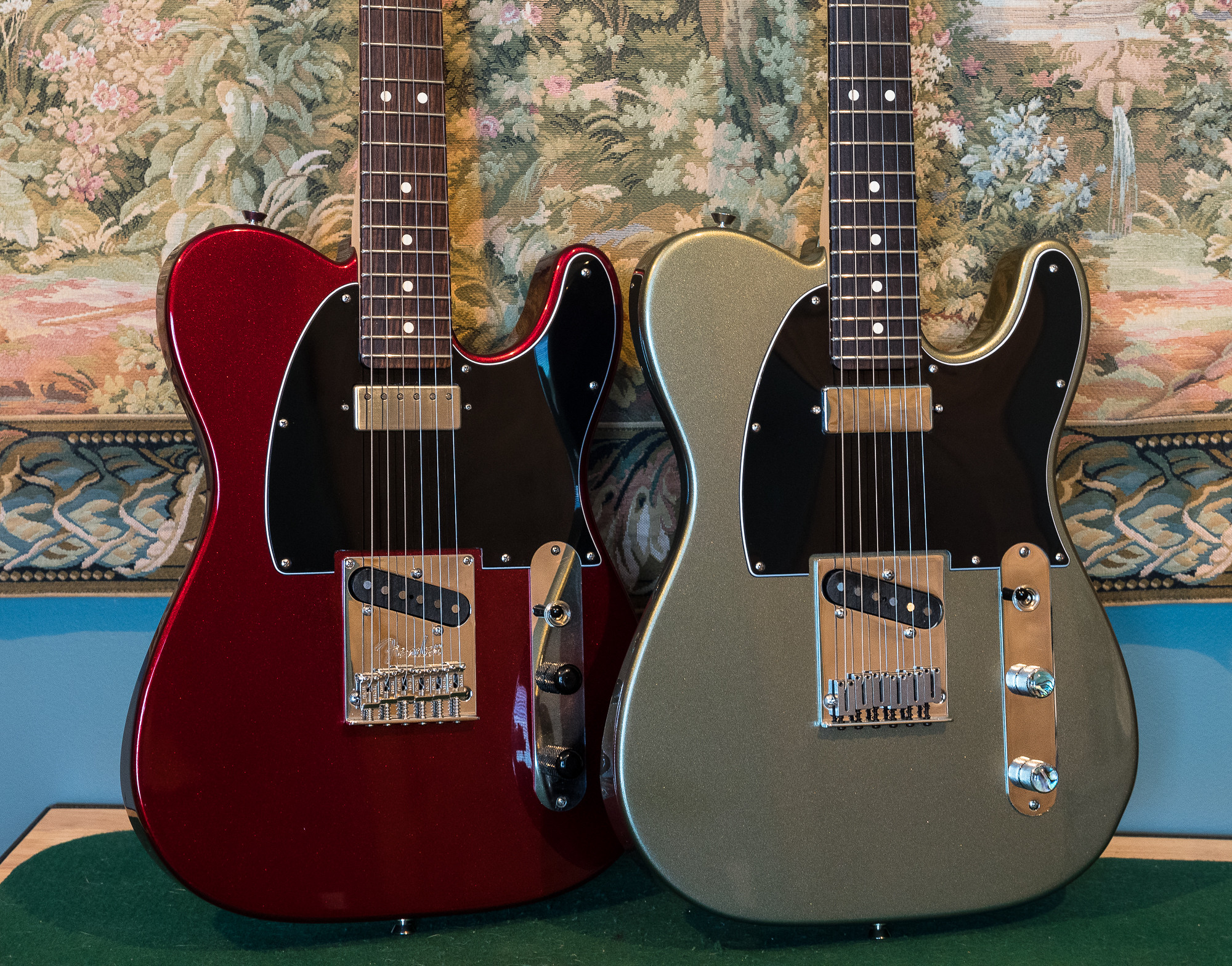 Cavalier Firebirds in this ES-339 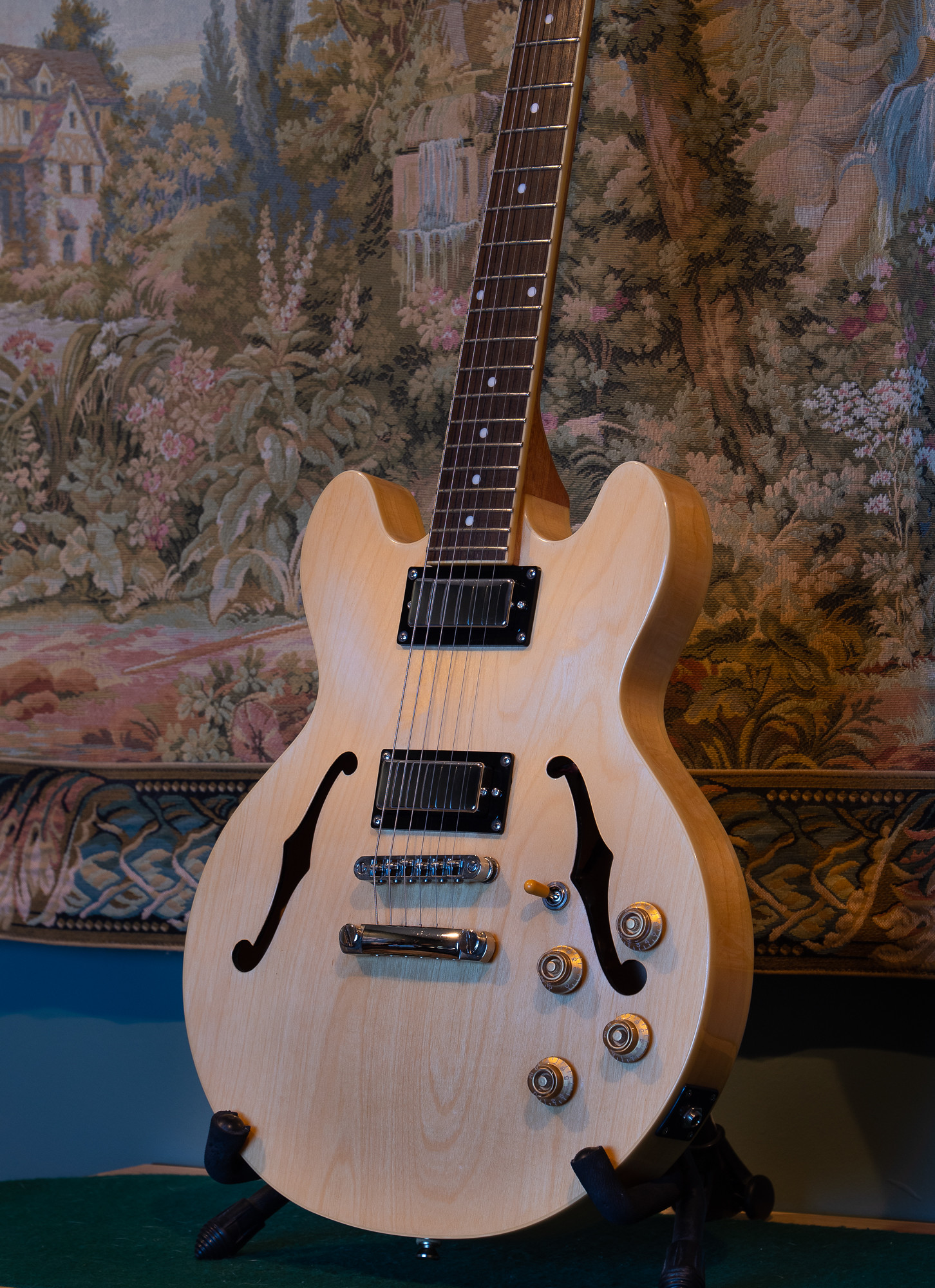 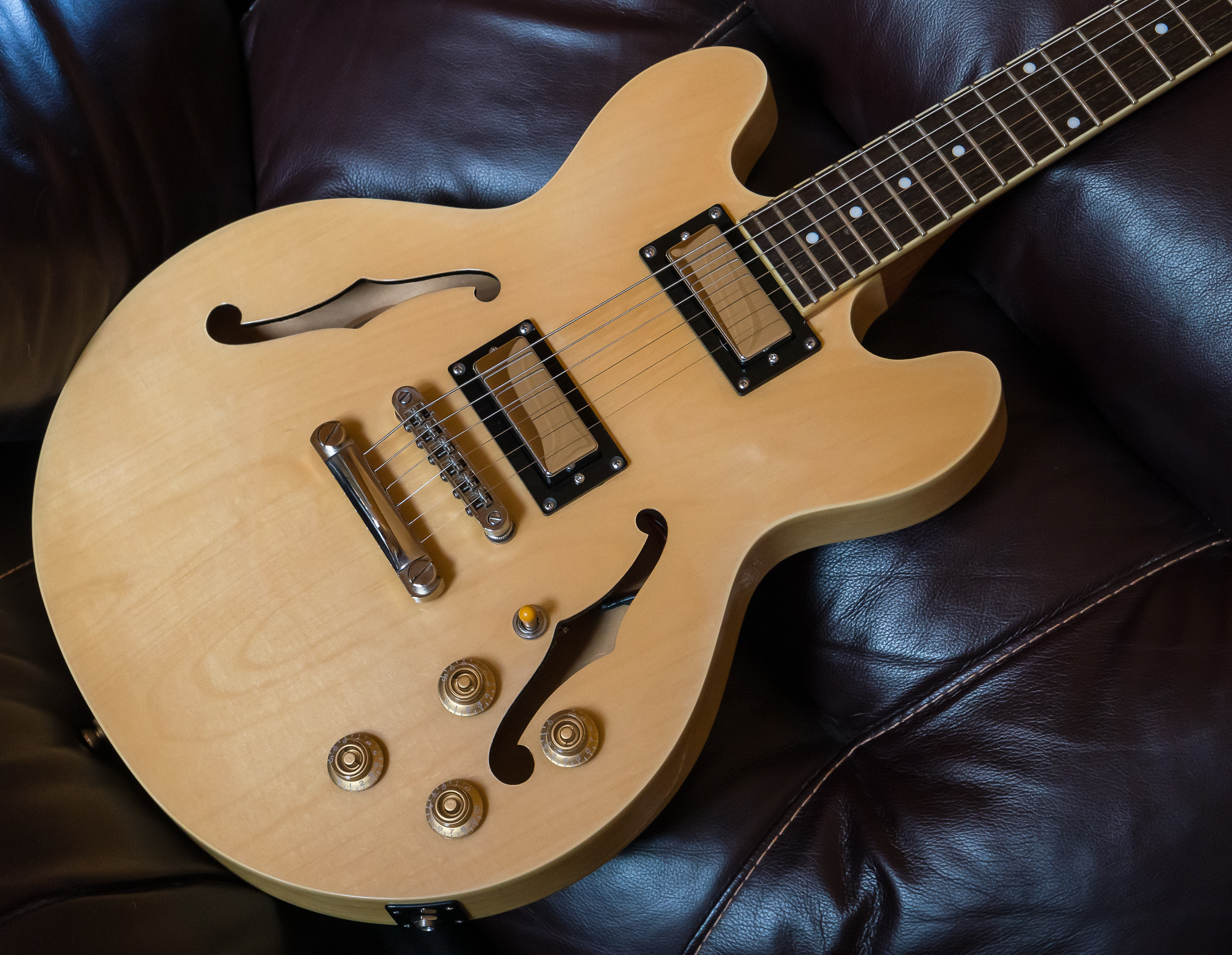 And here in this Arctic White Tele Standard 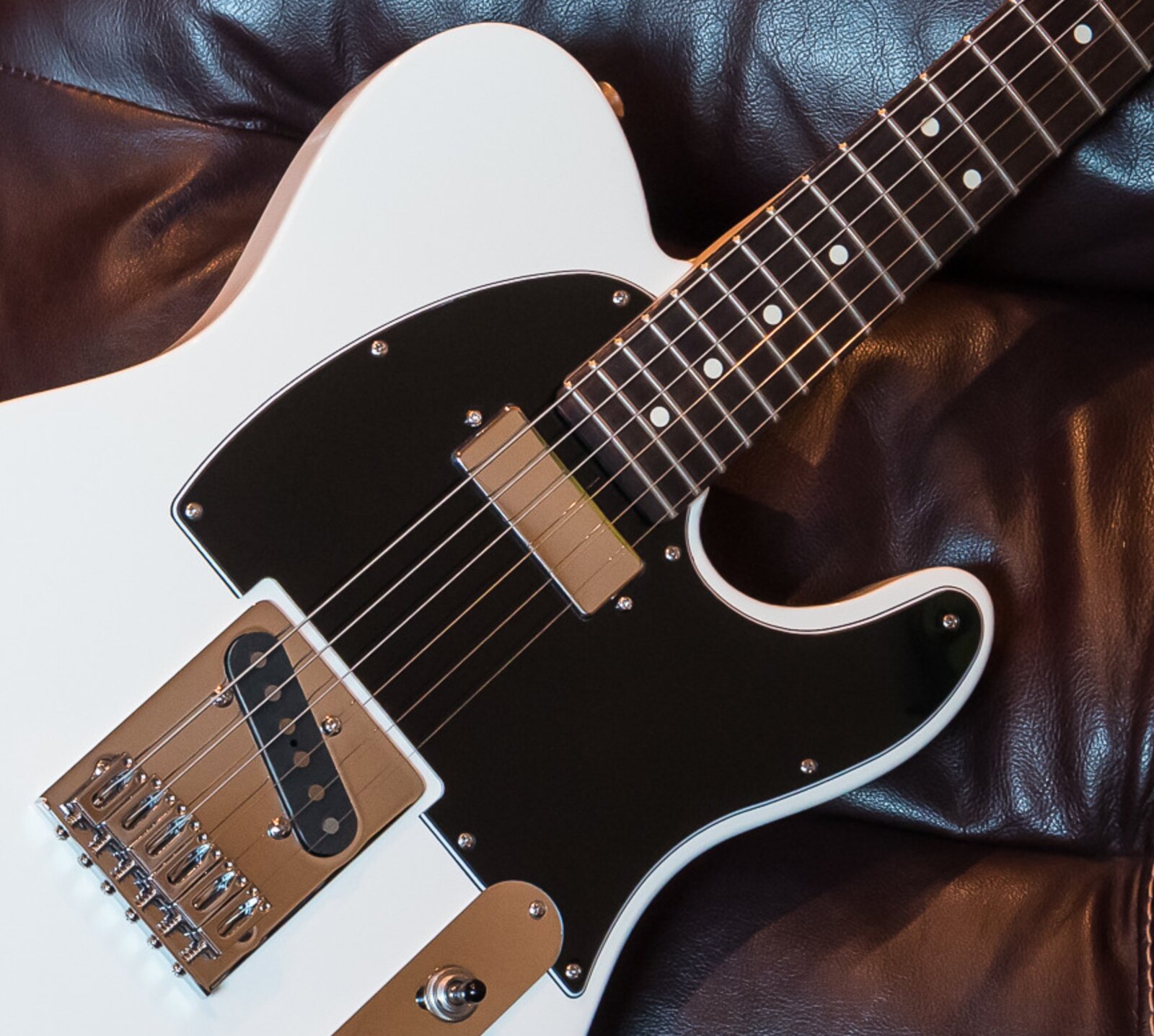 To this day I still haven't tried the Bill Lawrence Microcoils... but there's still time!

Lest I forget... I find the Cavalier SheWolf - excellent sparkle and brilliance owing to A5 magnets, 42 AWG wire, and topless! 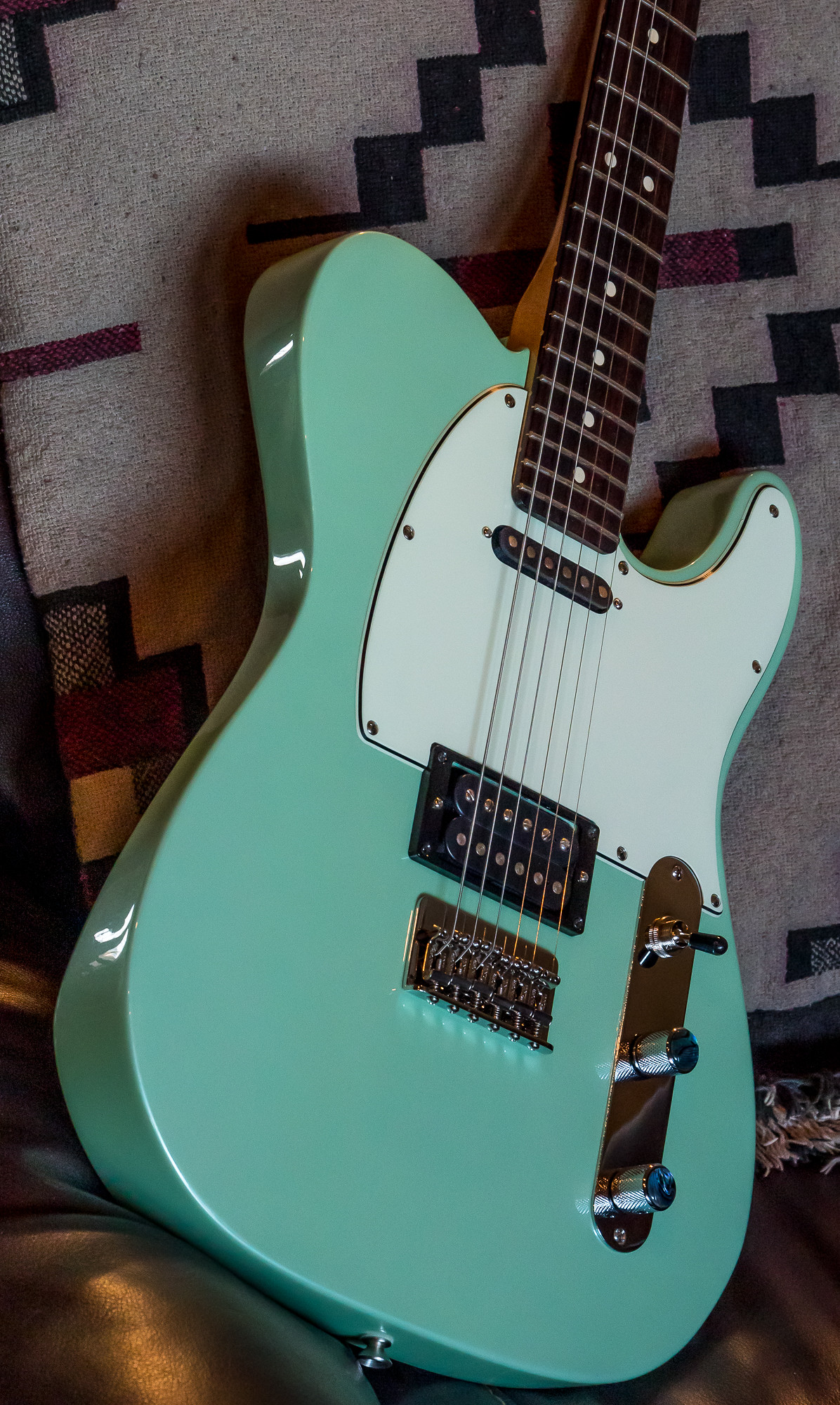 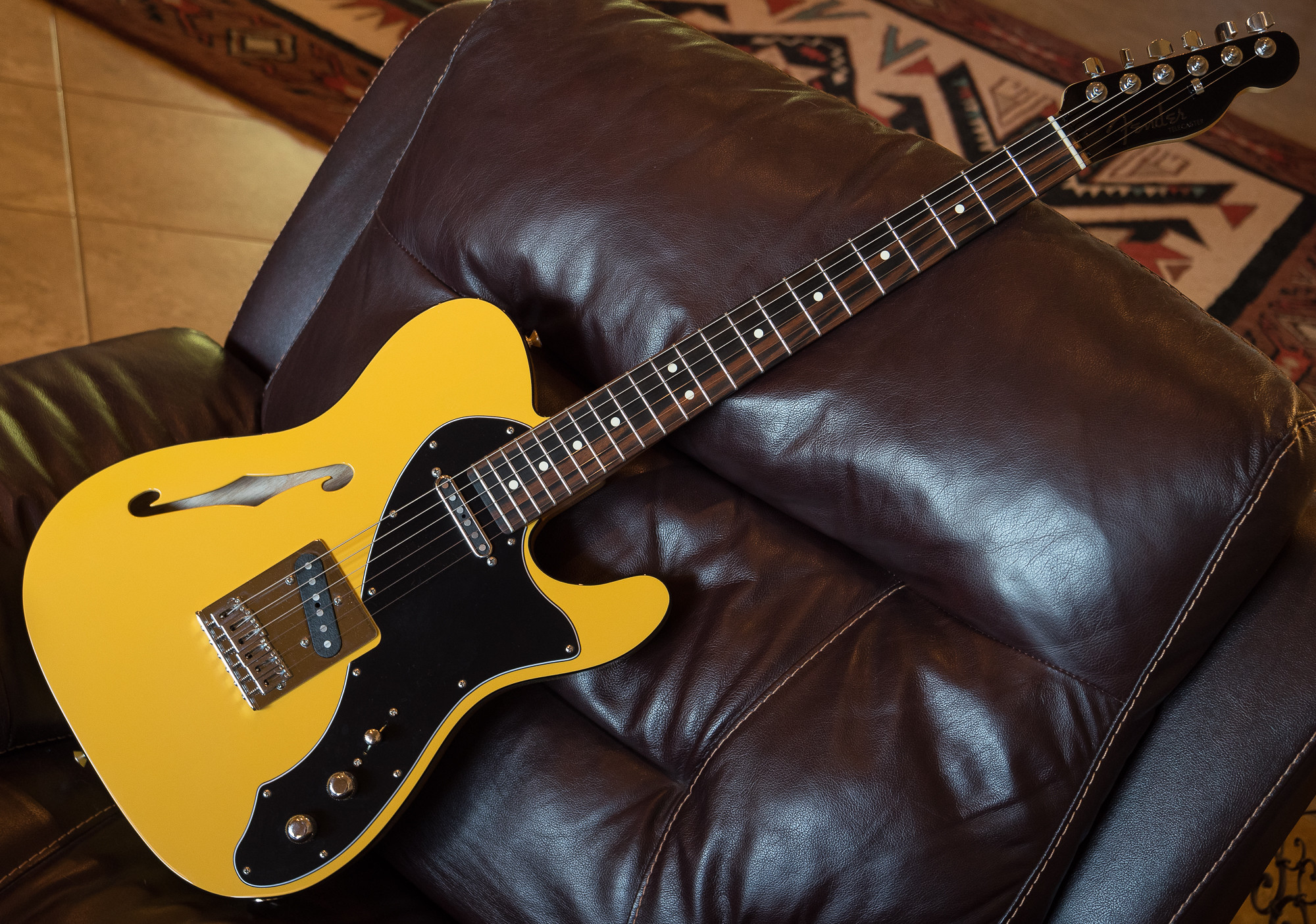 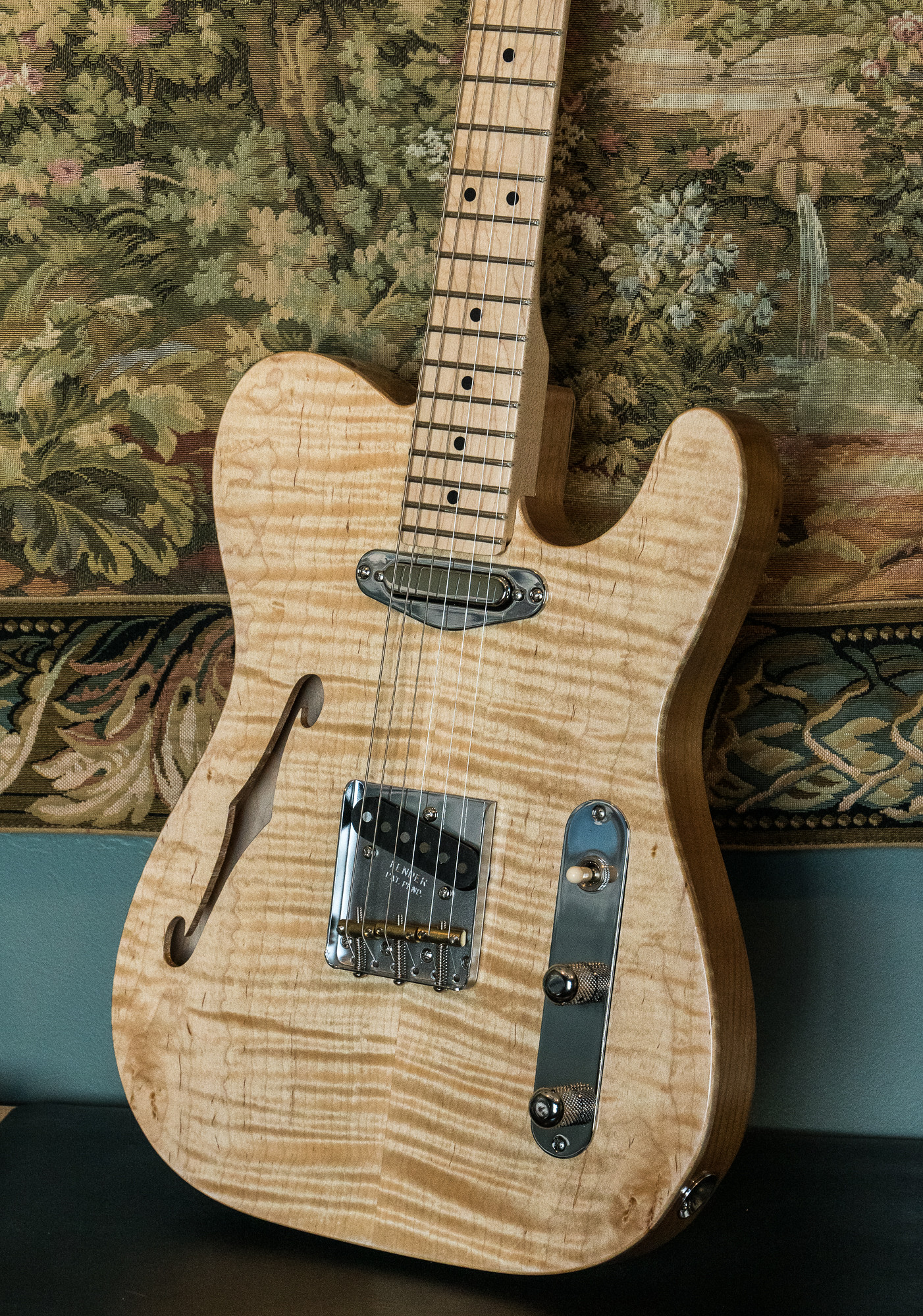 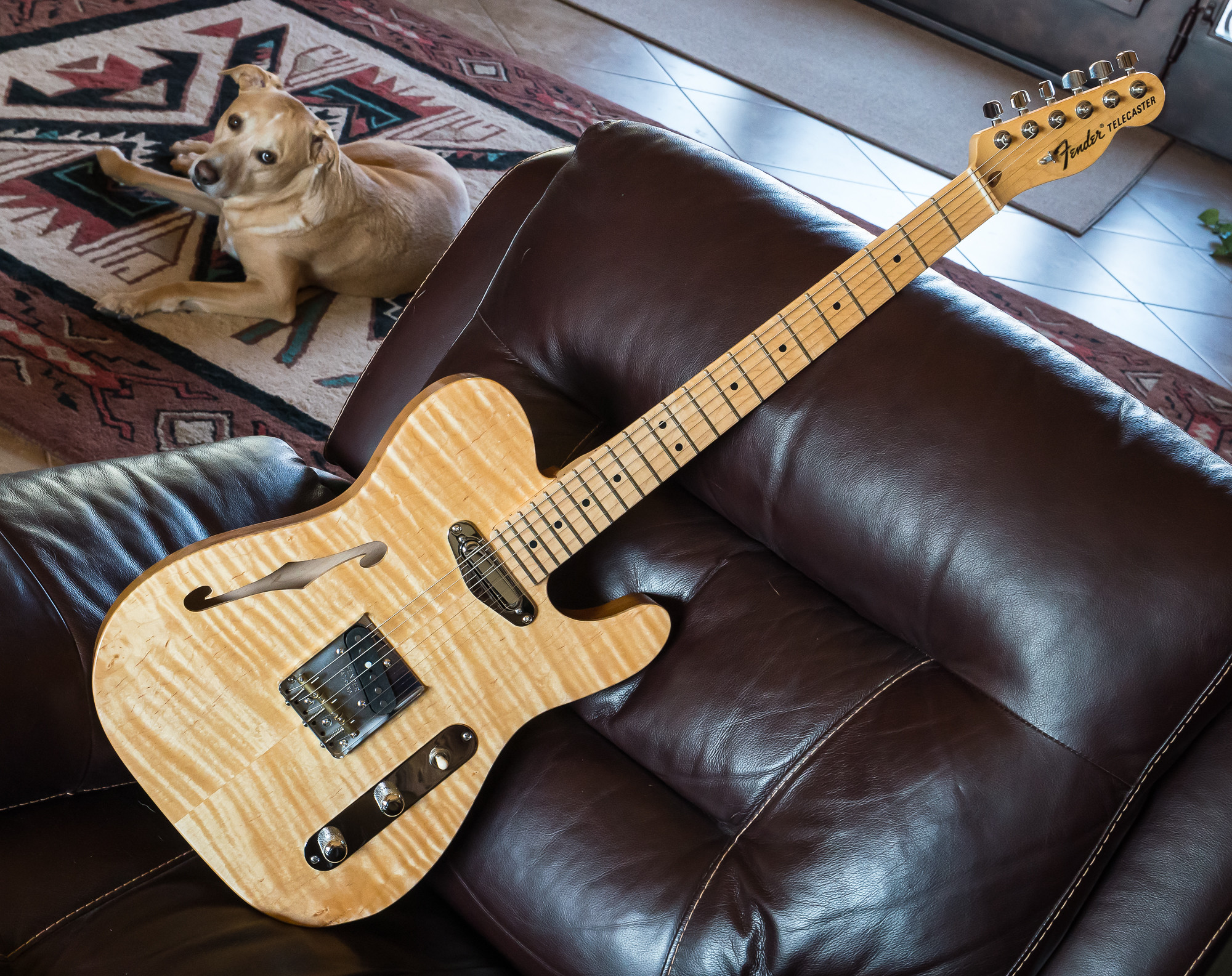 So very many great options to choose from!

Lastly, depending on the tonal characteristics of the guitar itself, sometimes I go with a higher value with the volume pot - like 340k to 500k. And these days, I typically use No-Load tone pots to enhance that extra sparkle form the neck pickup.
Last edited: Mar 6, 2022

The Nocaster set in the Tele in my avatar sounds just about perfect. The neck pickup sounds a little rounder and has less top than my Strat neck pickup does but it's still big and chewy and organic sounding. Kinda like a Tele?

If you want your telecaster to sound more like a Strat, why not just get a Strat?

Thats what I have. I feel no need to change them
You must log in or register to reply here.