"A woman sued by Eric Clapton after listing a bootleg CD for €9.95 on eBay now has to pay his legal

schmee said:
I'm not getting into reading the whole thing but if it IS a bootleg illegal CD, he should sue and any other musician should sue also.
Click to expand...

^^This^^. It is about business and someone's livelihood...many artists have pursued similar cases.

How does one get the word out? Set an example.

I had a bandmate (guitarist) who was present the first time we publicly played a song that the drummer and I had co-written. He laid a spectacular lead guitar part on the song. It made the good song sound great.

When we recorded the song (amongst others) and had CDs pressed, he was very angry that we had not listed him as a co-writer of the song…there was nothing to sue over, money-wise—we were a band of nobodies that were going nowhere—but he was truly offended that I had not given him songwriting credit.

Note: I gave him songwriting credit on two other songs that he significantly changed and contributed to, in regards to adding a bridge and chorus to one, and a beautiful melody to another…he helped finish songs that were incomplete.

With the song in question he’d played a really cool guitar solo over the rhythm line, melody, chords and lyrics that the drummer and I had already established before he joined us in performing it.

As I said, there was nothing to gain except maybe ego (which he had more than enough of)…but I was not going to give him credit for something that he’d had nothing to do with the creation of…that’d be like giving the nurse who was present at the birth of my daughter parental credit and rights…

However, when there is a copyright infringement—no matter how small, petty or stupid—it can add up to thousands of dollars (or more) of revenue.

Does EC need the money?
No…but if his publishing company (who is most likely the ones who brought this stupid lawsuit into place) allow this, they’re allowing a legal precedent to be set, and it will make it hard when a *real* case of copyright infringement comes into place.

I don’t like it, but that’s the way law works.

One other note:
The website in question has recently become rather obvious in their slant and leanings in their “spin.” Caveat emptor in what you read.

Cyberi4n said:
His views on the vaccine have nothing to do with copyright law, and deserve no place in this obviously biased article.

was it even him that sued her? Or his management company? If the latter, did he even know it was happening? Or even care?
Click to expand...

Or his management company?..that's what i'm thinking too..if any of this is true..it's most likely the management..i doubt clapton needs the money or he is any sort of an ass of this magnitude...but..until i care to know different based on facts..let him alone

stormsedge said:
^^This^^. It is about business and someone's livelihood...many artists have pursued similar cases.

How does one get the word out? Set an example.
Click to expand...

Yeah, I don't think any of them need the money, but the rest of us should get the correct product when you buy it.
S

Clapton is a COMPLETE HALFWIT.
STRONZ!

After being sick for 20 minutes or so...

I was always impressed by EC's chameleon like appearance on album covers in the 60's. Curly hair? Straight hair? Beard, mustache? whoa! I think I like him best with the mustache and velvet pants.

She should have listed as free but 50 euro postage.
Dick move from clapton though.

Location
I can see your house from here. 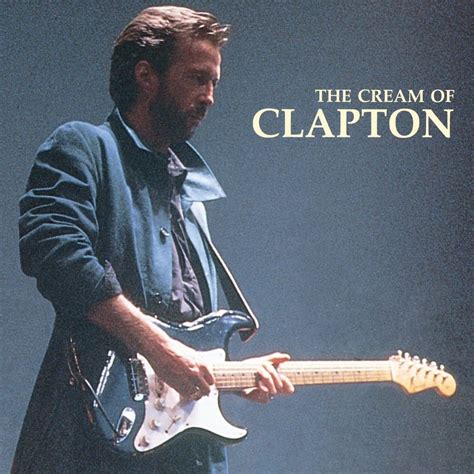 fleezinator said:
Not the biggest Clapton fan and probably less so now after reading that article’s 2nd to last paragraph. A little more digging produced this:
https://www.guitarworld.com/news/robert-cray-eric-clapton
Click to expand...

Thank you for the heads up. Much respect to Mr.Robert Cray.

Both Eric and Pete are still butt hurt about Hendrix showing up on the scene out of no where and stealing the greatest guitar player title by a mile...

I know not really related but seriously, a single $12 CD?... Was it the master copy, or only one in existence?.. Then maybe I'd understand, and if that was the case he should have bought it from her and then released it himself..

My first big concert was the Richmond stop of the Behind The Sun Tour. I was a huge Clapton fan back then, and played a black and white Ibanez Strat copy (couldn't afford a Fender). This summer my mother dug out the tour t-shirt I got that night, still in mint condition. It's waaaaayyyy too small for me, but I doubt I'd wear it even if it fit. As the years went on, I was less enamored with his new music and got tired of the old stuff (overexposure). Tastes change.

They say any publicity is good publicity, but Clapton seems to be hell-bent on proving them wrong. He seems intent on systematically dismantling any legacy he has left.

SnidelyWhiplash said:
Sorry, the Stones didn't sue them, ABKCO did. They own all the early RS publishing, not the Glimmer Twins.
Click to expand...

The royalties from Bittersweet Symphony went to the manager Oldham and also to Jagger and Richards. I just followed the money.

As far as I'm concerned, EC passed away (creatively) after Layla. That said, as a professional musician, with professional managers, who hire professional lawyers, stuff like this is gonna happen. Bootlegs are, and always have been, illegal.

Sell them if you dare.

I'm not much of a fan, never have been, but a guy I was working with when I was 18 gave me a copy of this album, and said "if you play guitar, you have to listen to this." 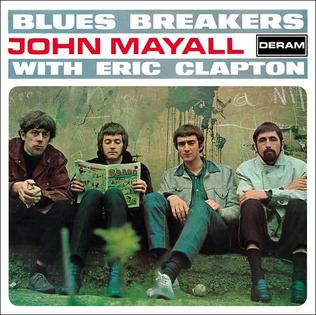 I don't really care what his opinions are about anything, but what little I have seen don't impress me.

Copyright theft? It's wrong, but it happens.

EC has always been a messed up dude since he was a kid. Jus sayin.

jimmywrangles said:
The royalties from Bittersweet Symphony went to the manager Oldham and also to Jagger and Richards. I just followed the money.
Click to expand...

Allen Klein sued not Jagger and Richards. And in any case the twins signed over their share of the publishing to Ashcroft and Oldham bought a watch strap.
https://www.npr.org/2019/05/23/7262...he-rolling-stones-give-royalties-to-the-verve