A question for astronomy folks

And you're correct about ISS as an occasional sighting based on it's path.

Killing Floor said:
You got it. Here's another valuable tip for you. Married to a Horn so...
It's like a touchdown in your mouth.
View attachment 1033915
Click to expand...

We love mustards. Gotta look into this. Is it available outside of Austin or maybe even Texas?

stxrus said:
We love mustards. Gotta look into this. Is it available outside of Austin or maybe even Texas?
Click to expand...

It's new and you can order it online.

The Dearborn Observatory at Northwestern University is open to the public on Friday nights.

They have a giant telescope. 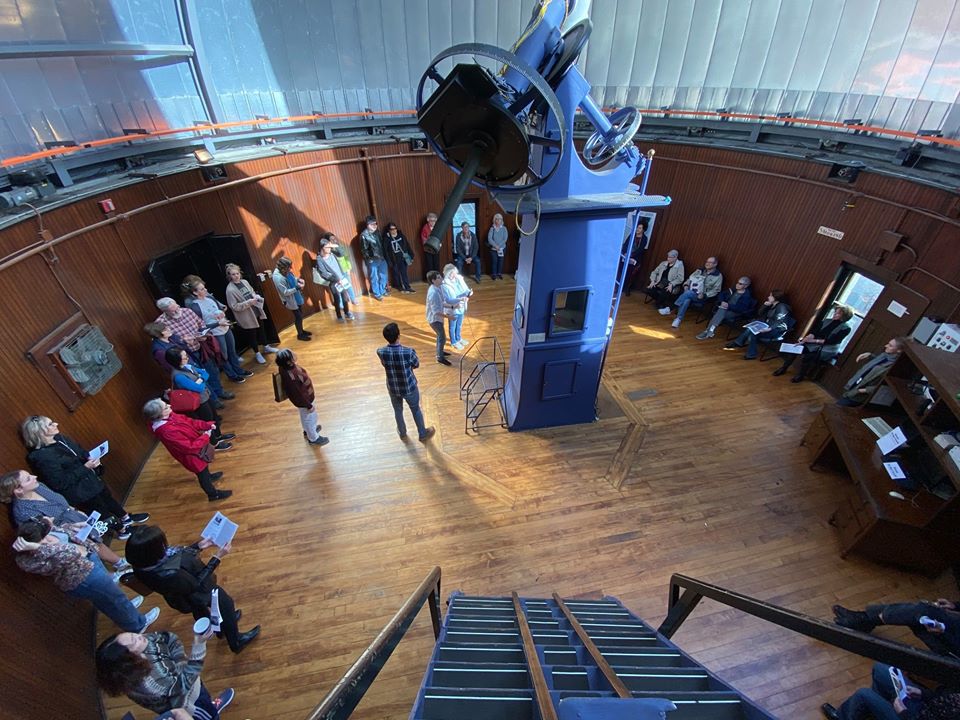 Last time I went, they had it pointed at Jupiter. You could see the bands spinning.

The planets move slowly relative to the background stars. So if you were to go outside every night at the same time you would see Jupiter in a little bit different position relative to the stars around it. Right now Jupiter is in the east and getting higher night by night. This is partly due to the earth moving which is causes stars (and Jupiter) to rise earlier every night. This is the normal seasonal change in what stars are visible at a given time. But Jupiter is also moving so it's advancing a little faster than the stars at present. This is why you would not necessarily have seen it prominently in that part of the sky last year at this time (for instance). The planets used to be referred to as wandering stars. Long before people understood they were not fundamentally the same thing as stars they still noticed that they moved differently than the other stars.

if u see uranus begin to rise... hang on, things are about to get dicey.
You must log in or register to reply here.

For aircraft enthusiasts: That won't fly. Aviation concepts, so crazy, nobody dared to fly or build them.