I have a 2” PVC plumbing pipe with a glued cap on one end (to seal) and the same cap on the other but pressed on. I fill it with methylated spirits and soak dead round wounds in there. I tie a bit of fishing line through the string eyelets, pop them in with the fishing line over the end of the tube and push the cap on.

They are pretty much as bright sounding as new after a couple days and I’ve not had any fatigue/failures from this method. Bass strings are expensive here so anything to extend the bright sound mileage is useful. That said, I don’t do this with flats (no real need).

I’ve seen other folks de-tune a fair bit then pluck the string up and down between the nut and the bridge. The string hits the frets and the crap comes out of the string. I think the theory is it comes out easier without tension on it. I’ve tried that and it does work but not for as long as my soak method. It’s good if u don’t want to remove the strings from the bass or need to brighten it up in a pinch.

bholder said:
Not mine, but here's a nice one: 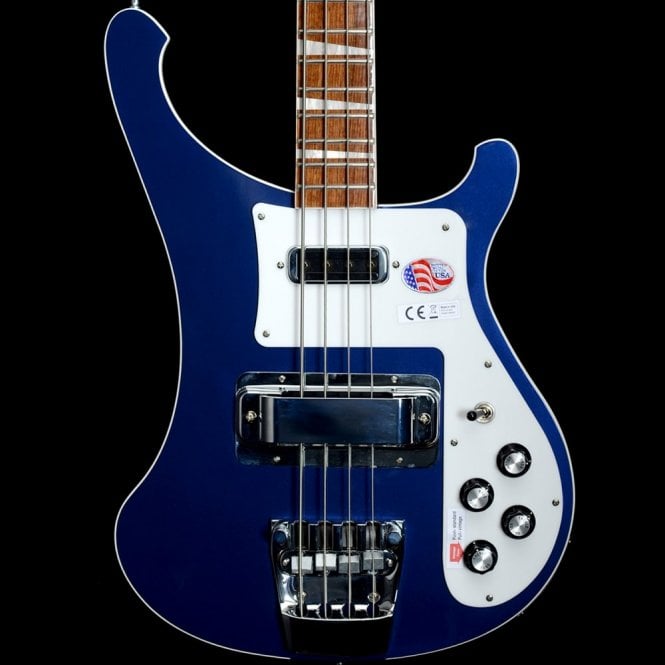 Bob Womack said:
A friend was recording in Nashville in the '70s and hired a bassist to play on his album. The guy had this wonderful full bass sound from an ancient P-Bass with no finish left. My friend asked the guy how he got that thunderous, low sound. The guy said that the strings were the originals from when he bought the bass in the early '60s. He just boiled them every now and again.

I read an interview with Duck Dunn, who said his '59 had the original strings on it, except one that had broken in the early '60s.

Jamerson was legendary for his strings. he once made the tech take the old strings out of the bin snd put them back on his bass. He said ‘the funk is in the gunk’

I've never boiled bass strings...probably because I don't play bass.
I've tried boiling guitar strings but it ruined my guitar finish something terrible, perhaps next time I'll take them off the guitar first.

toomuchfun said:
Thank you all for your kind replies. When I buy a 6 string guitar I change the strings within a week. At that time I take a good look at the frets. I'm still trying to figure out why it took me 35 years to think to remove these strings.

I had a jam yesterday and the bass player played it for an hour and a half. We're used to hearing a Jazz Bass, the Rickenbacker was different but worked well. The only issue is the pickups need adjusted for balance, the front one's real hot. Easy fix.

And yes, I will get a new set of strings, no argument there.
Click to expand...

Highly recommend, as seen on the 4003s above, with red silk, they sound as good as they look.

For some reason they are listed as an accordion accessory!

I understand what you are saying, but Rickenbackers, like Fenders must have their exceptions. I think it's bone stock but didn't ask the guy I bought it from.

I found an old set of bass strings that looked in great shape and decided to try them. I'm going to order a new set, hopefully with a holiday discount. I wanted to lower the front pick up, and there weren't springs to adjust, so I found some to add. Since I had to take the front pick guard off I decided to take both off and take some pics. The strings sound real good, but I will put a new set on soon.

Here's some pics for review. Any info would be appreciated. As an FYI, I've got an '81 4001 with the old truss rod set up and single-piece pickguard. Is this kinda like the ol' British Leyland thing where crossover years just get whatever is left over in the parts bin?

The trussrods nuts on my 79 looked different than that, pickup looks right on, wiring looks right on, the caps on mine did not say taiwan. The wiring channel on mine was the drill press series of holes not a smooth channel. It's remarkable how handmade they are, I think each one is different. Maybe, it depends on the habit of the who was on the job that day. For sure the pickup height makes a huge difference on that classic Rick sound.

I read on the internet that you can clean guitar strings in a microwave oven...so it must be true.

toomuchfun said:
I hope I can amuse, sorry if I miss my mark.

I play 6 string, but have collected guitars and hosted jams for many years. During that time I acquired a few bass guitars. The one of this story is a 1981 Rickenbacker 4003.

I got it in 1987 from the original owner, who played it for a year or two and lost interest. I showed it to a few of my friends who play bass and they liked it, but said the strings were dead. In the mid ‘90’s I hosted a weekly jam and a friend played it for a few years. It was ok but didn’t have that “clang” I sometimes hear. After that it sat in a closet and it’s needed strings for 35 years, if not the full 41.

I was reading an old Guitar Player mag and in the questions column is had one on boiling strings. I was aware of this, and have made many jokes about boiling strings. The answer stated it shouldn’t hurt, and might brighten the strings. My cheapness kicked in and I figured a couple hours is all I’d spend to see if it might work. Put the strings in a rolling boil for a half hour, pulled them out and after cooling, dried and set out in the sun to fully dry.

While they were drying I cleaned the headstock and the fretboard. A quick look at the frets showed no divots or wear other than a few dull spots on the frets. When I touched a dull spot it was rough. Then I ran my finger along the length of the fret and all of it was rough. Then I found every fret was like that. One trick I have is to use a pen eraser to dust gunk off a fret. I couldn’t find one and a regular pencil eraser did nothing. I taped the board and tried extra fine steel wool. With some elbow it cleaned up real nice.

I guess it was a combination of sweat, finger jam and corrosion. It almost seemed like some of the lacquer on the board got on it, being mostly clear.

I put the strings back on, tuned it up and let it sit for a while. Came back and retuned. Even without an amp I could hear a clearer sound. Plugging in and darn if don’t have that classic Rickenbacker clang. A real bass player came by, played it and said “What took you so long?”

So I think boiling the strings did help, but cleaning the frets might have helped more. It deserves a new set but that might be for the next owner. Here it is with boiled strings and clean frets.

I wonder if some / most of the gunk on the frets was the finish?? Rickenbacker lacquer those fretboards (even rosewood) pretty heavily and May just leave the stuff that gets into the frets for the buyer to take off (by cleaning or by playing).

Highly recommend, as seen on the 4003s above, with red silk, they sound as good as they look.

For some reason they are listed as an accordion accessory!
Click to expand...

I have these on my Warwick and they're fantastic - I am a flatwound covert but I also play fingerstyle and never with a pick so that's probably a major factor. My set of Thomastiks are probably 15 years old and never been boiled so maybe they're due for a stint in the stock pot

AAT65 said:
I wonder if some / most of the gunk on the frets was the finish?? Rickenbacker lacquer those fretboards (even rosewood) pretty heavily and May just leave the stuff that gets into the frets for the buyer to take off (by cleaning or by playing).
Click to expand...

I'm still pondering that myself, I wish I would have taken a photo before cleaning.

The sides of the frets where it meets the board was clean, it was just on the top of the frets. And it felt rough the length of each fret. It didn't come off rubbing it with a towel or using my fingernail.

I also wish I looked over the strings before boiling them to see if there was residue on them. After boiling I could still see fret marks in a different shade but that's all.

But my biggest mystery is why I took so long to just remove a string and check the frets. No good answer there.

McGoldTopp said:
Bass strings only get changed if they break.
Click to expand...

dlew919 said:
Jamerson was legendary for his strings. he once made the tech take the old strings out of the bin snd put them back on his bass. He said ‘the funk is in the gunk’
Click to expand...

I thought the quote was, "The funk is in the funk," but yeah, that's my excuse for never changing the strings on my bass.
S

La bella are good flats, Jamerson deep talking
Rotosound swing are my favorite heavy roundwound 50-110 still easy on the fingers, huge sound. I don't think I would use them on a Rick they might chew up the frets and lots of tension on the neck. But they are the best sounding to my ear.

radtz said:
I usually flambe my bass strings in a fine cognac.
Click to expand...

If I break one into small enough pieces I think I can fit it into a stock pot.
You must log in or register to reply here.

Use a nickel for height adjustment checking...
2

Yesterday at 2:15 AM
Solaris moon