hey all, hope all is well!
I decided to leave some solder on the tracks. Main reason is conservation of the tracks a (theoretical) side effect should be less resistance and higher handling (?)

Board is back in the amp, I finished all the wiring, made sure there's proper ground connection between chassis, jacks & cord and put the fuses in. I'll give all wiring and connections one last check and then start with a printed copy of @robrob 's amp start up procedure. Just decided to drop more pics - now would be great timing to let me know if you spot something fishy

Thanks again for your suggestions and help so far!! 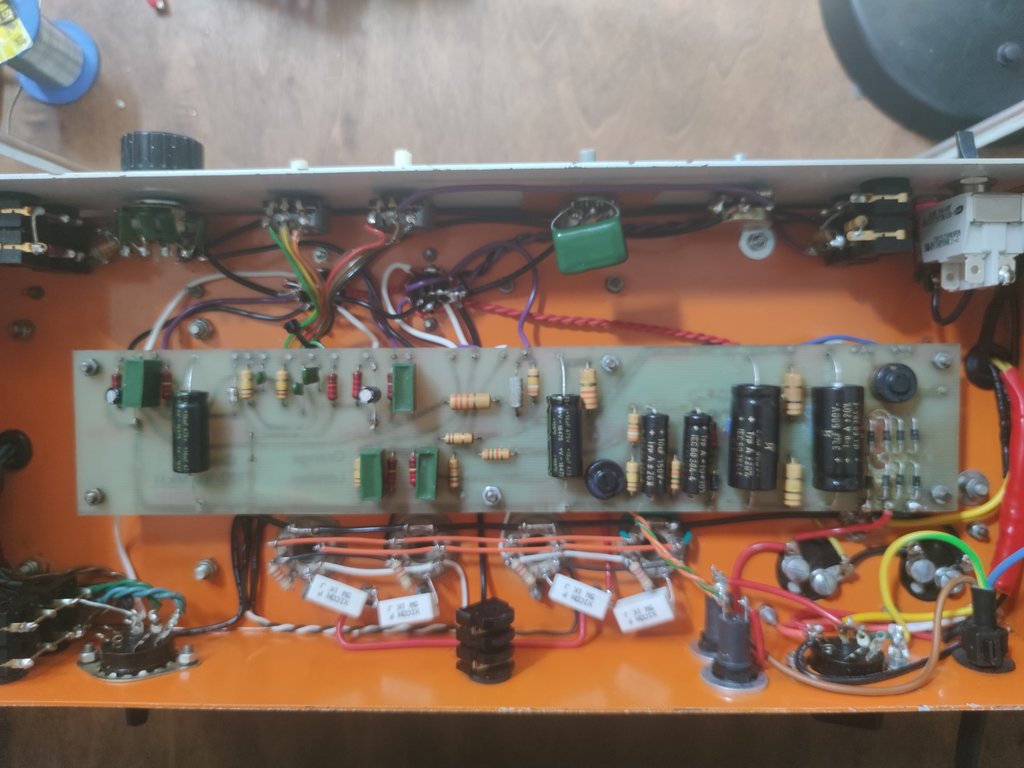 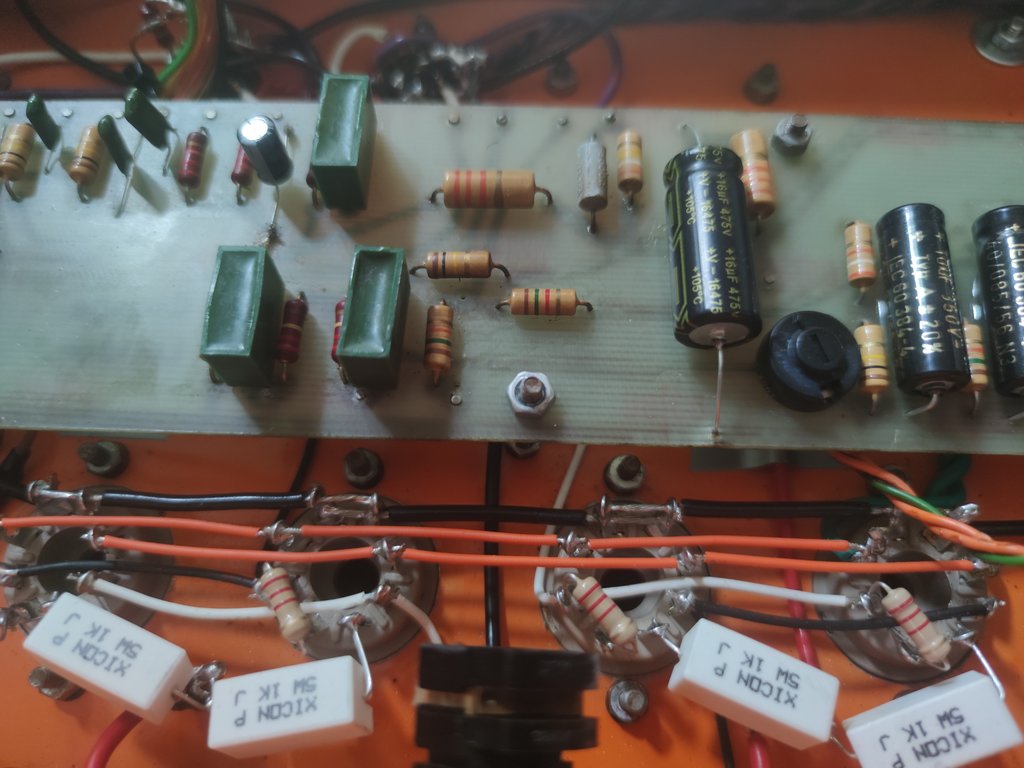 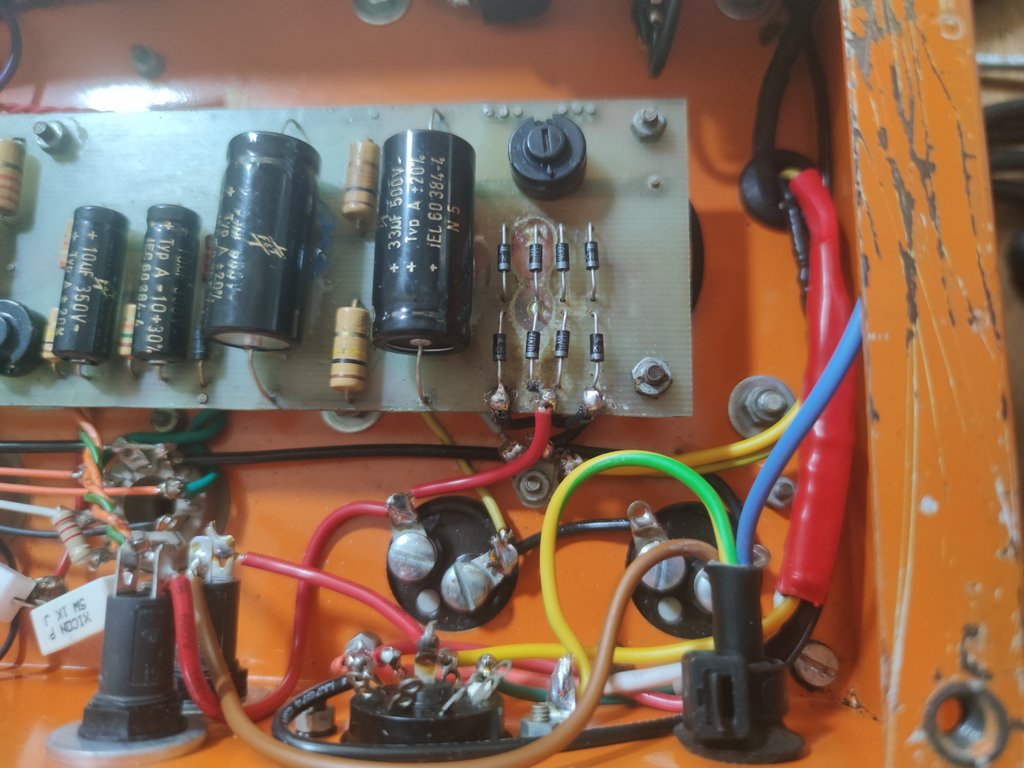 I set the bias at 63% max. dissipation rating as that's what I took away from a couple of threads online and played it for a bit last night. Carefully checked the tubes for red plating from time to time and so far they seem to be doing ok, though there's quite a bit of heat coming off the amp, but I guess that's to expect.

- there's a "mechanical" noise coming from the PT, maybe "buzzing" would describe it best. It's not too loud and immediately buried once you start playing at any volume, but still noticable when it's quiet around. A tiny bit of that noise is also translated to the speakers, but you have to really get close to the drivers to hear it - so yes, it's coming mainly and directly from the transformer itself. Maybe it's just the bolts holding the case together? - I'm gonna check this first

honestly, I was expecting to see much higher voltages. Looking at one schematic it should be around 480V and that's dated to 1974 - so even with the old lower wall voltages they got much higher B+. Checking other threads about the OR120 online, I must be the first to complain about low B+ most people are getting Voltages well in to the 500's...
While putting together and hooking everything back up, I noticed a shortened & isolated pair + 1 single isolated conductor coming out of the PT-2nd (noticably thicker cable too; you should be able to see them on one or two of the pics on the previous page of this thread) - and I suspect this could be a higher windings tap + center... If I wanted to test them, can I just measure between each 1 conductor of the pair and the suspected CT while there's power on the PT? I guess a "cold" resistance measurement between the 2 suspects and comparing to the now used HT taps wouldn't be accurate enough to know what we're dealing here on the mystery pair + suspected CT..?

Anyway, I'm really happy how everything turned out even if I have to splice and solder 3 more wires and do all the measuring again- so be it )

here's the voltages I took with 409V B+ @ bridge rectifier
V1 receives 5.8VAC for heaters; V6 6.1VAC - both are last in line so I didn't bother checking the others... they're glowing


Please let me know your thoughts, suggestions, criticisms... anything really

and here's the only schematic with voltages that I know of...

V
Can someone help me understand the Fender Sidekick tonestack?