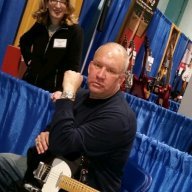 "THERE ARE TWO KINDS OF GUITAR PLAYERS IN THIS WORLD. GUYS WHO CAN PLAY A TELECASTER AND EVERYONE ELSE" Sep 29, 2020